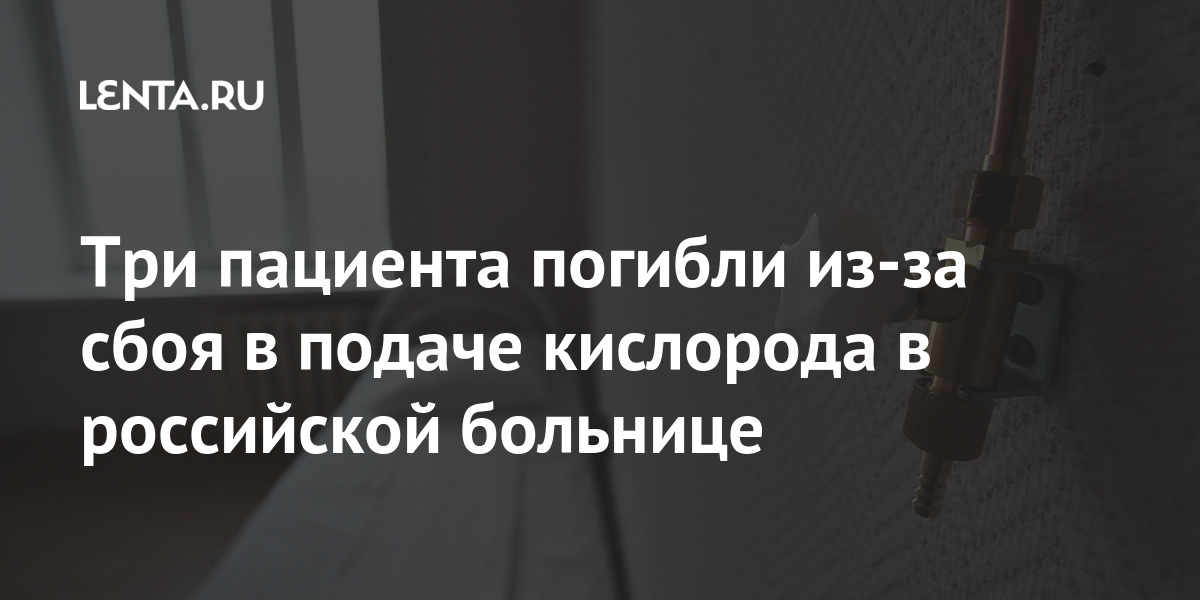 Three patients died due to a failure in the supply of oxygen in the intensive care unit of the hospital in Nikolskoye. Reported by TASS citing the source.

“In the Nikolskaya hospital in the intensive care unit, according to preliminary data, three people died due to the cessation of oxygen supply,” – said the agency’s interlocutor.

The fifth channel, with reference to the head of the security service of the Nikolsk hospital, Vladimir Butov, clarifies that the emergency occurred due to a sticking gasifier valve.

According to information Telegram-channel “BAZA”, the incident occurred in the department for patients with coronavirus infection. All patients were in serious condition and could not breathe on their own without ventilators.

The hospital was redesigned to receive patients with COVID-19 in May 2020.

On October 21, 2020 it became known about the death of 13 patients of the hospital No. 20 of Rostov-on-Don due to a lack of oxygen. The city administration said on the same day that the hospital had no emergency situations related to the supply of oxygen.

Cutting virtual education for students due to fee delays