Three laws for a new generation of feminist rights 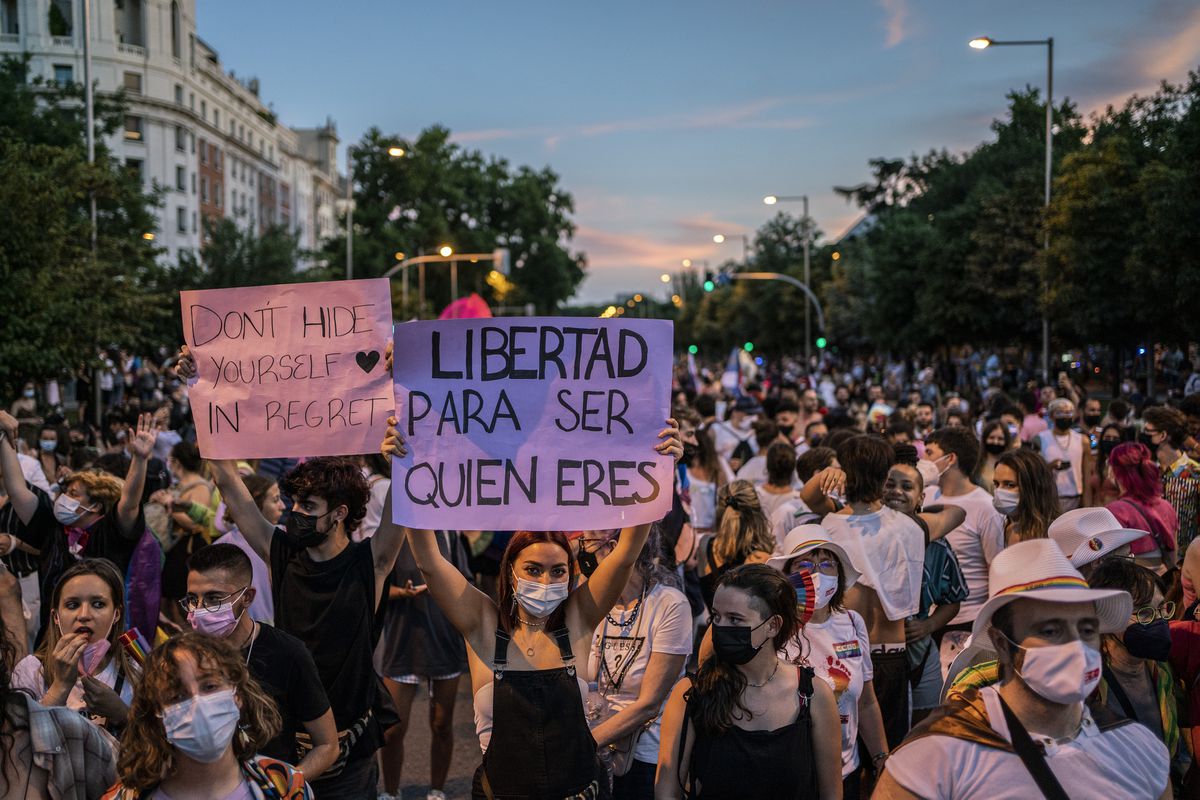 The Ministry of Equality takes up three legislative initiatives in September – the reform of the abortion law, the sexual freedom law and the one known as trans law– whose processing he hopes to complete before the end of the legislature. They are profound and ambitious reforms that Minister Irene Montero describes as “a new generation of feminist rights.” The ministry that manages United We Can (UP) hopes to leave its mark with them after the social advances that put Spain at the forefront at the beginning of the 21st century and which have the seal of the PSOE, such as the gender violence law (2004), that of Equality (2007) or the one that allows marriage between people of the same sex (2005). In the Equality Cabinet they have decided to put the accelerator this fall with these three proposals, aware that they have a unique opportunity to be in the Government.

The two most advanced bills – the sexual freedom law and the trans law– They have been saving stages these months despite the fact that they have encountered opposition even in the socialist part of the Government and the forced stoppage that represented the hardest months of confinement in the coronavirus pandemic, when all efforts were focused mainly on attending to the victims of sexist violence. These are the three proposals, the path they have traveled and the one they still have to advance:

Reform of the abortion law. It is the least advanced of the three. The Ministry is working on a first draft that it expects to have in the last quarter of the year that would mean a turnaround to the current one Sexual and Reproductive Health and Voluntary Termination of Pregnancy Act, 2010. The intention of Equality is to eliminate “all the real obstacles so that the rights that are recognized are rights that all women can enjoy,” explained María Antonia Morillo, director of the Women’s Institute, in a conference held in July in which Some of the aspects of the future reform were debated, with changes that they understand as a “mandate of the feminist movement,” according to Morillo as well. In those days, Montero announced that the reform will include measures to limit conscientious objection of doctors, the three days of reflection that currently contemplate the norm will be eliminated and it will allow young women of 16 and 17 years to abort without having to count with the permission of their parents. The latter is included in the agreement signed by UP and PSOE to form a government.

In the words of the minister, it is a question of guaranteeing that any woman can go “to a public hospital close to her home” to access the voluntary interruption of pregnancy. “There are autonomous communities in which not a single voluntary interruption of pregnancy has been practiced in a public center and there are even those in which many women have to leave their autonomies, with all that this implies,” Montero recently pointed out during an interview. with EL PAÍS and Le Monde.

The initiative goes beyond abortion itself and also includes measures to try to limit surrogacy (or surrogacy, a woman carrying a child for third parties) or against obstetric violence, which some women suffer in health practices during pregnancy and delivery. Equality considers that obstetric violence are not isolated practices, but one more form of normalized sexist violence, based on sexist biases and stereotypes. There are no official data to know its magnitude, although there are organizations, such as El Parto Es Nuestro, that have been demanding for years to focus on this matter and know its true scope. After the announcement of Equality, professionals who attend childbirth and the puerperium in Spain, have also asked to participate in the elaboration of the reform of the law and they are even collecting signatures for it.

Trans law. Waiting for how the initial processing of the abortion reform, known as trans law –The Law for the real and effective equality of trans people and for the guarantee of the rights of LGTBI people, whose draft was approved by the Council of Ministers on June 29th– is so far the one that has aroused the most controversy inside and outside the government. The disagreements during the processing of the regulation between then-Vice President Carmen Calvo and Minister Montero partially pushed Calvo’s departure from the Executive. At the center of the debate is what is known as free gender self-determination, which means that anyone from 14 years of age -although with the authorization of parents or guardians if they are under 16- change the sex and name on the DNI after a period of time three months. Five tense months passed from the first draft of the law until a text reached the Council of Ministers. In part, due to the objections raised by the Executive itself, appealing to legal certainty and due to the opposition from the feminist movement, which see the future law as a threat: they consider that if the sex is chosen, that puts all the rights at risk. laws that prevent discrimination against women and are founded on inequality.

There is still a journey of indeterminate duration, since the reports of different advisory bodies are required, such as the Council of State or the General Council of the Judicial Power, and all the parliamentary processing in the Courts, where the groups hope to be able to incorporate issues that were in the initial draft of Equality, but they do not appear in the current document, such as the change in registration from the age of 12 (with the approval of parents or guardians) or the recognition of non-binary people – those who do not identify themselves even as men nor as a woman— for which the groups claim a third box on the DNI.

Sexual freedom law. It is the one with the most advanced processing. The preliminary draft of the Organic Law of Comprehensive Guarantee of Sexual Freedom arrived on July 6 in the second round of the Council of Ministers. Already converted into a bill after the review of the advisory bodies – the report of the General Council of the Judiciary was especially harsh – the forecast is that it will begin its parliamentary procedure in September. The text revolves around consent, of which it includes a definition. Its objective is the comprehensive protection of the right to sexual freedom and the eradication of all sexual violence. It eliminates sexual abuse, classifies street sexual harassment as a crime for the first time and includes the creation of 24-hour attention centers for victims, which it equates with those of gender violence.