Three coronavirus tests per week: the new routine in Denmark to use public spaces 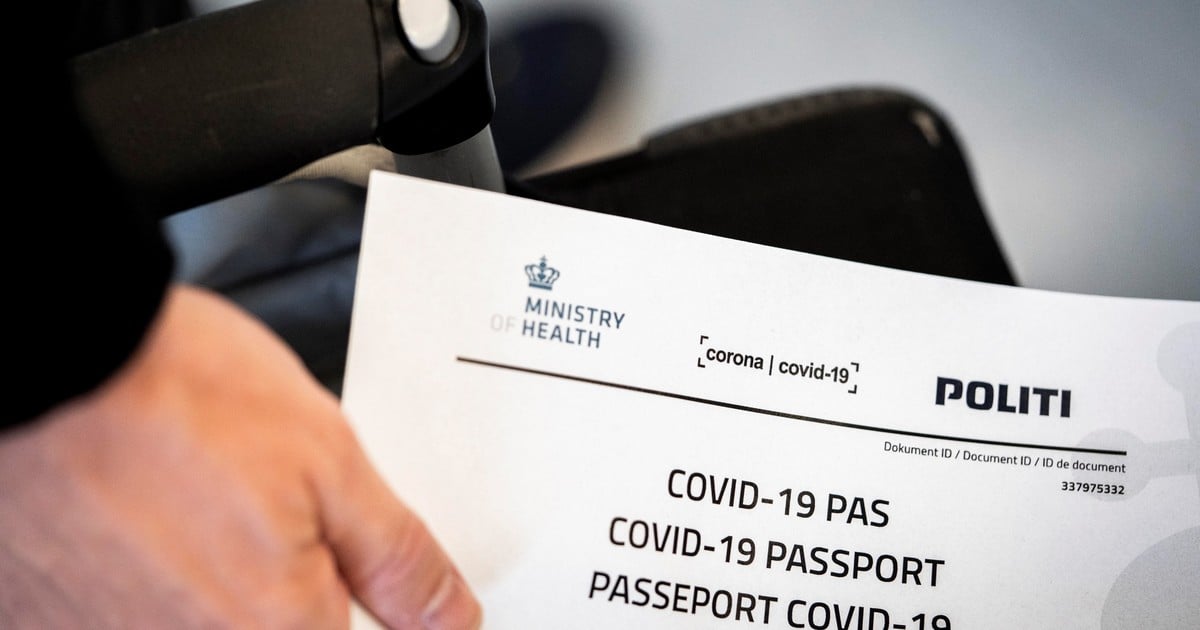 The screening tests the coronavirus have already become a fundamental part of the routine of many people in Denmark. At least, of those who have not yet been vaccinated and who want to socialize in public spaces.

The Scandinavian country began to relax restrictions anticovid in mid-April, but made it subject to the obligation to present the so-called crown (crown passport), which certifies that the person is immunized – either by the vaccine or because the infection has already passed – or tested negative in a test performed within the last 72 hours.

“If you want to have the week covered, you have to do three tests a week,” explains Kasper, who comes out of having a PCR in the large temporary facilities located near the Bispebjerg hospital, in the north of the Danish capital.

It is a temporary center made up of a large tent to protect those who queue from inclement weather or the hot sun of these early summer days.

A cell phone, with the “Coronapas” app, to be able to access workplaces and public spaces in Denmark. Photo: AFP

Throughout the country there are more than 650 centers where detection tests can be done, be it PCR or rapid antigen tests.

In many of them You don’t need to make an appointment, just stop by and ask for the test. Once the result is ready, it can be checked in the crown passport app or received by message.

In all cases they are free, for Danes and tourists. In fact, those who arrive in Denmark by plane must undergo an antigen test before leaving the terminal, unless they are already vaccinated with the full regimen.

The Danish government announced this Friday a pact with a parliamentary majority to fully lift restrictions gradually Until October 1st, the date marked for the return to normality.

Among other things, already on Monday the obligation to wear a mask in closed spaces will be eliminated, except in public transport if it is full and passengers cannot sit.

However, the “crown passport” will remain active.

At this time it is requested to enter the interior of restaurants, libraries, museums, cinemas, theaters, theme parks, zoos, gyms and hairdressers, among others.

From September, when they can reopen, it will also be requested in nightclubs.

Clara, who works at the Royal Library of Denmark controlling the crown of everyone who wants to enter the building, he assures that it is a well-accepted measure.

“People have gotten used to it,” he says. “Until recently, I did a test a week. Now more, because I work here and the gyms have also reopened. If you want to do things, you have to do two or three each week, ”he explains.

A hairdresser in Copenhagen, day behind. Denmark will no longer require chinstraps in closed places. Photo: EFE

Òscar, a Catalan living in Copenhagen, also adopted him as a routine. “I take a test on Monday, Wednesday and Friday, before I start working. I usually coincide with the same worker, they even learned my phone number in Spanish! ”, He says.

“Even if you meet friends at someone’s house, it is super accepted that everyone takes a test first. Everybody knows it and everybody does. It is a way of feeling more secure ”, he adds.

In addition to the restrictions, the Danish government recommends that those who work in person and socialize with other people get tested at least once a week.

Denmark – which accumulates 2,520 deaths from covid and an incidence in the last two weeks of 215 new cases per 100,000 inhabitants – It is the first country in the world in number of tests in relation to its population.

With 5.5 million inhabitants, it performs more than 750,000 tests daily. According to a document from the Ministry of Justice published by the newspaper Berlingske, this policy of free mass tests costs 2,000 million Danish crowns per month, about 270 million euros.

The Social Democratic Executive bet from the beginning of the pandemic for a strategy to enhance screening tests as a control measure, but the high cost has led to criticism from some sectors.

However, the Minister of Justice, Nick Hækkerup, justifies it by the benefits it brings, and adds that it will soon be lowered because there will be more people vaccinated.

To date, 44% of the population has received at least one dose of the coronavirus vaccine, and almost 25%, both.