Threats in El Salado: the ghost of one of the worst massacres in Colombia returns 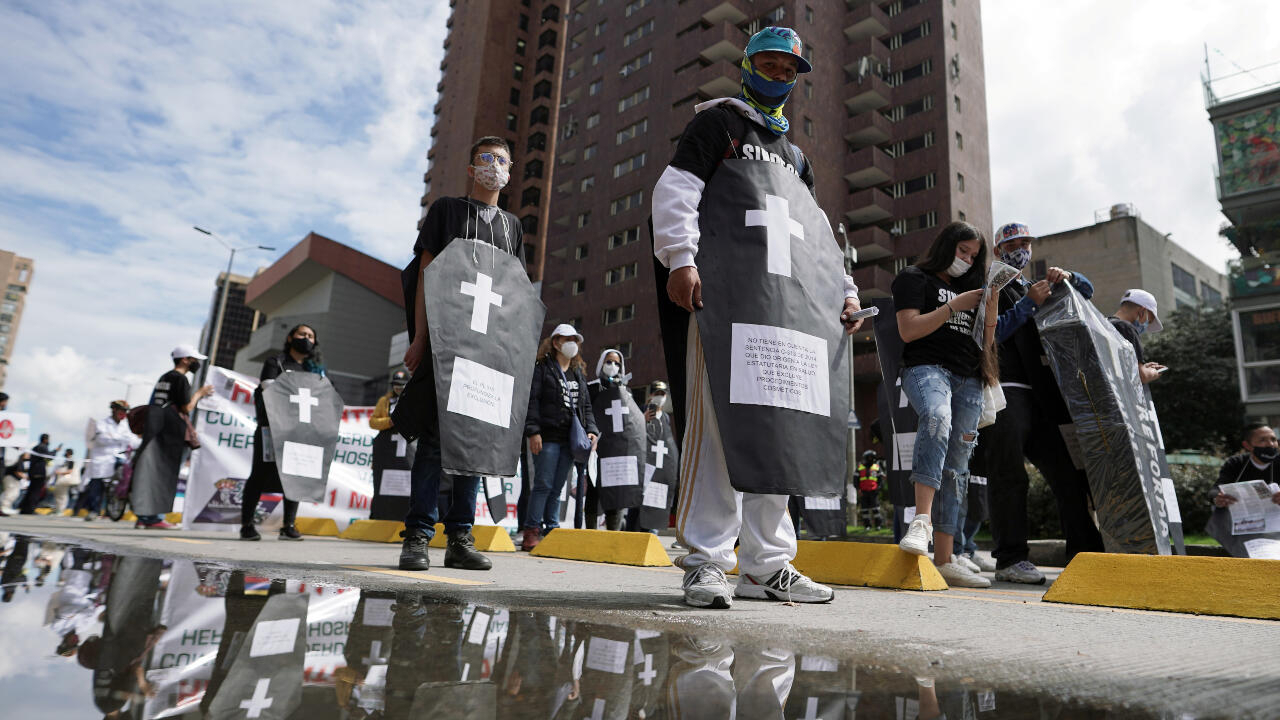 Messages and pamphlets have been circulating since last week against the social leaders of a town in the north of Colombia that 21 years ago suffered one of the worst massacres in memory in that country. The warnings have escalated to threaten the possibility of a new massacre by drug trafficking groups.

It all began between January 15 and 16 of this year, when several social leaders in the region received text messages on their mobile phones in which they were dictated a death sentence: “Abandon El Salado or lead (the bullets) it will go for you, “said the warnings.

The next night, the power went out and when it dawned they realized that the town was full of pamphlets with the faces of the leaders and the reiteration of threats. This time there was a new notice for all the inhabitants. “Refrain from going out into the streets after 9:00 pm We will not answer for anyone after that time, because we are going to enter,” said the document signed by the ‘Águilas Negras’, an illegal group that emerged in 2006 after the demobilization of paramilitary groups whose name has harbored multiple armed factions.

The community denounced the incident and in Colombia alarms were raised due to the fear that El Salado could repeat its bloody history. The Prosecutor’s Office appointed one of its officials from the Human Rights Unit to investigate the threats, the Police sent an elite body and the Ombudsman’s Office – which is the official entity for human rights in the country – delegated one of its highest officials to coordinate on the ground actions that protect the population.

Two of the people at risk are Yirley Velasco and Luis Torres, the first being a leader who spoke out for women’s rights. Torres, for his part, has dedicated himself to promoting the return of displaced citizens, many of whom fled after the massacre that occurred in 2000.

But neither the visibility of the cases nor the institutional actions have been sufficient to stop the threats. On the contrary, last Wednesday, January 20, the leaders again received a message on their mobile phones and this time with a more dangerous warning. “They do not have the right to open their mouths. El Salado is a land where people believe that a paramilitary group will never enter to slaughter them again. Well, they are wrong because we are going to end the plagues and rats that inhabit this community. The day they least think, we go in and all those marked will die or we will simply finish you off if you do not leave the territory, “the content said.

This caused a large part of the residents to abandon their homes and crowd around the town’s police station, according to the Ombudsman’s Office. The worst thing is that they are contemplating a massive displacement, which would recall the exodus that took place after the massacre of 2000 and that turned El Salado into a ghost town for more than a decade.

However, several of the threatened leaders remain in their position of staying. Luis Torres, for example, told various local media that he does not want to become displaced again and that he will defend the right of people to live in the town.

We express deep concern over the repeated threats against leaderships of #The salty Bolivar. We demand that illegal armed groups cease attacks, and we encourage authorities to redouble efforts to protect, prosecute and mitigate violence in the #MontesDeMaría pic.twitter.com/5HTnEDBMQD

The situation is so worrying that international organizations have begun to give their voice of warning, as did the Mission to Support the Peace Process in Colombia of the OAS.

In addition, the pamphlets arrive in the middle of a spiral of violence that crosses the country. Massacres doubled in 2020 compared to 2019, according to the Office of the UN High Commissioner for Human Rights.

And so far 2021 does not seem to be the exception of the massacres because, in the little that goes of the year, non-governmental organizations like Indepaz have registered five massacres and 19 assassinated social leaders.

A sinister massacre that marked the history of Colombia

The threats of a new massacre in El Salado reveal memories of the many humiliations that the citizens of that municipality suffered between February 16 and 21, 2000.

In those days, 450 paramilitaries supported by constant overflights of armed helicopters took over the town. The National Center for Historical Memory investigated the facts and it narrates that the attackers played drums, bagpipes and accordions – all instruments of the typical music of the region – before beginning the slaughter.

In less than a week they killed 60 people. Dozens of them were assassinated by paramilitaries on the town field, then cut off their heads to play soccer with them. The survivors were forbidden to collect and bury their dead. All this happened without the public force stopping the massacre.

The illegal group accused all of its victims of being leftist guerrillas or being linked to them, but the truth is that for decades multiple armed groups in the country have contested these lands for being a strategic drug trafficking corridor.

The terror of the massacre was such that the citizens were displaced and a decade later only 730 inhabitants of the 7,000 that El Salado once had had returned. Even being outside the region, many of them report that fear of what happened in the massacre haunted them.

“When she heard a helicopter, she would get under the bed. ‘Mommy, the helicopter is coming. I don’t leave here, and if I go out they will kill me, they will kill me, Mommy'”, says one of the testimonies collected in the investigations carried out by the National Center for Historical Memory.

Since then, El Salado has tried to overcome the horror and stigmatization that the armed conflict brought them. In the last decade, institutional and private sector efforts have been redoubled to promote a massive return to these lands. And now the threats of a massacre that has never been forgotten are returning.

The most dangerous violations on the roads of Moscow are named

This is the total value of Xbox Game Pass