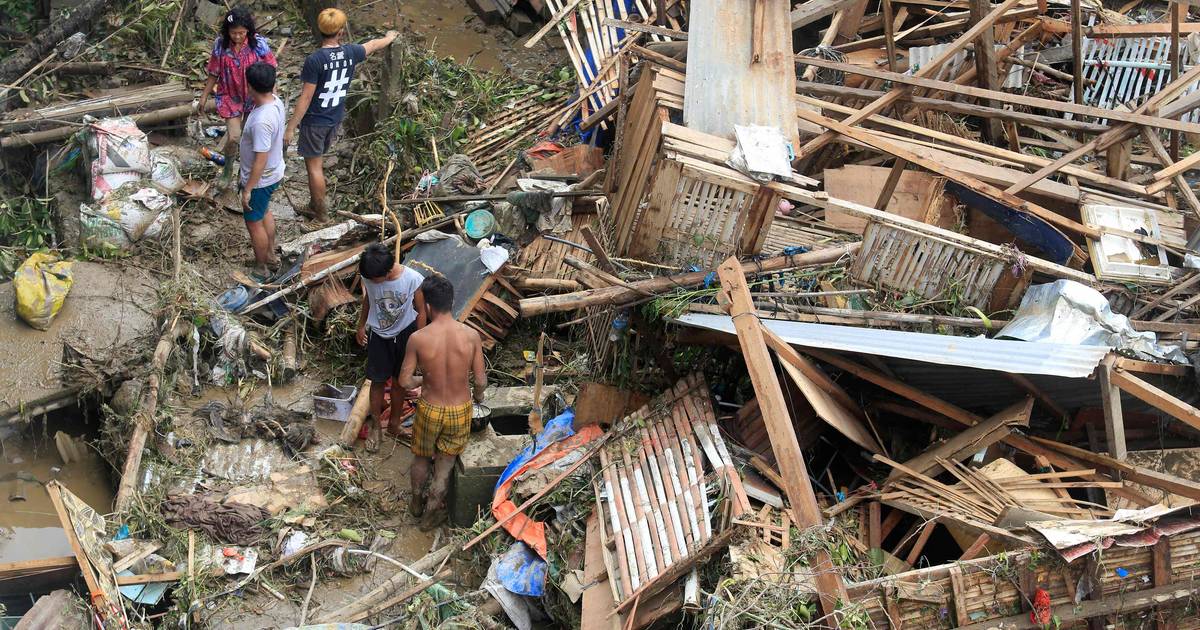 The Philippine authorities are sending more than 18,000 rescue workers to areas hit hard by Typhoon Rai. The severe storm made landfall on Thursday and left a trail of destruction in southern and central regions of the country. At least 18 people have been killed and seven missing, according to official figures. Local authorities speak of at least 24 fatalities.

Rai hit the Philippines as a super typhoon on Thursday with winds of up to 195 kilometers per hour and was accompanied by a large amount of rain. More than 300,000 people had to leave their homes because of the bad weather. On Saturday, the typhoon had weakened and moved through the western island of Palawan towards Vietnam, the Philippine National Weather Agency reported.

The region around Surigao, a city on the island of Mindanao, has been hit hard by Rai. Coast Guard images show roofs blown off, buildings badly damaged and trees uprooted. There are also reports of destruction and damage to the electricity grid from other places. On Thursday, approximately five million people were without power and the telephone network is also down in many places. A governor from the affected area warned that food and water supplies are dwindling.

See also  Berlusconi, the minutes of Graviano: "There is a paper with the pact signed by him"

According to the national disaster service, the damage that Rai has caused is not so bad as compared to previous severe typhoons. The Philippines experiences an average of 20 typhoons each year. Rai is the fifteenth and heaviest of this year. In 2013, the Asian country was hit by the worst typhoon ever. Super Typhoon Haiyan killed more than 6,300 people and displaced four million people. Scientists warn that the typhoons are getting heavier due to climate change. It is not a question of borders, but of humanity