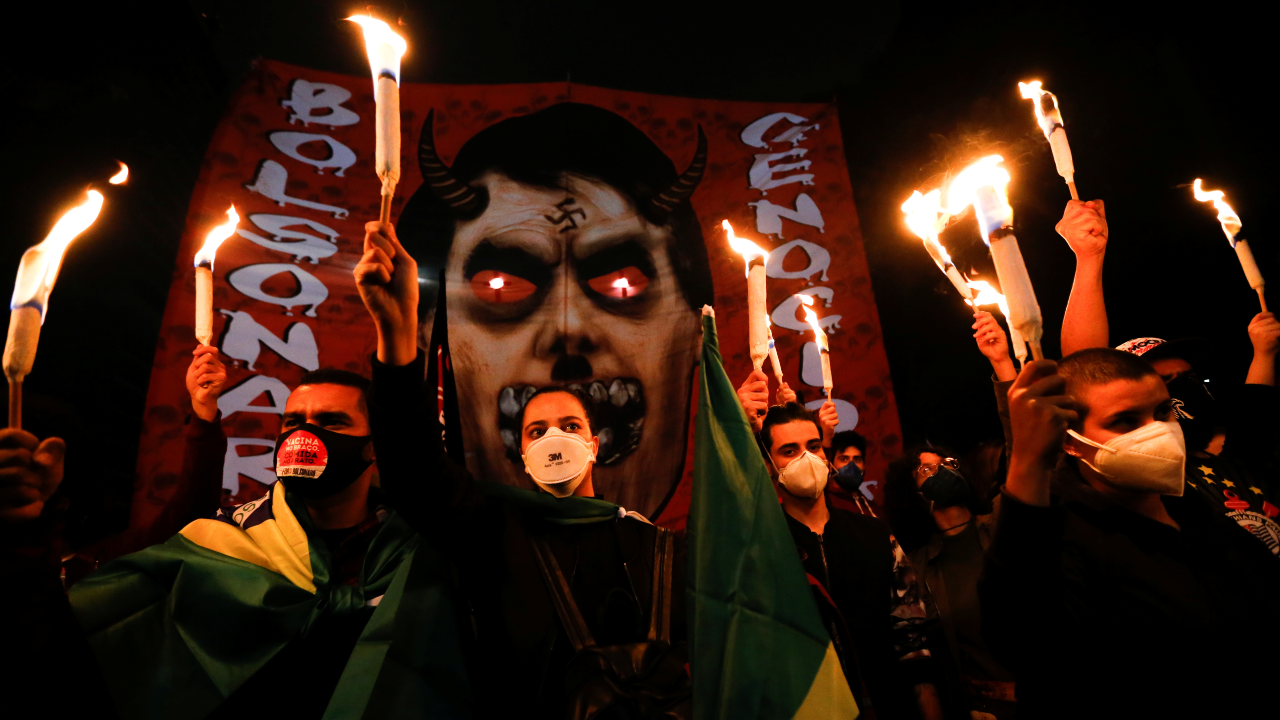 One year after the general elections in Brazil, the president, Jair Bolsonaro, is experiencing his worst moments in office. The protests against him follow one another, while the Prosecutor’s Office continues to collect evidence of overpayments and corruption in the acquisition of doses of the Indian vaccine, Covaxin.

“Out with Bolsonaro” was the slogan that resounded, this Saturday, July 3, in 315 cities of Brazil. It is the third protest in the last five weeks, in demonstrations aimed at the departure of the president, Jair Bolsonaro.

Since the beginning of the pandemic, the country has registered more than 523,000 deaths, only surpassed by the United States, while vaccination advances slowly, with 76 million Brazilians – out of a total of 210 million – with one dose and 27 million with the guideline complete.

The protests were initially called for July 24, but reports about the irregular purchase of vaccines that dot the president are intensifying the unrest, with more and more citizen requests that Bolsonaro leave the Planalto Palace before the General elections, planned by October 2022.

Some demands that have passed from the street to the corridors of the House of Representatives, where the opposition, both from the left and the right, have formalized a petition for the impeachment of the president.

Overpayments and corruption in the purchase of the Indian vaccine

On Friday, the Supreme Court judge, Rosa Weber, authorized the Prosecutor’s Office to initiate a 90-day investigation against Jair Bolsonaro, for breach of duty when acquiring the Indian vaccine, Covaxin, from the Bharat Biotech laboratory.

The president would be involved in a contract of 316 million dollars, in exchange for 20 million doses through a Brazilian intermediary, who has been under investigation since 2017, for having “sold” drugs to the government that he never delivered.

However, a Senate commission, which investigates the handling of the pandemic by the Executive, assures that there would be a surcharge of up to “1000%” and corruption in the contract. Part of the payment would have to have gone to a Singapore-based company that was not listed in the agreement. The Commission assures that Bolsonaro was notified of the irregularities. Following these accusations, the Government suspended the acquisition.

In addition, another case of corruption was also known this week. A police corporal confessed to having tried to sell the Executive 400 million doses of AstraZeneca in an operation that was suspended when a high official in the Ministry of Health had asked him for commissions equivalent to one dollar per unit.

Demonstrations against Bolsonaro have been common throughout the legislature. However, the latest information that sprinkles the former anti-corruption candidate is taking their toll, even among his voters.

The president would have lost one in three voters and, according to the IPEC institute, the rejection of the government went from 39% in February to the current 50%.

In addition, another Ipec poll shows that, if the general elections are held today, scheduled for October 2022, the former left-wing president, Lula da Silva, would be elected with 49% in the first round compared to Bolsonaro, who would obtain 26% .

The president assures that the polls are “a lie” and that a “fraud” is being prepared.