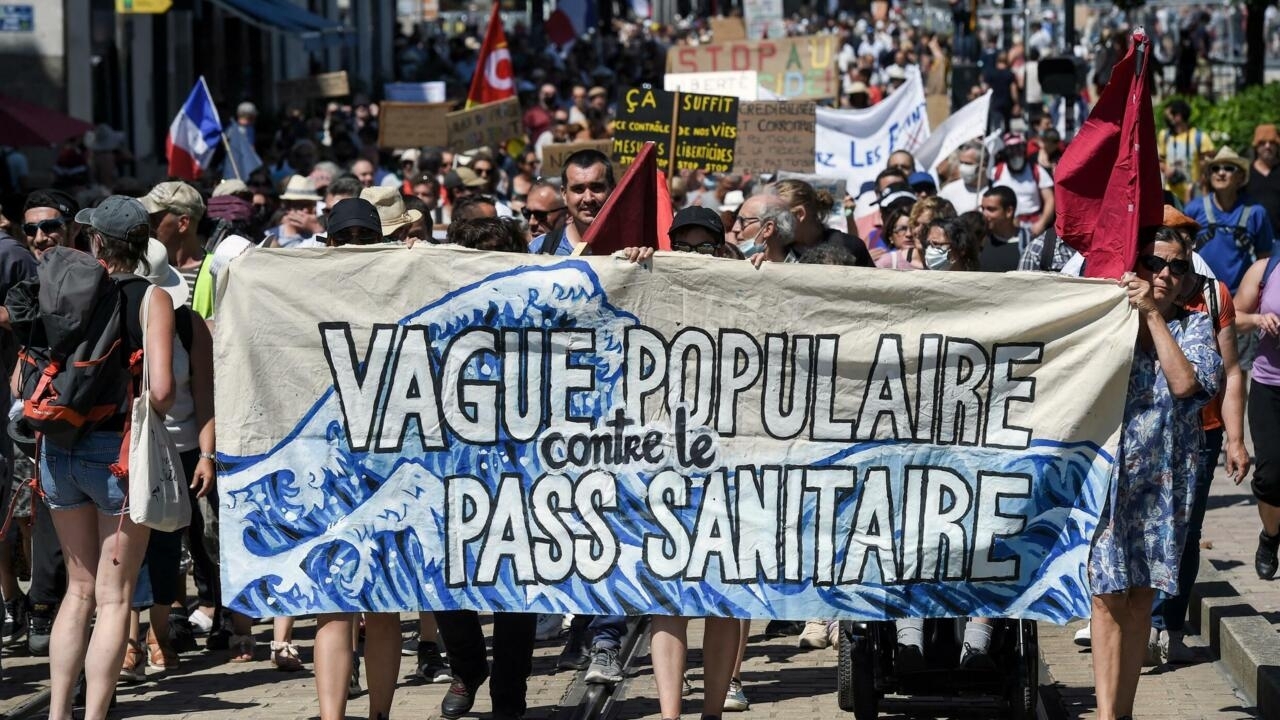 This is the largest day of marches recorded to date France against the health pass imposed by the Macron Government against the fourth wave of Covid-19. It is estimated that more than 200 demonstrations gathered 250,000 people across the country.

Thousands of people took to the streets of Paris, Marseille, Nice, Montpellier and other cities this Saturday, August 14, with banners reading “Pass = Apartheid” and chants of “freedom, freedom.”

Since last Monday, the French must show a health pass in public places that shows that they have been vaccinated or that they have recently tested negative for coronavirus.

The government, led by Emmanuel Macron, assured that it will toughen the reviews after the police have had difficulties to check the passes. In addition, the Executive warned that Covid-19 tests will no longer be free from next October, with the exception of tests prescribed by doctors.

These measures, aimed at advancing the vaccination campaign, have provoked strong protests. Participation in the marches has doubled since the first Saturday of demonstrations on July 17, which drew more than 110,000 people. On August 7, 237,000 people marched in France.

Now, authorities estimate that more than 200 demonstrations across the country brought together more than 250,000 people.

From some yellow vests to anti-vaccine

A disparate group of opponents are at these marches, united by discontent over Macron’s pandemic policies. There are remnants of the Yellow Vests movement, as well as anti-vaccine people and people who consider that the health pass is discriminatory.

The French government tries to contain the fourth wave of Covid-19 in the country. The number of patients in intensive care units has doubled in less than a month, with 1,831 people admitted.

According to data from the Ministry of Health, nine out of ten Covid-19 patients were not vaccinated.

Since Macron announced his intention to implement the health pass, vaccination rates have increased. Currently, almost 70% of the French have received a dose and 57.5% have received the full regimen.

This article is adapted from its original in French

Golf | The top player from the Olympics laid five balls in the water and collapsed last – still earning over 30,000 euros

1.5 million doses of Janssen vaccine arrive in Brazil on Tuesday