Thousands evacuated by a fire in France that has already burned 5,000 hectares 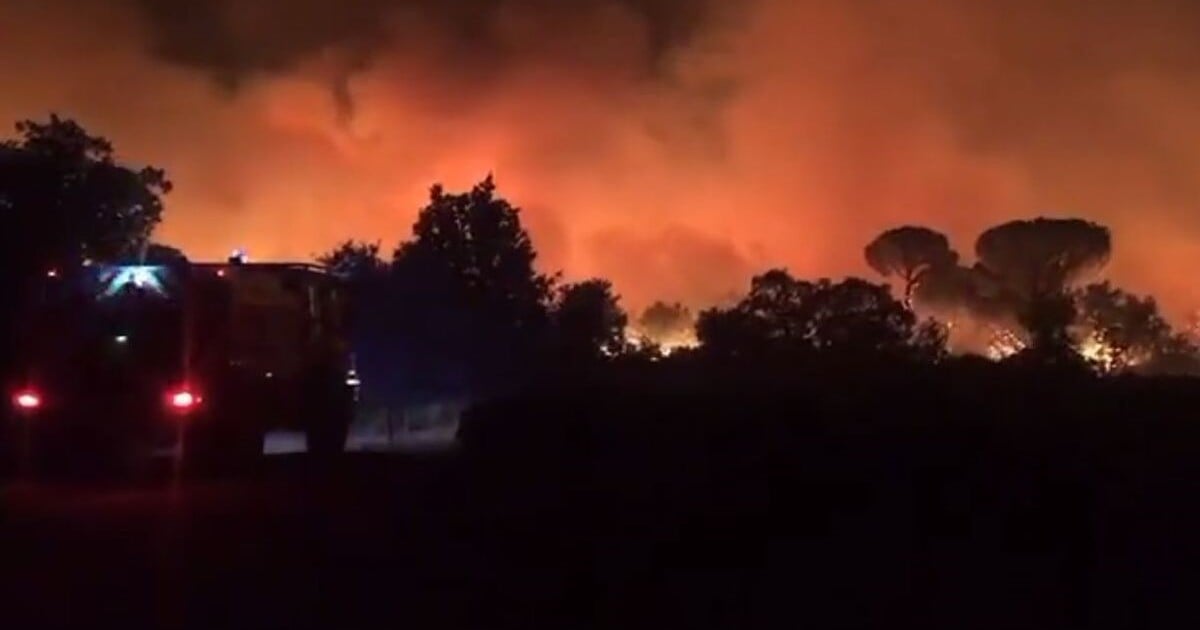 Thousands of people were evacuated during the night of this Monday and early Tuesday on the French Riviera, especially in seven campsites where several tourists were camping, because of a Forest fire that continues to advance uncontrollably and that already burned approximately 5,000 hectares.

“Thousands of people have been evacuated in a preventive way, but there is no victim. About 750 firefighters are fighting the fire that is still very virulent, “said a spokesman for the firefighters.

For his part, the prefect of the Var department, Evence Richard, warned in dialogue with BFMTV that “the fire is not controlled“and that” at least a hundred homes have been more or less affected. “

The fire occurred late in the afternoon on Monday in an area of ​​the A57 motorway, a little more than 100 kilometers northeast of the city of Toulon, on the Mediterranean coast.

Evence explained that, from 7 a.m. (local time), they had started to operate four seaplanes and three helicopters to control the flames, together with the support of between 700 and 750 firefighters.

Although there are no casualties so far, the fire advanced rapidly in recent hours, in part due to unfavorable weather conditions, characterized by a strong wind and high temperatures.

The Prefecture (Government delegation) insisted on its Twitter account with a message directed towards the population so that do not collapse the roads in the area and thus let the professionals work quietly.

Fires on the island of Euboea, in Greece. AFP photo

The Interior Minister, Gérald Darmanin, announced on his social networks that this Tuesday he will be at the scene of the fire to monitor its evolution.

Many Mediterranean countries, including Greece, Italy, Spain, Algeria and Morocco, registered serious fires in recent days, in the middle of the heat wave hitting southern Europe.

Wave of fires in Europe

In the middle of the heat wave that plagues southern Europe and caused massive fires, Greece It is one of the countries that is experiencing the worst, since the winds caused a second wave of fires, after the destruction of more than 103,000 hectares.

On the other hand, in Italy the Sicily region has declared a state of emergency and in Turkey, now suffering deadly floods, firefighters battled the outbreaks of fire for nearly three weeks.

In Albania, the situation has improved after some dangerous sources that remained active in the south and north of the country were neutralized. The flames, which gave no respite for 20 days, razed entire areas of secular forests.

The situation is also worrying in other countries on the southern Mediterranean shore, such as Morocco or Algeria, where the thermometers reached the 47 degree, in the midst of forest fires that are spreading and have already left dozens of dead.