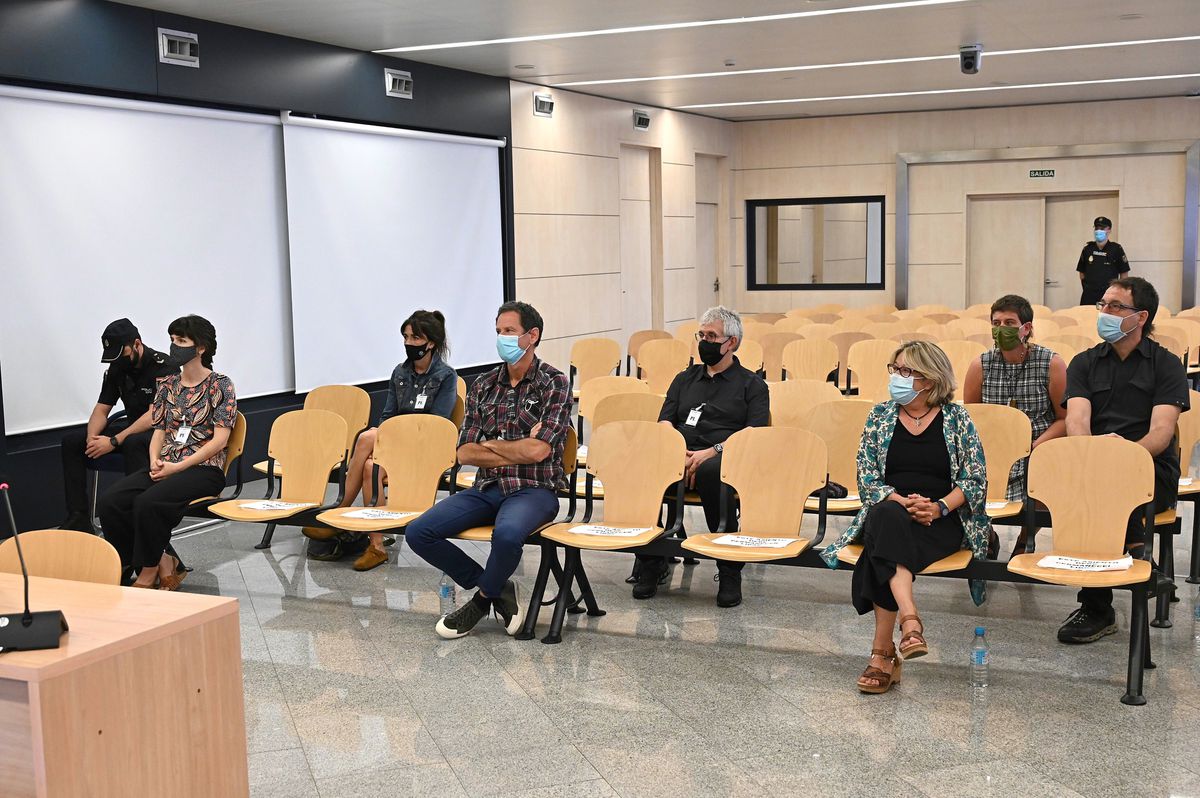 Lawyer Arantza Zulueta, the main accused of belonging to the so-called “legal front” of ETA, denied on Tuesday that she was leading Halboka, a structure allegedly created in 2002 to maintain control and internal discipline of the prisoners of the terrorist gang. Eleven years have elapsed since his arrest and after the defenses tried to avoid the holding of the oral hearing on Monday, the lawyer and six other defendants have finally declared this Tuesday in the trial that is hosted by the National High Court. Throughout four hours, all have rejected the facts that they are accused of. “I do not belong to any ETA apparatus,” insisted Zulueta, for whom the public prosecutor is asking for 19 years in prison. For the rest, between 7 and 12 years.

Zulueta already accepted in 2019 a sentence of three and a half years in prison for leading a first prison apparatus of ETA, known as the front of makos and that, according to the Prosecutor’s Office, he was precisely replaced in 2002 by Halboka –acronym in Basque for “Breaking the Walls, Soon the Fighters to the Street” -. As the defendant has alleged this Tuesday, two years ago (with the terrorist group dissolved), she decided to assume that sentence that declared her “belonging to ETA as a leader” because “she understood that it was a good step for democracy, peace and coexistence ”. Said ruling concluded that she and Jon Enparantza headed the so-called front of makos. The defenses tried on several occasions to have this process tried jointly with Halboka’s, but it was never accepted.

In its indictment, the Prosecutor’s Office maintains that Halboka constituted a “fully integrated structure in ETA” and that Zulueta, in addition to leading that small group, “participated in the collection of the revolutionary tax”, in the “setting of objectives” and provided help to ETA “to avoid the action of justice.” According to the Public Ministry, the gang’s leadership commissioned him to draw up a report on the security measures at the headquarters of the National Court in order to attack this judicial body; Furthermore, when she was detained, a computer device with information on vehicles “used by potential targets” of the ETA members was intervened in her bag: such as an escort of María San Gil, former president of the Basque PP; and, in the registry of his office, on Calle Elcano in Bilbao, the Civil Guard located a pendrive with information on ETA lobbies in France, where assault rifles, explosives and ammunition were found.

A whole battery of accusations that Zulueta has denied this Tuesday: “I have never participated in any management of the revolutionary tax. I have never passed an objective or information to ETA so that it could attack. I have not participated in anything for which ETA could later have carried out an armed action, a violent action or an attack, “said the lawyer, who was admitted to prison in September 2019, where she remained until February 2020.” I have never spent no communication to ETA nor ETA has passed any communication to me for any person ”, he has maintained. “I have never told ETA how any detainee has to act. I have never recruited a person for ETA ”, he has defended himself before the magistrates

Zulueta has also denied his connection with the terrorist gang’s zulos. “It is impossible for me to have a USB with the location of any type of weapons.” “I have never seen a weapon or touched a weapon. The only weapons that I have seen are in the summaries and, at the beginning, in this National Court when they were exposed [durante la celebración de los juicios]”.