Thorgan makes sense of the friendly 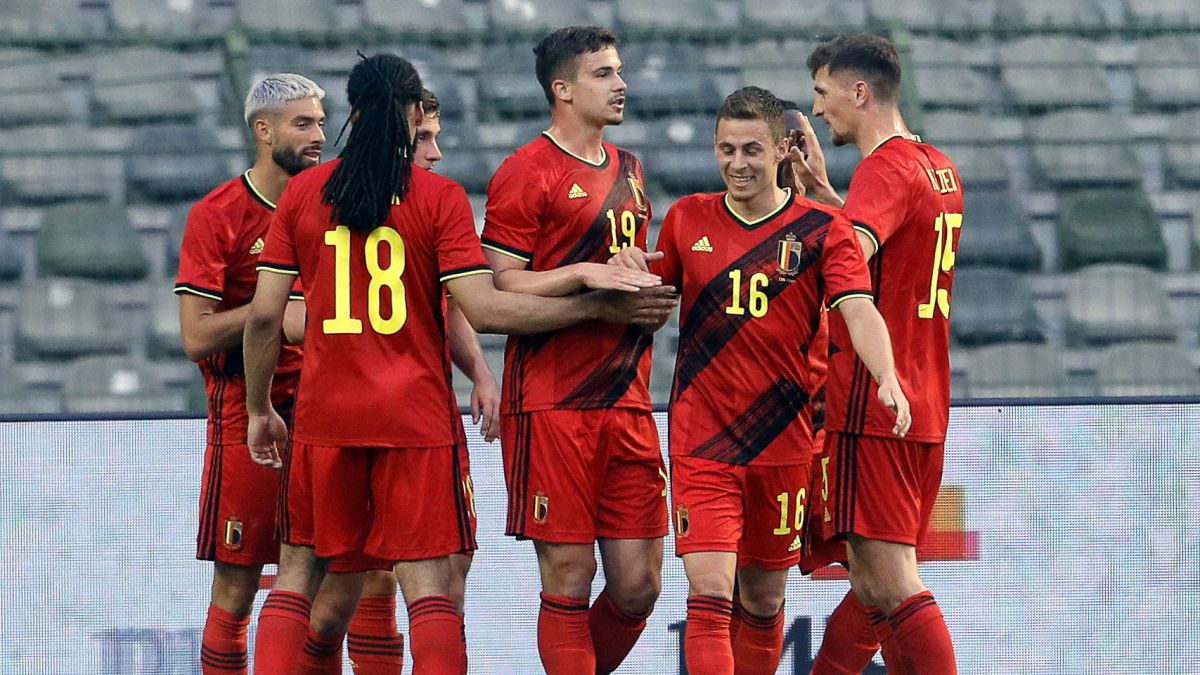 Few stable conclusions can be drawn from a Belgium match without Courtois, De Bruyne and Hazard, three of the four most differential players in the squad. And less if the fourth, Lukaku, only plays the first part. No coach wants to put his boys at risk one week before the start of the Eurocup and if it is important to pick up paceThe more it is to avoid muscle injuries in a season with a schedule as loaded as this year. And the other part, the Greek, is not classified for the Eurocup. Imagine ending such an exhausting season and, before your vacation, having to play a friendly three thousand kilometers from your home for your opponent to prove himself. Even so, the tension of the moment led to two tangana feints.

However, in these scenarios it is where soccer players who love the ball enjoy the most and this was demonstrated by Carrasco and Doku. Winger on the left and winger on the right respectively, were the most exciting that Belgium showed in the match. The blanket is short for everyone. Although with a 3-4-3 in which one lane is a winger by birth and the other winger you close your area very well, you leave only two midfielders for a field space that is too large. The ability to generate game from Dendoncker and Praet will not be remembered. It will improve with De Bruyne. Meanwhile, the two aforementioned wingers swelled up to face their band and run in open spaces. For his part, Lukaku enjoyed what he is best at: shooting and receiving from behind.

Beyond a gift from Alderweireld to Masouras at the start of the game and a defensive imbalance later, Belgium suffered nothing in the first half, that of the starting theorists.. The goal came in a steal of the ball after the departure of a throw-in that Thorgan picked up, who acted as a left-handed winger behind Carrasco. He was not afraid to face quickly, combine with the athletic player and wait for him to return it to score at will on the edge of the small area. The tie to one was much more bland, with Tzavellas finishing off with the tibia a rebound that came from the post after a friendly header.

Once again, a game without much interest for anyone served to show the offensive qualities of the team and fill the defensive deficiencies. The next test will be on Sunday against Croatia, probably with both Madridistas on the pitch and waiting for De Bruyne, in full recovery from the blow he received in the Champions League final. It will be a team somewhat more similar to what Roberto Martínez will expose at the European Championship.