This time the penalties are fatal for Switzerland: Spain in the semifinals 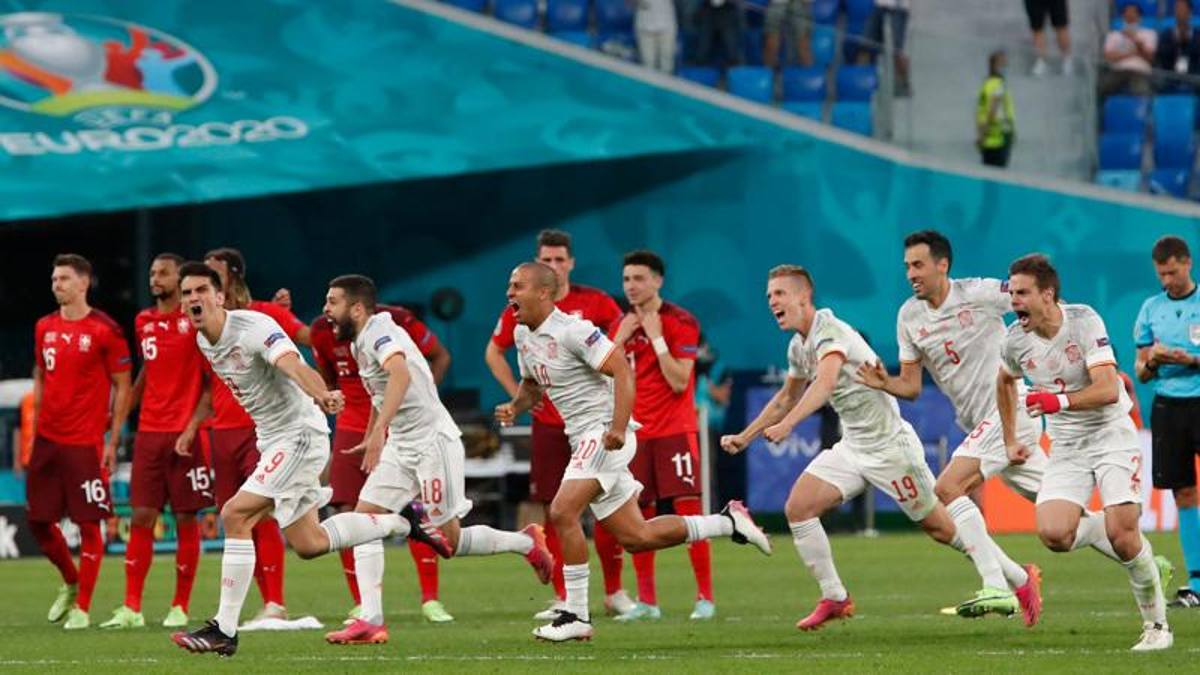 From the spot 3 errors out of 4 for the Swiss, Oyazabal makes the decisive one: now Luis Enrique’s team awaits the winner of Belgium-Italy

Whoever hurts by rigor, perishes by rigor. Spain bent Switzerland from eleven meters after the 120 ‘had closed at 1-1 with an own goal by Zakaria in the 8th minute and a goal by Shaqiri in the 68th minute. Very heavy the red to Freuler 13 ‘from the end of the regulations for an entry on Gerard Moreno who forced the Swiss to play the last 33’ in ten. Thus, after having eliminated France on penalties in the second round, Petkovic’s national team ends up in the same way as Deschamps’s, but comes out with a very high head. Spain is moving forward but is definitely taking a step back from the tests with Slovakia and Croatia. And now awaits the winner of the Azzurri match.

Petkovic has to renounce the suspended Xhaka, who sees the streak of consecutive races with the rossocrociati end at 37. In its place Zakaria. For Luis Enrique only one change compared to the starting eleven played with Croatia, with Jordi Alba taking the place of Gayà. Spain took possession and at 8 ‘unblocked it: Jordi Alba’s shot from the edge deflected by Zakaria that put Sommer out of action (for Uefa it was an own goal by the midfielder).

The Swiss reaction is modest, indeed, Spain is still holding the ball in the game. The punishment from the limit of Koke to 17 ‘goes high a little. At 23 ‘Petkovic loses Embolo, hit hard. In his place comes Vargas, with the Swiss coach who prefers not to play the Gavranovic card right away. But Luis Enrique’s boys hold the match firmly in their hands, with 75% of possession. After half an hour, the first signs of Swiss life: a couple of corners, with high conclusions from Akanji and Widmer. But it is very little stuff. Thus ends at 0-1 a yawning first half.

It starts with Dani Olmo who takes the place of Sarabia. The script remains the same, Luis Enrique tries to spice up the attack by raising a dead Morata for Gerard Moreno in the 53rd minute. Shortly thereafter, the first real Swiss goal, with Zakaria who, with a header from a corner, touches the post with the goalkeeper beaten. Then it’s up to Zuber in a split to force Unai Simòn into a corner. By dint of joking with fire, Spain gets burned: Laporte in an attempt to free hits Pau Torres and frees Freuler. Touch for Shaqiri who alone beats the Spanish goalkeeper in the 68th minute and makes 1-1.

13 ‘from the end, Freuler’s hard entry on Gerard Moreno. The referee has no doubts and draws the red card for the atalantino. Petkovic runs for cover: out the author of the goal for Sow and change of striker with Gavranovic for Seferovic. But even with the extra man, the Spaniards do not create scoring. In the recovery Marcos Llorente takes the place of Koke while Fassnacht that of Zuber. We go to extra time.

The first scoring ball of the match for the Spaniards arrives in the 92nd minute, with Gerard Moreno putting out from one meter on an inviting cross from Jordi Alba. And it is again the winger that forces Sommer to make a detour over the crossbar. Spain tries with greater conviction thanks to the extra man and Sommer has to overcome himself to reject first the conclusion of Gerard and then that of Oyarzabal.

Also in the second overtime the Swiss defend themselves well, leaving a couple of shots to Dani Olmo that don’t hurt. As the minutes pass, the Spaniard becomes a siege but the rossocrociati hold up to 120 ‘and as with France, they reach penalties. Busquets opens and takes the pole. Gavranovic leads Switzerland forward. Dani Olmo draws. Then the festival of errors: Schar, Rodri and Akanji fail from the spot. Gerard Moreno makes Spain 2-1, Vargas shoots to the stars and Oyarzabal sends the Iberians to the semifinals.