‘This man saved me’: the story of the mother of a child with autism who collapsed in the middle of the street 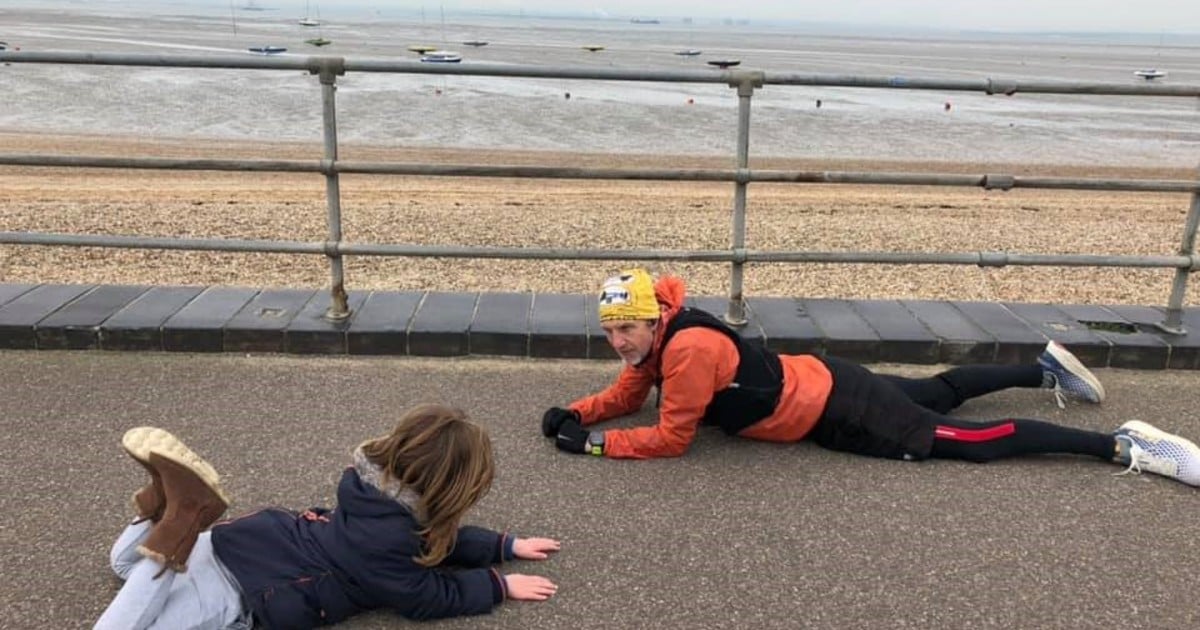 Ian Shelley ran down the boardwalk of Southend-on-Sea (United Kingdom) last Monday, April 12, when ran into a boy lying on the ground and his mother aside trying to deal with the problem. The 49-year-old was training for a marathon, but decided to slow down, put the rigorous physical effort aside and give help to that woman who was overwhelmed.

On the floor was Rudy, a 5-year-old boy with autism, who usually has this kind of crisis when he goes out for a walk with his mother and has to return home the same way they have already passed. That walk it’s the boy’s favorite place, but it only has one tour so the return is usually conflictive for him and his mother Natalie Fernando, 44 years old.

In general, she finds a way for her son to overcome the bad moment and accept the return without problems, but that day the crisis became impossible to control. Rudy dropped to the ground and screamed. A couple passing by with their 2-year-old baby in a stroller insulted them because the boy’s screams scared their son, Natalie apologized, but there was no way they would understand.

“I can usually handle my Rudy’s breakdowns, But after 2 weeks without being able to go to his school, the situation was not the same as always. It was too much for him and me “, Natalie told in the story she posted on her Facebook account.

And then Ian appeared. He saw the boy on the ground, his mother needing help, and he walked over. “This man, a complete stranger, saved me today from a Rudy breakdown that lasted over an hour.”, said the woman, completely grateful.

She then described what happens to her child at those times: “When he has one of these seizures it tends to get violent, it gets completely lost. “

Ian approached, she warned him that the boy has autism and he did not shrink. “Well then, why don’t I lie here with you for a bit?”, said the man as he completely stopped his trot and threw himself to the ground in front of the boy.

“I was beyond shocked “The mother pointed out, remembering the moment when the child’s crisis began to subside. “Many times I did the same with Rudy, I’ve slept with him in supermarkets, parking lots, and shopping centers because he makes Rudy feel like you’re in his world. “, he assured.

“This man, a complete stranger, took time out of his day to chat and ask my son if he was okay. Seeing someone who doesn’t know anything about Rudy instinctively do this was so surprising and I couldn’t wipe the smile from my face, “added the woman, moved by Ian’s big gesture.

Later, she said, the man accompanied Rudy and her to the car. “I wish there were more people like this man, I am more than grateful”, full.

Rudy was diagnosed as autistic at age two and he also has global developmental delay, speech and language difficulties, sensory processing disorder, and learning difficulties. That is why the enormous repercussion that the story had served to shed light on the problems linked to children with these conflicts.

“Words are easy, these actions are not always so easy,” the woman said, urging everyone who read her post to have a similar attitude: “If you see a parent struggling, take the time to say, ‘Are you okay?’. Don’t judge the parenting, try not to judge the child, just be nice. “

“We all do the best we canSometimes it takes a moment of kindness from a complete stranger to completely change your day. “