This Italy is a marvel: 3-0 to Switzerland and we are already in the second round! 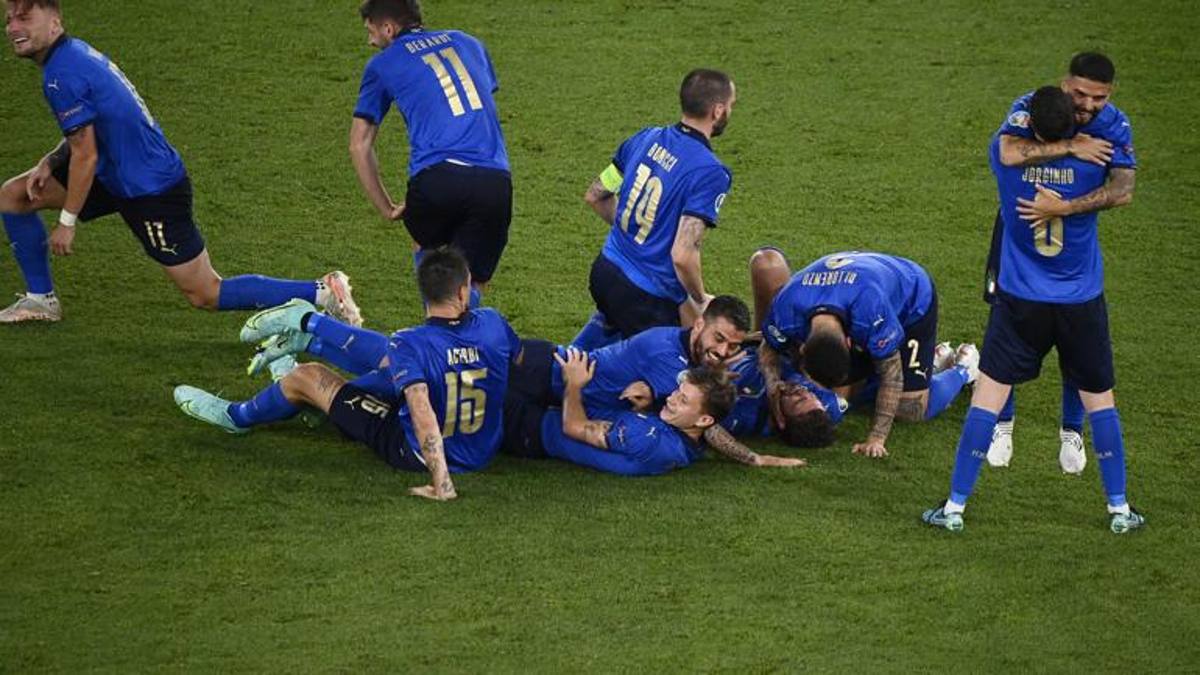 Azzurri applause also in the second European championship: Locatelli’s brace and Immobile’s goal are worth the qualification with one round to spare

The rule of three takes us to the second round with a game to spare. After the three-of-a-kind on the Turkish table, the one to Switzerland also arrives and Italy can boast of being the first qualified for the knockout phase of this European. The first ninety minutes had been enough to clarify, and clarify, that it was not possible to hide. That this tournament was bitten with the vigorous bite of those who have fasted for (too many) years, and conducted with their cards exposed, with a declared ambition but always within the fence of awareness without invading that of presumption. Now that one hundred and eighty have passed, Italy has also passed the second level proving itself capable of repeating itself, often the most difficult thing in football. In this group where there are no gurus but a great collective, this time Locatelli takes the catwalk, author of a double – the first in blue, but also in his career – which, very trivially, has the intoxicating flavor of a fairytale. Yes, of course, Manuel flies and makes us fly, but the collective numbers are more and more impressive: 29th consecutive useful result (one step away from Pozzo’s record), tenth win in a row and tenth game without conceding a goal (last time had happened between November ’89 and June ’90). No, we can no longer hide and the strength of this group will be the strongest antidote when we meet opponents filled with phenomena.

Mancini had only one doubt in view of this challenge, and from what has been understood he has been tormented for a long time. He dissolved it only in the last hours before the match: right lane to Di Lorenzo and not to Toloi, a ballot animated by a thousand reflections in the head of the coach, especially in the face of the varied art show of which Embolo is capable, as he has already had the opportunity to note Wales. Di Lorenzo won, more striker than the wing because in the end – once again – the philosophy with which Mancini built this group prevailed: matches must be attacked, this is an Italy that must continue to run forward. Consistency. The rest was a copy paste of the first act, with Spinazzola on the other side, Barella and Locatelli alongside Jorginho (Verratti still in the stands) and the trident Berardi-Immobile-Insigne. Even Petkovic, despite the logistical troubles, put aside any temptation to turnover and confirmed the 3-4-1-2 of his Switzerland as a whole with Freuler and Xhaka inside, and Shaqiri behind the Seferovic-Embolo tandem.

THE ART OF PATIENCE

This tandem, however, did not arrive in the first 45, lost among the blue lines that closed passage lines and potential entry corridors. In reality, Switzerland tried to give the match a different script than expected, with a courageous and personality start in our half. The test of daring lasted the space of five minutes, moreover without disturbing Donnarumma, and then the inertia of the challenge moved according to forecasts. Italy gained meter by meter minute by minute, removing oxygen from the ideas of Xhaka in the middle and Shaqiri in the front, and began to grind the game close to the Swiss area. Once again the ram head capable of opening important breaches was Spinazzola, who complicated Mbabu’s evening in the wing a lot. But, as with Turkey, it was necessary to resort again to the virtue of patience in order to unhinge another wall. Switzerland, crushed in the last twenty meters, has compacted as a whole. Immobile sent a high header from a good position, then at the 19th minute the cry of joy returned to Chiellini’s throat after the intervention of the Var, who signaled a hand from the captain to the referee Karasev before the winning touch. General practice anyway, even if the game was marred by Chiellini’s exit due to injury (inside Acerbi). At 26 ‘the game was released, in the name of… Sassuolo. Absolute protagonist Locatelli, who started the action with a precious opening first for Berardi: bully skid to the right with many greetings to Rodriguez and low cross for the perfect insertion of Manuel.

The advantage, as usual by now, did not change the attitude of the blues in the slightest, who continued in the high, continuous, suffocating pressing, preventing Switzerland from any reasoning. And, above all, obtaining the precious result of avoiding dangers in Donnarumma. The recovery began with Gavranovic in place of Seferovic, a move killed in the cradle by the doubling of Locatelli. This time the performance resulted in a long-distance left (Swiss defense guilty of giving him plenty of time to aim) which ended in the corner. The night of dreams. At that point, with the match well addressed, there was a legitimate drop in tension which led to the first intervention of Donnarumma. A double save on Zuber (the first complicated), just to remind everyone that when something doesn’t work in the defensive phase, he is still there to effectively defend the fort. At 25 ‘Mancini’s tactical move should be noted: Insigne and Berardi out, Chiesa and Toloi inside and a switch to pure three-man defense, with Chiesa supporting Immobile. Interesting and productive solution, which led to the conclusion – oversized – the blue 17 a couple of times. A few turns of the clock from the final whistle Ciro managed to take aim, slipping the Swiss goal from a distance with the complicity of Sommer, clumsy in an attempt to smack the ball away. Three to zero, eighth in the pocket and Sunday the last act of the group against Wales. Beware of missteps: the first place in the group is still to be assigned.