This is what the Olympic village looks like, including ‘sex-proof’ cardboard beds 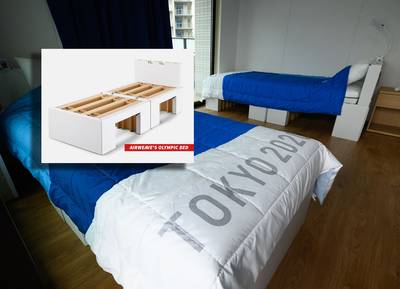 The Olympic Games Organizing Committee has today opened the doors of the Olympic Village, where the athletes will stay during the event. Journalists were allowed to take a look at the 21 apartment complexes in Tokyo, which are built along the water in the Harumi district. The Dutch athletes will live in building number 7 during the Games.