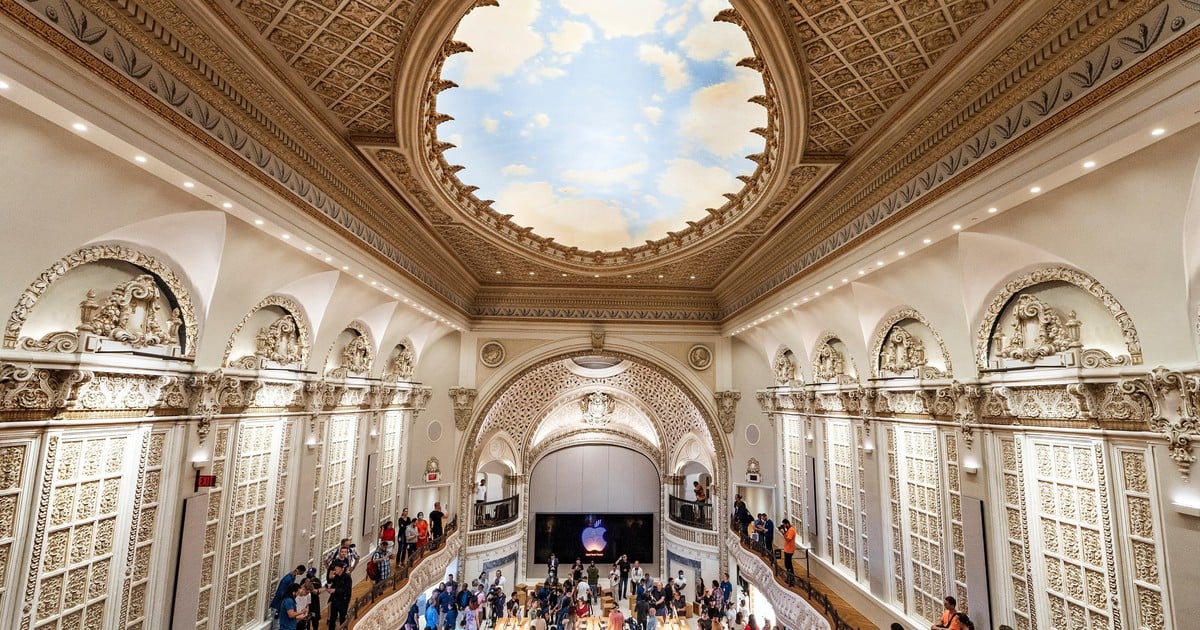 Last Thursday a new Apple Store opened in Los Angeles. The attractive thing is that It is located in the historic Tower Theater building, which has been in the city center since 1927.

The company published some photos of the majestic store and it is quite an architectural spectacle.

Moving into a 94-year-old theater requires a lot more care than a shopping mall. The store has been under construction for several years, in part due to having to work with the municipality to restore a space that had been declared a historical monument.

“On every corner, Los Angeles explodes with creativity in the arts, music and entertainment, and we are delighted to build our relationship with this special city. Apple Tower Theater honors the rich history and legacy of this entertainment capital“said Deirdre O’Brien, Apple’s vice president of retail.

The new Apple Tower Theater, with its baroque revival style, is located at the corner of Eighth Street and Broadway, where visitors will recognize the fully restored clock tower, the recreated Broadway marquee, clean terracotta exterior and renovated historic leaf sign.

Upon entering its doors, the curious enter the monumental lobby inspired by Charles Garnier’s Paris Opera, which features a grand arched staircase with bronze handrails flanked by marble Corinthian columns.

The store is located at the corner of Eighth Street and Broadway, where visitors will recognize the restored clock tower. Photos Apple

At the heart of the store is the Forum and the firm’s video wall, located under the arch completely restored and surrounded by the original balconies of the theater.

The history of the Tower Theater

The forum will be home to Today at Apple, where free daily sessions led by Apple team members and members of the local creative community provide inspiration and teach practical skills.

Consumers seeking service and support from Apple team members they have ample space as the original theater seats on the upper level have been modernized and made accessible to create an open and flexible space for Genius Bar appointments.

This will be the 26th store that Apple has around the world. In its spacious interior, it will employ a team of 100 people to serve all its customers and visitors.

The main entrance to the Apple Tower Theater and its fabulous period details. Photo Apple.

It was originally the birthplace of the first connected theater in Los Angeles for movies with sound, The historic Tower Theater was designed in 1927 by renowned film theater architect S. Charles Lee.

“That legacy of technological innovation continues today as the perfect place to discover Apple’s full line of iPhones, iPads and Macs, each of which has transformed today’s film, photography and music composition,” noted the company.

After closing its doors in 1988, the space was left empty and unused. With the same level of care found in previous restoration projects, Apple collaborated with leading conservationists, restoration artists to preserve and restore beauty. In addition, the building has undergone a complete seismic upgrade, they noted.