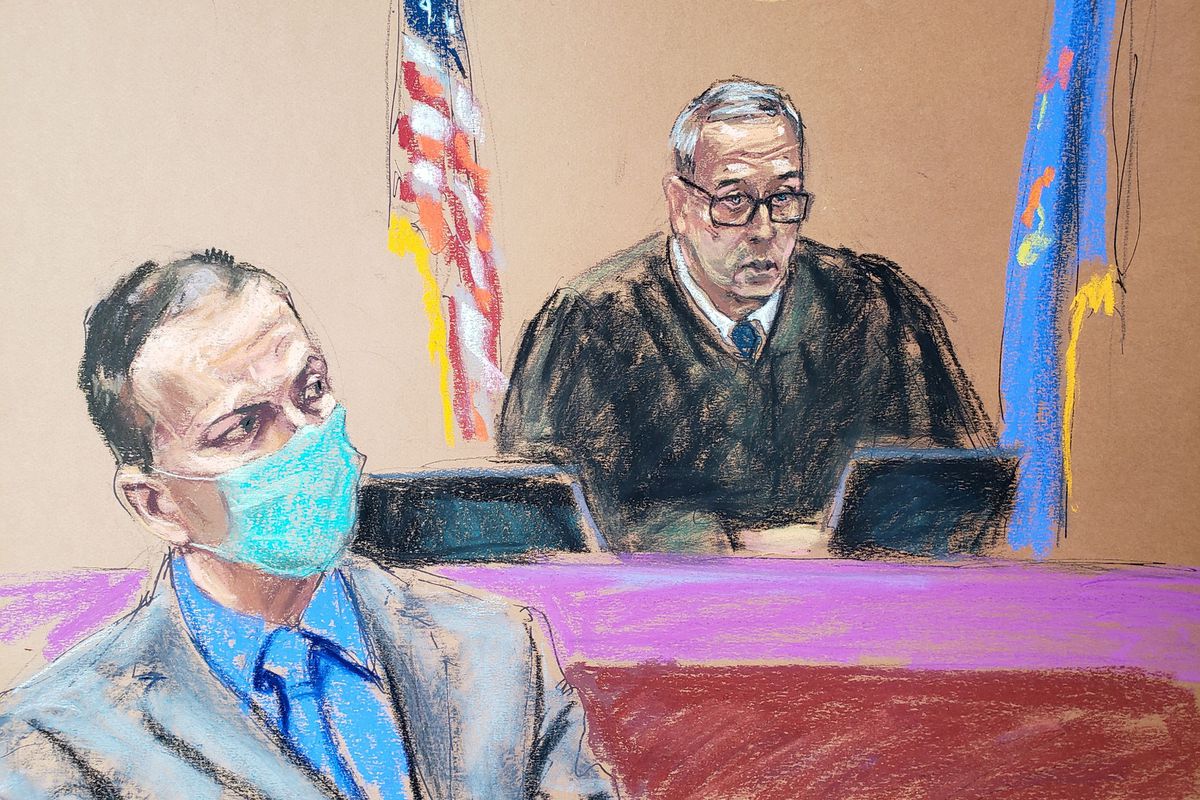 The identity of the jurors in the George Floyd death trial – surrounded by heavy security at all times – is being kept secret. The whole country has its eyes on these 12 people, which begin this Monday, after the final arguments and being held in a hotel, the deliberation process to decide the future of Derek Chauvin, the ex-policeman accused of killing George Floyd while detaining him for trying to sneak a counterfeit $ 20 bill into a Minneapolis store.

The jury selection process has been one of the most complex in United States judicial history. A total of 326 people were shortlisted. They had to answer a comprehensive 14-page form, with questions about how they viewed the Black Lives Matter movement – which led the racial protests after Floyd’s brutal death a year ago – to what kind of podcasts they listen to. They were asked what they thought of the anti-racist demonstrations, whether they participated in them – and if so, whether they carried banners or not – and what they thought of the role of the police.

After two weeks, 15 people were selected, three of them substitutes. Most of the 12 people who make up the titular jury have university studies; they work in diverse sectors. There are five males – three blacks and two whites – and seven females – one black, four white, and two who are considered to be of two or more races – a composition more diverse than the population of Hennepin County, where the trial, with 74% white citizens.

The audios of the interviews during the selection of the jury have been made public. Most of the members of the jury say in those audios that they only saw fragments of the brutal video that went viral in which Floyd is heard saying that he cannot breathe while the agent puts his knee in his neck. Only one of the members of the jury assured that he had not seen any of the images of the recording. At least 10 of the 15 selected indicated that they had already formed a “somewhat negative” opinion of Chauvin, but claimed to be able to put aside their prejudices and make a decision based on the evidence.

On recordings of the interrogations, a police officer’s niece, in her 20s and 30s, can be heard saying that she is “very excited” to be involved in a “very important case, not just for Hennepin County,” but for the whole country ”. Also the recording of an African-American who works in a bank and that highlights his desire to be part of the jury of a “historical case”. Or the words of a white executive, employed by a nonprofit organization dedicated to health care, who states: “I do not know the laws and police protocols for carrying out an arrest, but a man died and I am sure. that this is not part of a protocol ”. A black grandmother is also heard in the recordings, who claims that she has had no personal experience with the police, good or bad, or with the justice system. “I trust the facts and the logic. Distinguishing between opinions and facts is important, ”noted a chemist.

Ethnic diversity was one of the issues that concerned the prosecution and activists, as Floyd has become a symbol of the racial movement. The ages of the members of the jury range between 20 and 60 years. This is the first trial in Minnesota broadcast live on television. However, it has never focused on the jurors.