This is how the polls are in Madrid: five keys to the campaign 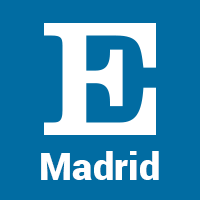 Two weeks before the elections in Madrid, the polls offer a fairly clear picture of what the situation may be: the PP will be the most voted party almost certainly (around 41% in votes), and will be followed by the PSOE (24%) , Más Madrid (13%), Vox (9%), Unidas Podemos (7% -8%) and Ciudadanos (4%), more or less in that order.

The most likely result is that the PP and Vox add more votes than the left and have a majority of seats to govern. However, whether that ends up happening depends on a few factors, which I review below.

The right is leading in Madrid. The polls find that the Madrid electorate falls on that side: while the left is around 44% of the votes, the sum of PP, Vox and Ciudadanos rises to 54%, three or four points more than in 2019.

Its advantage is based on three facts. One, the abstentionists: only 17% of the people who did not vote in the 2019 general elections say that they will now elect the PSOE, Más Madrid or Podemos, according to CIS data, while 27% will do so for a right-wing party (almost all for the PP). The second data is the flows between blocks, which also benefit the PP: 5% of the socialist voters of 2019 say they will vote for Isabel Diaz Ayuso, which would be 1% or 2% of all voters.

The third reason is differential participation.

The right is still more mobilized. In these times of polarization, when few people doubt between parties of one bloc and another, elections are increasingly decided by participation: you have to get more people to the polls. And in that duel the right is ahead. The people most determined to vote on May 4 are those who in 2019 favored the PP (90%) and Vox (89%), well above those who did so for Podemos (80%), Más Madrid (80 %), Cs (76%) and PSOE (77%). This is CIS data from a couple of weeks ago, but the average number of polls indicates that this has not changed.

The Government decides on two figures: the sum of the PP and Vox (which is around 50% in the polls) and that of the PSOE, MM and UP (44% -45%). If Ciudadanos does not reach 5%, which now seems the most probable, the majority of seats depends on which of those sums is greater. Right now he PP and Vox win by five points and would take about 73 seats, four more than necessary to govern.

If Ciudadanos is left out, the left would need a turn of about three points in its favor to change the result, force a tie in votes (close to 47%) and in seats (to 68). But a turnaround of that magnitude is not easy to achieve only through mobilization. They surely need more than that: a surprise.

The surprise of Citizens above 5%. Edmundo Bal’s party appears flat with 3% or 5% of the votes in most polls. That means it will likely not win seats, but it is not completely out of the question. And the truth is that his entry can still be decisive. With current polls, if he achieved 5% of the vote by subtracting a point from the PP, he would leave the two parties on his right with around 68 seats, that is, with their majority in the air. The Citizens entry is an arithmetic mess. You can leave everything the same for the PP and Vox, if they reach 69 between the two, or it may become the key to the majority, on one side or the other.

Ciudadanos needs to beat their polls at one point, which is something that has happened one out of every five times with parties that were around 3% -5% (in the 21 recent elections that I have analyzed, between general and local since 2010). But it has almost always happened with nascent parties, which grew, such as Vox in the Andalusian of 2018 or Podemos in the European of 2014. The case of Ciudadanos is the opposite.

Ayuso’s nightmare? The other carambola of these elections is a scenario with Vox below 5%. If Rocío Monasterio’s party stayed at 4.5% and Ciudadanos at 3.5%, for example, although the PP swept away with 44% of the votes, the majority of seats would surely be for PSOE, MM and UP (with 45% of votes).

This result is possible, but unlikely. The CIS placed Vox near the 5% cliff, but the rest of the polls have it fairly flat and three or four points above it. Is a sounding error of that magnitude possible? Yes, but it is not very frequent: that a party that is between 5% and 10% of the vote, like Vox now, worsens its polls by three points, has only passed one out of every 20 times in those 21 elections analyzed.

Let the polls get the blocks wrong. The other decisive surprise would be an error in the polls of three points in favor of the sum of lefts and against the sum of rights. Such a deviation could leave the Chamber in a tie and even give the majority to PSOE, MM and UP.

How likely is that? Three-point errors occur with a party in the middle of the electoral appointments, but it is rarer for those errors to benefit a formation of another bloc (it is easier for a worse result of the PP to coincide with a better one of Vox than of the PSOE ). I will try to estimate that probability during the campaign. For now, let’s say it is relatively low, although it does happen from time to time. It happened in the Andalusian of 2018, for example, when the left lost an election that according to the polls it won by eight points.

Weather Bad driving conditions are warned almost everywhere in Finland, on Sunday the rainy area is approaching again from the east

Management strategies for a successful fallow