This is how he destroyed a town of 7,000 inhabitants half a ton of lost cocaine

Rabo de Peixe is a place where to survive you have to have a bit of ambition and a ton of luck. Life in this parish (a Portuguese term that is the equivalent in Spain to a hamlet) Portuguese, located on the north coast of the island of São Miguel, belonging to the archipelago of the Azores and with only 7,500 inhabitants, is a metaphor for its geography: wild, forgotten, cruel and untamed. There are no resources, but, well, there is wifi. When inshore fishing takes a breather, time is divided between hits of hash and idle hours on the edge of a concrete jetty. There they will think about how to leave that piece of inert land. But it is a dead end. Nothing ever happens. For this reason, the day everything happened the island was destroyed. In this case, everything is a 14-meter long Sun Kiss 47 model sailboat that was shipwrecked off the Azorean coast in June 2001, transporting 505,840 kilograms of cocaine with a purity greater than 80%. In euros, about 40 million.

There were moments as dangerous as grotesque: women breading peas with cocaine instead of flour or middle-aged men pouring spoonfuls of farlopa in their coffee with milk

It was a violent ocean day. The wind gave a blow and the mast could not withstand the impact. It is impossible to continue the journey and it is not feasible to access the port with a drug-lined ship to the daggerboard. In a crisis cabinet without time and with a triple scare ration, the crew decided to sink the bales to the bottom of the ocean and introduce part of the cargo into a cave in the north of the island, a few kilometers from Rabo de Peixe.

A seamless strategy, if it weren’t because nature is a free spirit. And from there everything that happened is very similar to the episode of that damaged ship in the Pacific in 1992 that dumped 28,000 rubber ducks that, years later, landed on beaches in Alaska and Canada, but narrated by Irvine Welsh at a pub counter swearing nothing has been made up. Let’s substitute bales of cocaine for toys.

The problem is that the packages, like the mast, did not withstand the fury of the wind and the boardwalk became a cemetery for bundles of farlopa. The landing began, word spread, and the treasure hunt began. Fitting the pieces of that very black night is a mystery, but witnesses repeat the same sequence: dozens of people –from teenagers to ladies with curlers and crochets–, pounced on the concrete on the prowl for material.

The police managed to seize 400 kilos of cocaine in an unprecedented operation in the archipelago. But the rest was left in the hands of a civilian population punished by scarcity and ignorance, and irreversibly deformed the island. “The police maintained that the yacht was carrying only 500 kilos, but it is absurd. The ship could hold up to 3,000 kilos of cocaine and no one crosses the Atlantic covering such a low percentage of the available space. 100 kilos of cocaine, although of exquisite purity, does not destroy a generation ”. The one speaking is Nuno Mendes, a journalist who was sent from Lisbon by the newspaper Public to cover the incident. “Until then, coca consumption was residual and only available to upper-middle-class youth. An accidental luxury product. The problem arose when its use was democratized and a very impoverished population began to consume at their discretion and to traffic in that material in a grotesque way ”.

This grotesque is summed up in a very recurring image: the typical cane glass with cocaine to the brim was sold on the streets for 20,000 escudos, just over 20 euros. Nobody knew the price in the market, nor the danger of a substance of this purity, but, above all, fast money was urgent. Overdose admissions collapsed the island’s hospitals and the chaos was such that the health authorities decided to intervene in the media to warn about the effects of the consumption of that substance. “For days we devoted a lot of space to this in the news. Doctors in the foreground, their faces contorted, begging for an end to this madness. They were weeks of panic, terror and absolute lack of control, ”recalls journalist Teresa Nobrega, then news coordinator for the public body RTP Azores. “Nobody was prepared for something like that. The proof is that it is still an episode that has not been overcome almost 20 years later ”, he adds.

There are always blind spots between reality and fiction, but Rabo de Peixe’s collective memory appeals to stories as absurd as women breading peas with cocaine instead of flour or middle-aged gentlemen pouring spoonfuls of farlopa into coffee with milk. Someone said that humor is equal to the sum of tragedy and time. Although the reasonable time may not have passed yet, it is almost impossible not to smile, even from sadness.

“We never had access to real statistics. At first the priority was to stop the madness, later there were not enough means. Interest was always lacking. We counted 20 deaths and dozens of admissions due to poisoning in the three weeks following the landing. But it was unofficial data that we gathered with the help of doctors and health personnel ”, recalls Nuno Mendes, who believes that there was a certain aura of secrecy to prevent the episode from becoming a matter of State and, above all, transcending internationally.

The police fought two simultaneous battles: requisitioning every gram of cocaine distributed around the island that had not yet been consumed and locating the damaged yacht that was transporting the drugs to Europe. After two weeks of exhaustive searches in the port of Ponta Delgada, the island’s capital, the miracle occurred: the police found a tiny package inside the false partition of a yacht docked in Ponta Delgada, wrapped in newspaper. : the name of the newspaper and the date coincided with the packaging of other bundles seized days before on the beach. The agents arrested the only man who was inside the boat. It was Antoni Quinzi, an imposing Sicilian from Trapani who was arrested without resistance.

His intercession was key to the future of the investigation and the apprehension of the cocaine that was still hidden. “When we told him about the mousetrap that the island had become, he collaborated by providing key information about the merchandise that remained hidden on the north side,” says João Soares, then chief inspector of the Judicial Police. He was the man who stopped the Italian on the yacht and who would coordinate the chase two weeks later after one of the most surreal – and slightly ridiculous – escapes in Portuguese police history.

There was secrecy so that it did not transcend internationally. “We counted 20 deaths and dozens of admissions due to intoxication in the three weeks following the disembarkation. But they were unofficial data that we collected with the help of doctors and health personnel,” says Portuguese journalist Nuno Mendes

Ten days after his arrest, Quinzi jumped over the prison wall from the courtyard, waved goodbye to the police and fled on a Vespa waiting for him on the road. Soares justifies the mistake: “An island is already a prison. No one escapes from a prison on an island ”. Quinzi yes. But he was arrested two weeks later in a shed in the northeast of Sao Miguel with 30 grams of cocaine and a false passport, transferred to the Coimbra prison, already in mainland Portugal, and sentenced to nine years and 10 months in prison. He was the only detainee in the operation. It was proven that its main mission was to direct the ship from Venezuela to the Balearic Islands.

“It was pure magnetism. Very tall, imposing hands and sad eyes. It sounds like Stockholm syndrome, but I felt sorry for it. He gave the feeling that he felt extremely guilty and did not know how to help. Catia Benedetti is a professor of Italian at the University of the Azores and was Quinzi’s interpreter during the interrogations and trial in Ponta Delgada. The guy is still something of a legend on the island. Everyone knows him, no one has seen him. Today, the purity of the drug is still measured according to the parameters of “the Italian”. That is the metric unit that is used to determine the quality of cocaine in the Azores and the empirical proof that the wound is not healed 17 years later.

A mobile service for multi-drug addicts travels through Sao Miguel every week to distribute methadone among heroin addicts. And although these seem to be another problem than the one described so far, they are a consequence of it. “The purity of the cocaine produced a catastrophic effect. The drug rush was so beast that people started using heroin to sleep. ” This is how Suzete Frías, then director of the Casa de Saúde (sanatorium) of Sao Miguel, Ponta Delgada, sums up the social drama. Then a new problem arose on the island: drug addiction. “Upper-middle class children entered detox clinics on the mainland; the working class looked for heroin ”. Despite everything, the noise was never excessive. The tragedy was like a bulky but discreet elephant in the room.

The Azores are located in the middle of the Atlantic Ocean, about 1,400 kilometers west of Lisbon, and from the mainland it is very difficult to hear the whimpers of that hungover elephant that has been charging at everything that lies ahead for more than 15 years. . Do you think that if it had happened in Europe everything would have been different, Suzete? “None of this would have happened.”

The authors of this report, Rebeca Queimaliños (Pontevedra, 1982) and Macarena Lozano (Granada, 1982), are in the process of making a documentary on the subject. They have made several trips to the area and have already filmed a good part (see trailer above).

Policy Terrorism researcher Leena Malkki on the US congressional attack: Political violence may also be possible in Finland

“The English variant of the virus will develop in France in the coming weeks, it is inevitable”, assures the epidemiologist Renaud Piarroux 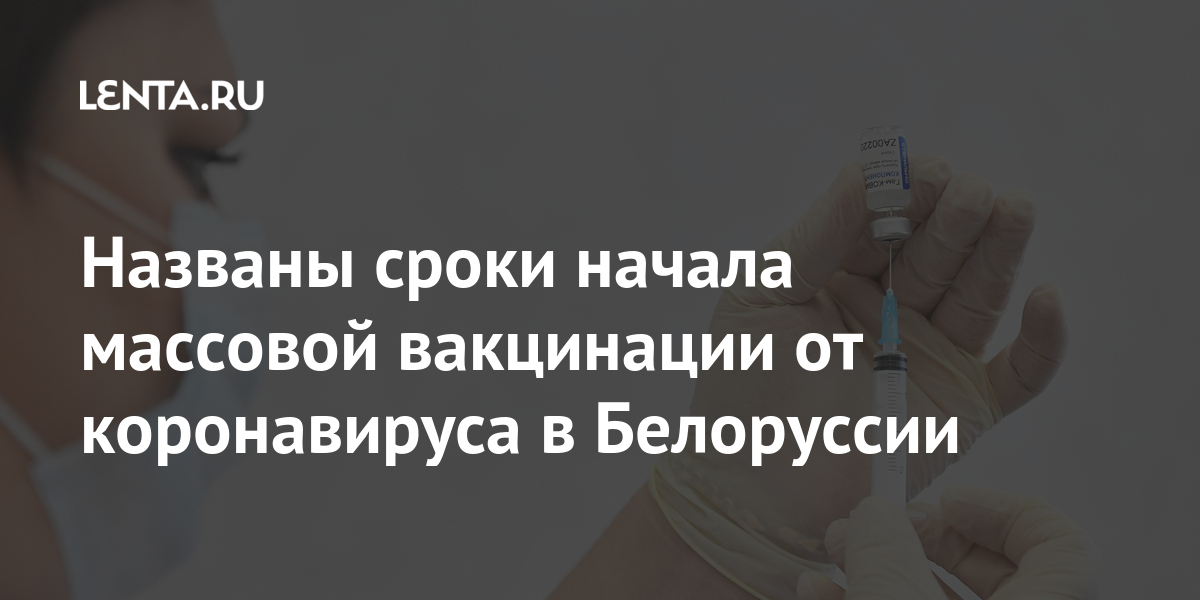 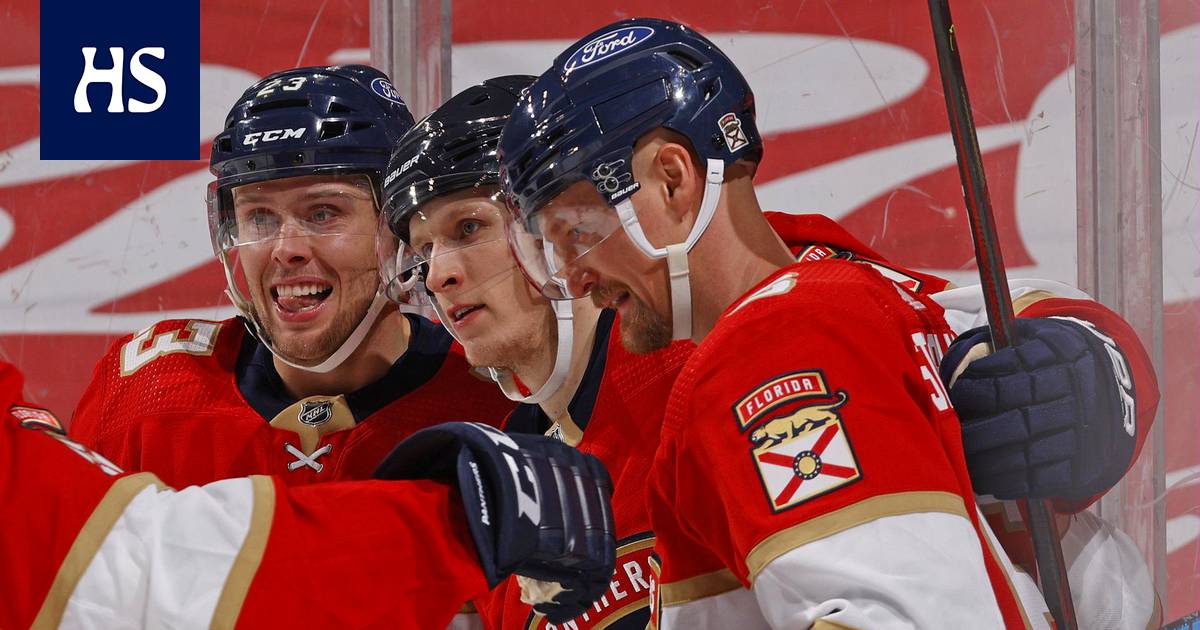 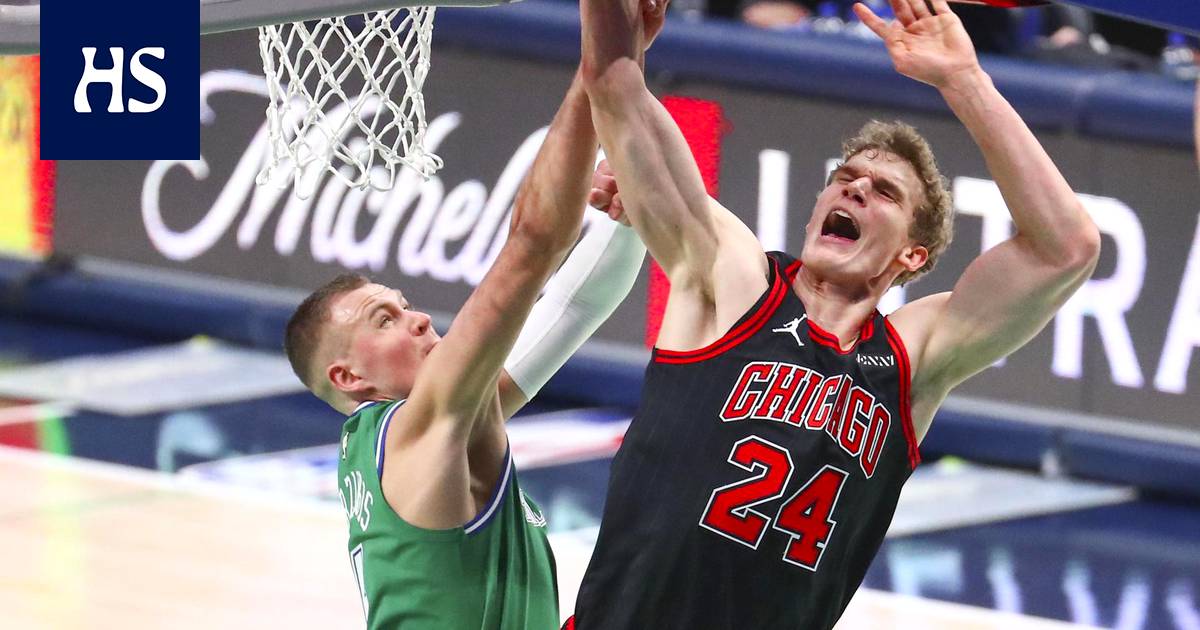 Basketball Lauri Markkanen’s top mood is beginning to be found: the first double-double of the season winged the Chicago Bulls to victory

"The English variant of the virus will develop in France in the coming weeks, it is inevitable", assures the epidemiologist Renaud Piarroux

The assault on the Capitol was a studied coup