This electric van is super cool and (possibly) life-threatening 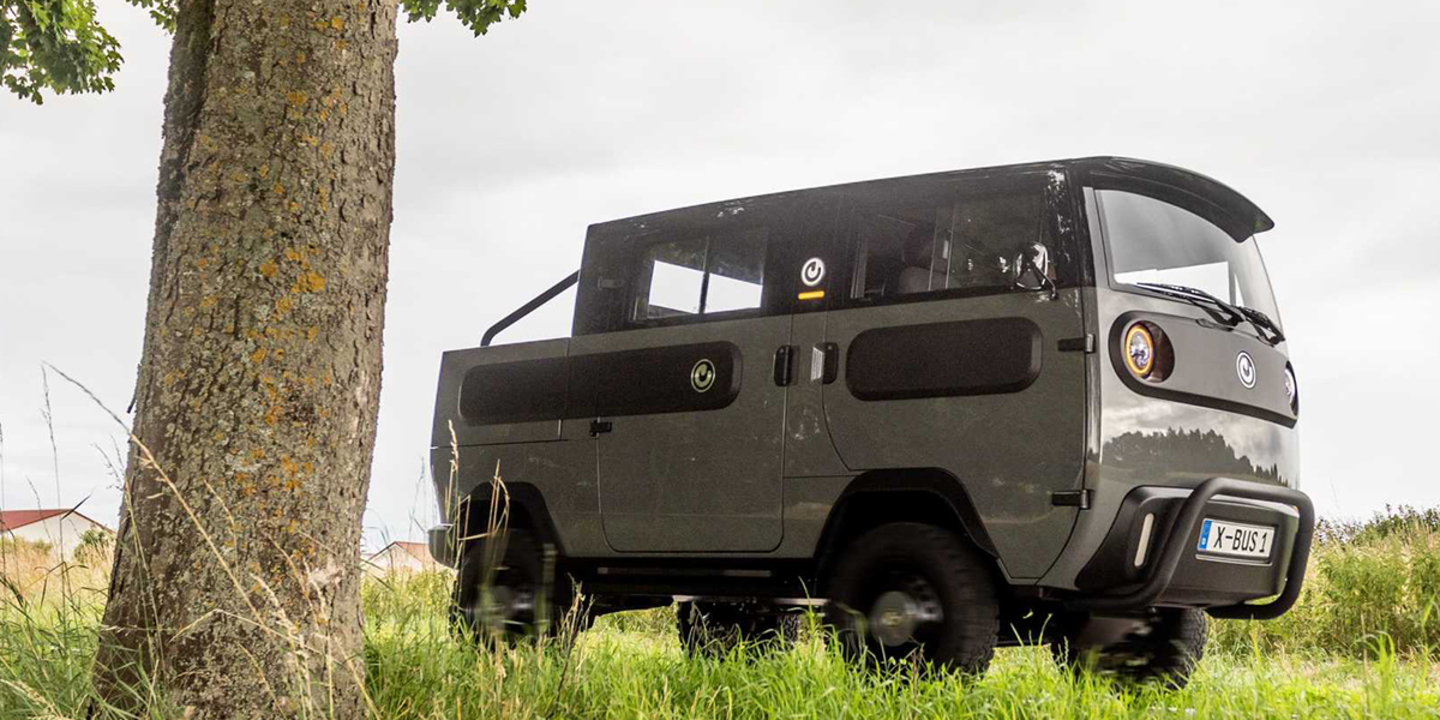 Sometimes you have to know the tricks of the trade in the car world to achieve a certain goal without paying the top price for it. Converting an SUV or powerbreak with V8 into light freight to pay only a good 100 euros in road tax instead of many thousands of euros, for example. Or, in the case of the Electric Brands XBus, being able to market a cheap electric van by having it homologated as a buggy.

Because although the XBus looks like a car, it officially falls under the L7e-B2 class, which means that it can weigh a maximum of 450 kilos (or 600 kilos for the goods version), but can drive on public roads without all kinds of expensive safety features such as airbags or active safety assistants, let alone crash tests. However, there is ABS and ESP, just like a “crash box” and a “roll bar like in a racing car”.

Well, we could also be wrong about security. Moreover, we think the XBus is a very cool thing. The design is reminiscent of an old VW T2 Microbus or a UAZ Buchanka, but with a modern sauce thanks to the LED lighting and the modern (but basic) interior.

But the best thing about the XBus is its modularity. You can put it together completely according to your wishes, from a pick-up to a small camper and everything in between. In any case, you have the choice between the standard version and the Offroad, which is a bit higher on its feet. Four-wheel drive is standard thanks to the four-wheel hub motors that together deliver a peak power of just under 80 hp. The top speed is over 100 km/h.

The batteries are also modular and can be exchanged at Electric Brands battery stations. You can also buy modules of 2.5 kWh each for about 600 euros each. In total there is room for 24 modules. Depending on the version, the XBus also has up to 8 m² of solar panels, with which you could gain up to 200 km per day.

Prices vary greatly per version. For a standard XBus ‘Freedom’ (a bare chassis with a single cabin) you pay 17,672.10 euros in Belgium, a fully equipped Offroad Camper costs 34,764.61 euros. The first copies should be delivered in the fall of 2021, reserving a copy costs 10% of the purchase price. The import is provided in the Benelux by the Dutch GWI Auto, but you have to buy an XBus via the website.