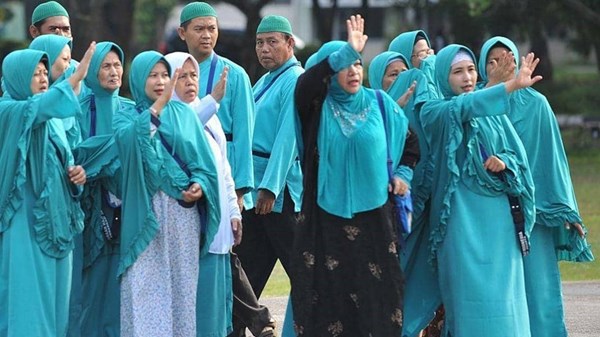 The Indonesian Minister of Religious Affairs said Thursday that his country has canceled Hajj trips for its citizens for the second year in a row due to concerns related to the COVID-19 pandemic. “Due to the pandemic and for the safety of pilgrims, the government has decided that this year it will not allow Indonesians to go (to perform the Hajj),” Minister Yaqut Khalil Qumas said in a statement. Yaqout added that Saudi Arabia did not open Hajj flights. “Not only Indonesia… No country has received its share because the memorandum of understanding was not signed,” he said, explaining that the pilgrims who paid the fees will perform the Hajj next year. On Saturday, the Saudi Press Agency reported that the Kingdom had lifted a ban on travelers from 11 countries after it was imposed to limit the outbreak of the Corona virus, but it is still imposing quarantine measures. Before the pandemic imposed social distancing measures, about 2.5 million Muslims performed Hajj annually, in addition to those who performed Umrah throughout the year.