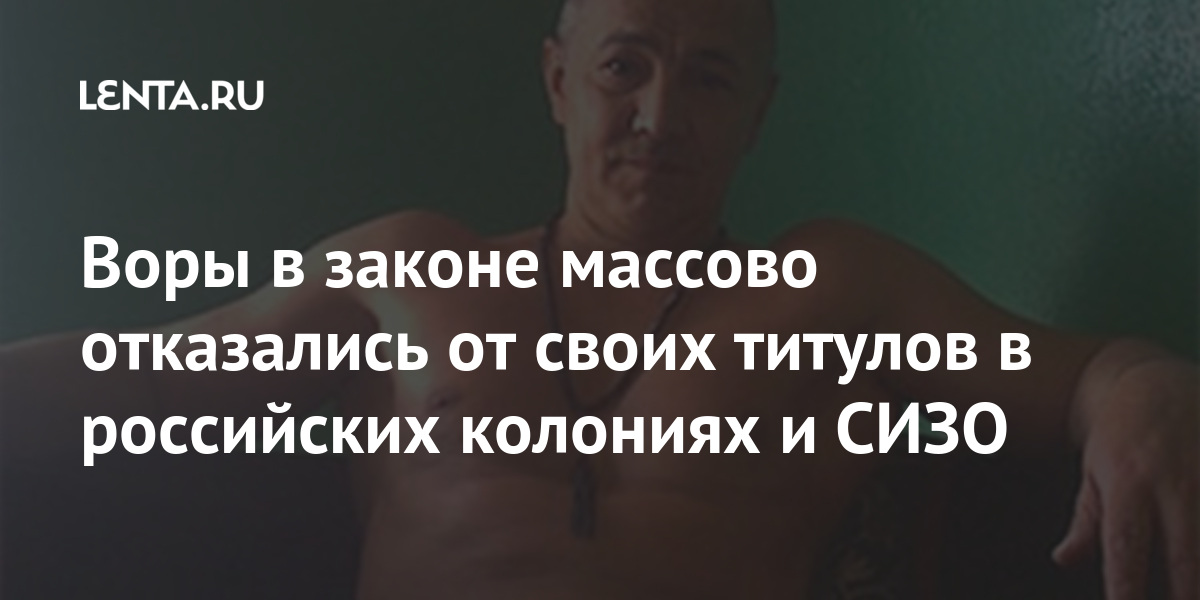 Several crime bosses who are imprisoned in Russian colonies and pre-trial detention centers have renounced the title of “thief in law”. In this regard, they wrote appropriate statements to the director of the Federal Penitentiary Service, Alexander Kalashnikov. It is reported by Telegram-channel “Honest detective”.

According to the channel, most of those who renounced the title are serving sentences for drugs, murder, as well as occupying the highest position in the criminal hierarchy. In addition, among such convicts there are those who were often restored to this status.

Earlier it was reported that after the arrest and sentencing of the leader of the Russian criminal world Zakhary Kalashov in Russia, many thieves in law began to renounce their titles in order to avoid responsibility under the new article 210.1 (“Occupation of the highest position in the criminal hierarchy”) of the Criminal Code of the Russian Federation. The introduction of the article was initiated by Vladimir Putin.

The article provides for punishment in the form of imprisonment for a term of 8 to 15 years and a fine of up to 5 million rubles.