Thierry Breton, Commissioner for the Internal Market: “Without Sputnik we have enough vaccines” 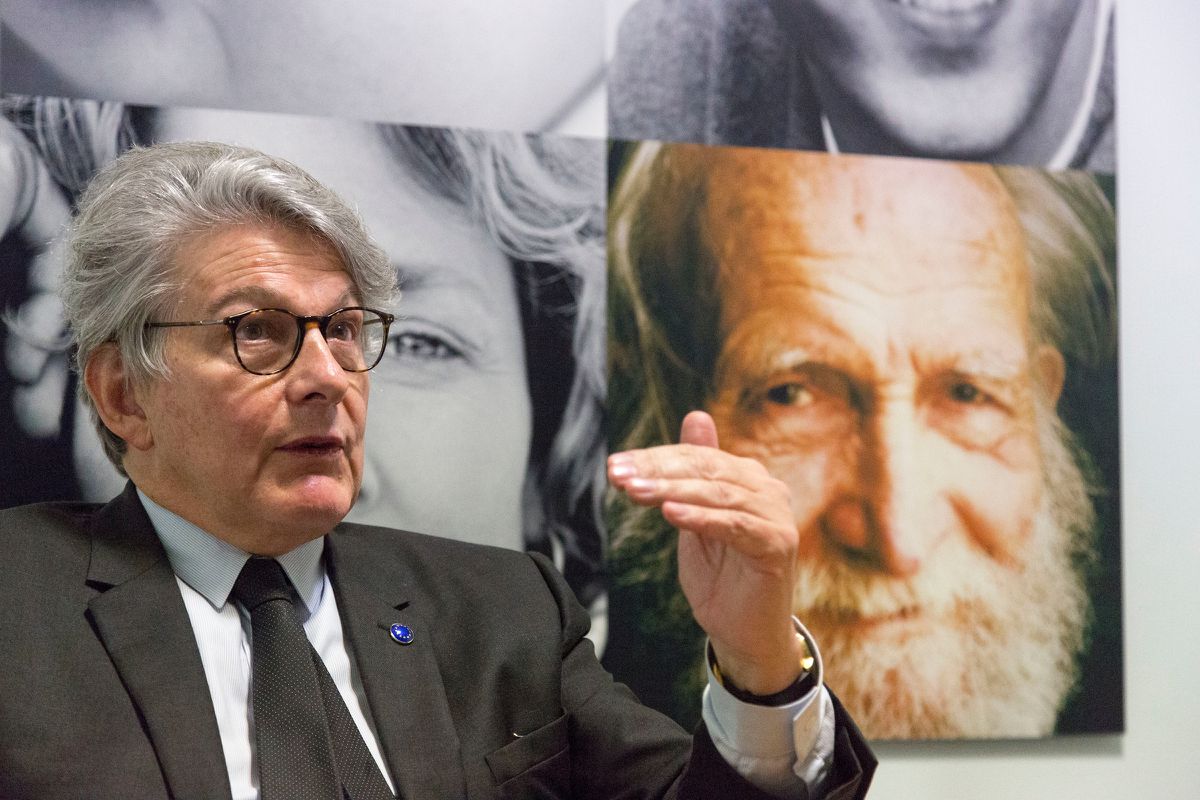 The European Commissioner for the Internal Market, Thierry Breton (Paris, 1955), has become the Mr. Wolf of the European vaccine industry. The guy to call to solve problems. After the fiasco at the start of the immunization campaign, since February he has led a special division of the Community Executive in charge of boosting production in the EU. A limping sector has known at forced marches. But he is optimistic about the capacity of the European vaccine industry. He believes that the recent decision taken by different Member States to restrict the use of AstraZeneca immunization in younger age groups, after the warning from the European Medicines Agency (EMA) about the link between the drug and very little cases common clots, it will have no effect on reaching the target immunization of 70% of the EU adult population before the end of summer. That goal, he adds, is also achievable without the need for the Russian drug Sputnik V, whose production would arrive late for the summer.

“We have secured a minimum of 360 million doses of vaccines, although it will probably be more, in the second quarter, until mid-June, and a minimum of 420 by mid-July,” explains Breton in a virtual meeting with various European media. which took place this Thursday. “According to our calculations, even if we subtract 70 million doses, we can still reach that goal.” Those 70 million are those that the Anglo-Swedish laboratory, whose constant delays in deliveries have weighed down the first phase of the vaccination campaign, has committed for the second quarter.

In the mathematics of the commissioner’s team enter the vials of Pfizer-BioNTech and Moderna, which have been delivering consignments to the Twenty-seven since December and January, respectively, and also those of Janssen, which will begin to supply in mid-April, with the advantage that the latter only requires one dose.

Breton, a former French finance minister with a long career as CEO of large technology companies in his country, such as France Telecom, believes that his optimism is based on his permanent contacts with laboratories, and his visits to production plants. When he came to office there was not even a European map with the factories running. “I have a much greater visibility of the 53 factories that work in Europe,” he says now. “I am much more certain of what will be delivered in the second quarter, because to manufacture the vaccines it takes between 70 and 90 days on the lines. We know very well what happens in each one of the factories of our continent, even in terms of inventories ”.

His prospective work contributed to the discovery two weeks ago of 29 million doses of AstraZeneca in a plant in Italy, of which 16 million corresponded to the EU, and to ensure that it remains in EU territory and does not go to the UK production from the company’s Halix plant in Leiden, the Netherlands, where the substance for AstraZeneca vials is manufactured.

The scuffles with this laboratory, of which 120 million doses were expected between January and March, but which has ended up distributing just 30 million, have been constant since he took office. “If AstraZeneca had given us what it should, as I understand it has done in the UK, we would be in exactly the same or even better situation today than in this country,” he laments. He has on occasion been surprised that Pascal Soriot, his Australian-based CEO, has not visited EU plants to personally monitor ongoing supply problems.

A couple of weeks ago, the Commission sent a letter to AstraZeneca, setting up the amicable arbitration mechanism provided for in the purchase agreement with the company, and opening the door to a possible judicial resolution of the conflict. “When you have a contract you have to fulfill it”, Breton stresses, although he acknowledges that this is no longer his territory, but that of the Brussels legal team. His task, he describes, is “to ensure that the supply chain works, avoid bottlenecks and that companies deliver what they have promised.” In his opinion, EU citizens should “be proud”, despite having underestimated the importance of the industry in the early stages. “We have been able to increase production quickly.”

Breton is convinced that Russia is the home of great scientists, but has more doubts about its ability to manufacture vaccines: while in the EU around 190 million doses have been produced to date (of which about two thirds on the continent, the rest have been destined for export), in Russia they have managed to produce about 20 million of Sputnik V.

The commissioner assures to be in tune with the words of the German Minister of Health, Jens Spahn, on a possible acquisition of the controversial Russian roads: “To really make a difference with respect to the current situation, the delivery of additional vaccines should take place in the next two, three or four months, ”he explains. And you don’t see it as feasible, but you don’t think it’s a problem either. “If not, we have enough vaccines anyway.”

Breton believes that it would take the Russian company considerably longer, which practically rules it out as a palliative for the current hole, caused by the AstraZeneca delays: by the time the Russian vaccine arrives, according to Breton, production in the EU will already be what robust enough. He expects that in the second half of the year it will already go at a rate of more than 130 million doses per month.

To explain the complexity of the industry, he gives the example of Reig Jofre’s Barcelona plant, which he visited a couple of weeks ago. The lab has partnered with Janssen (a Johnson and Johnson affiliate) to fill and finish their drug. “It is an adenovirus vaccine, like Sputnik,” says the commissioner. “Between last summer and December they were dedicated to technology transfer. It took them six months, working 24 hours a day, seven days a week, “to which is added the set-up of the infrastructure, which will be ready” in mid-June, “he explains. “For a very professional company, working very hard, it has taken a year, and that’s just for the filling and finishing. Manufacturing the substance of the drug is still a bit more complex and longer ”.

The Commissioner believes that part of the problem lies in the perception of some citizens and Member States. “We live in a consumer society, in which we believe that one can go to Amazon and have everything the next day. It is not the case of vaccines ”, ditch.

Breton assures that “the EMA welcomes any new application”, such as the Russian drug, which is currently under the scrutiny of the European regulator and could be approved “in the coming weeks or months.” “But after that, it will take maybe five, seven, ten or twelve months before starting production.” That is the argument that he claims to share with the German Health Minister: “For us the race is now.”

Galley horses ready for the 2021 summer season in Palma

The “old lady” falls as the “judge” at the “Ronaldo party”!