They will make a park, houses and shops in the former Sports City of Boca Juniors 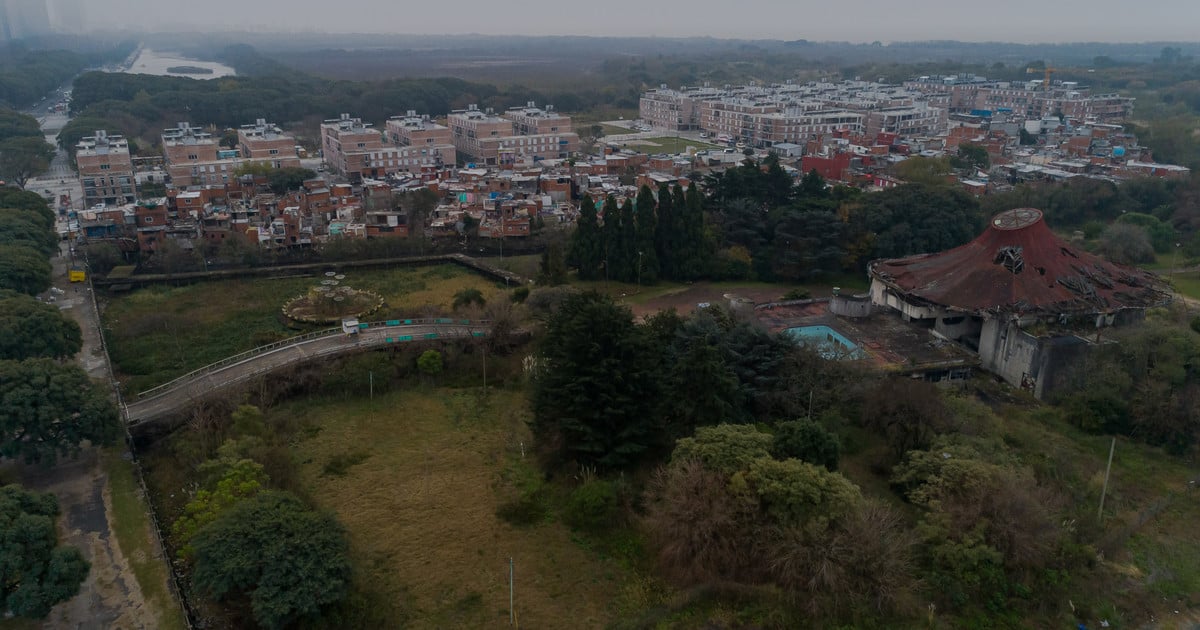 After decades of no use, the former Sports City of Boca Juniors, on the Costanera Sur, it seems to have found its destiny. The company IRSA, owner of the land, will sign an agreement with the Buenos Aires government: it will give 47 hectares to build a public park. In exchange, on the other 24.6 hectares, he will build a residential complex, with homes, shops and gastronomic spaces.

This was confirmed by the Urban Development Secretariat of the Buenos Aires Government. The project will be carried out through a urban agreement, a legal tool by which the State can grant a private person certain modifications in the regulations that govern construction, in charge of a consideration for the City.

That agreement is the one that will be sent, along with a bill, next week to the Buenos Aires Legislature. The initiative must be approved with 32 votes once, then it must be submitted to a mandatory but non-binding public hearing, and finally for a second approval. In principle, the official inter-bloc has enough votes to convert the bill into law.

It is also the largest parcel in the City. It was sold for Boca Juniors in 1992 to a company, Sociedad Santa María del Plata. A year later, IRSA acquired it.

Since then, the company had a project, known as “Solares de Santa María”, to develop a 70-hectare urbanization throughout the property. But he never got the Buenos Aires Legislature to approve the zoning.

In addition to giving 67% of the surface area, the City reported that IRSA is also committed to finance the construction of the park, to take care of maintenance for 10 years, and also to invest in a fund for science and technology. In total, and as explained in Urban Development, the company would be contributing to the City about 250 million dollars (most of it, with the value of the land).

What will the urbanization be like? Although the details are not yet known, the idea is to build a residential complex with homes, commercial premises, restaurants and other types of undertakings. They can be built up to 237,904 square meters. And although the maximum height allowed will be 98 meters, the intention would be to make buildings of smaller volume.

Another view of the former Ciudad Deportiva, with the Costanera Sur power plant and the Río de la Plata in the background. Photo: Rafael Mario Quinteros

If what had been devised for “Solares de Santa María” is maintained, some plots would have boat moorings.

It will undoubtedly be the most important urban project in the City, on land that has been inaccessible for almost three decades.

The Boca Juniors Sports City was a megaproject dreamed of by Alberto J. Armando, the former president of the club. In 1964, the National Congress passed a law to allow Boca to make a coastal landfill and keep the land. The idea was to build a sports complex and, mainly a stadium for 150,000 people, which was to open on May 25, 1975, with a friendly between Boca and Real Madrid.

But none of that happened. The successive economic crises in the country made the project financially non-viable. The only thing that was built was a confectionery, some tennis courts and an amusement park, the “Parque Genovés.” Since the 70s, the property remained in the abandonment, until Boca finally sold it.

For the City, the development of the property on the Costanera Sur would mean two issues: job creation with private investment, and recovering a space that has been in disuse for decades.

“Buenos Aires cannot afford to have a 70-hectare property in front of the river without people using it. Urban agreements and the development of large parcels such as Costa Salguero or the IRSA property allow a huge increase in public space and recover the relationship with the river, ”said Álvaro García Resta, the Buenos Aires Secretary of Urban Development.

The reference to Costa Salguero It has to do with the other great urban project that the City has, and which would also allow to increase contact with the river. It is an initiative to sell part of the lands of Costa Salguero and Punta Carrasco (today occupied by event rooms and other private enterprises), to allow the construction of houses and other enterprises. With this money, the installation of a large park would be financed in 74% of the surface, in front of the southern head of the Newbery Airport.

That project has already been approved on first reading and has gone through a public hearing with more than 2,000 speakers. The second approval is still missing.

The problem is that the project generated much rejection, from opposition legislators and various NGOs, who oppose what they call a “privatization of public space.” In fact, they managed to get a Buenos Aires judge, Leonardo Furchi, to grant an appeal for protection block the law that allowed the sale of land.