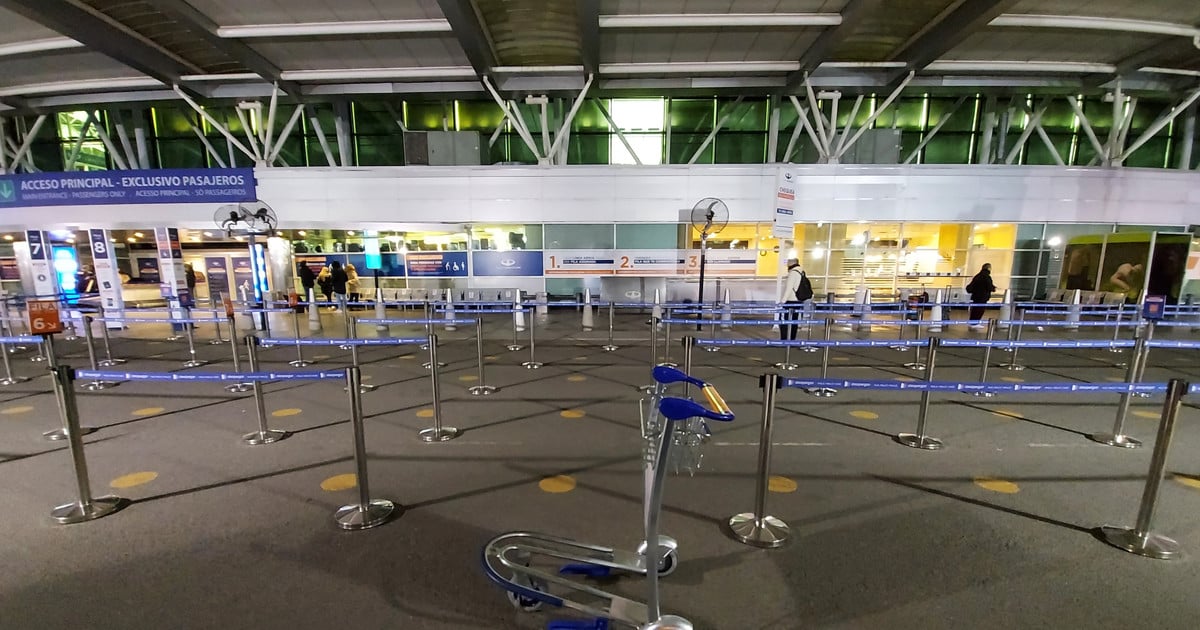 The City of Buenos Aires announced this Tuesday that it will extend the isolation of those who arrive in the country infected with the Delta variant of coronavirus: they must isolate themselves for 10 days, instead of 7.

In this way, to stop the arrival in the country of the Delta variant, the districts – at the request of the national government – are already specifying their schemes for people who come from abroad, both in case they are positive and negative covid.

In this context, the Buenos Aires government formalized its protocol with the procedures for each case, noting that in case of non-compliance “The violation of isolation will be punished within the framework of articles 205 and 239 of the Penal Code “.

If positive with the Delta variant, the person will comply with the 10-day isolation in the hotel president that the City has available for these cases.

In addition, the national government will be in charge of analyzing the sample to determine the strain of the virus.

If it tests positive with any of the variants that already circulate in the City, isolation in a hotel it will be 7 days.

As the analysis of the variant is done during isolation, and those infected do not have contact with other people, the City decided centralize those who must be confined due to coronavirus in the President. Previously, the district had four other hotels to isolate.

From the City Government they assured that it will face accommodation expenses for residents of CABA. It will be accommodation, medical attention and four meals a day.

The district had made that decision before, to difference from what was decreed by the Nation.

“They are currently staying in hotels 12 people from abroad, 2 from the City and 10 from different jurisdictions. This referral operation in hotels to those who test positive in Ezeiza or Aeroparque was launched on March 11 and since then the City has accommodated 229 people from 13 different jurisdictions and also from abroad, “the City reported.

If the citizen returning from abroad presents negative covid, you can meet at home mandatory isolation and shall be tested on the seventh day.

“When you arrive at the Airport and declare domicile within the City, the person you will receive by SMS and email the explanatory on how to perform the isolation and the steps to follow. In the email will be the mechanism to take the turn to take the test on the seventh day, “they specified from CABA.

They continued: “A team from the health areas and the 15 Buenos Aires communes will do the health monitoring. There will be a daily phone contact that will follow the fulfillment of the isolation and the evolution of the state of health or any consultation until reconfirming the test shift “.

From the City they reported that if on the third day contact could not be made with the traveler, the Buenos Aires government will make a visit to the declared address to verify compliance with the respective protocol.

If after the seventh day the person who was isolated does not show up to perform the test, they will also “be visited to find out the reason and facilitate the performance of the test.”

On Monday it was established that the limit of Argentine passengers that can enter through the Ezeiza airport it went to 600 daily.

The restriction governs until July 9 and, according to the head of Migrations, Florencia Carignano, “surely” it will be renewed. “From July 1 to August 31, the measures of hotels and places that the provinces have in place so that people go to do the mandatory 7-day quarantine,” he said.

Large: “We are not against people who travel or are going to get vaccinated in Miami; I like Miami, I would love to go to the beach now. All we are saying is that at this time the entry of a variant like the Delta would greatly complicate the vaccination process and, above all, it would complicate all Argentines who have to work every day. “