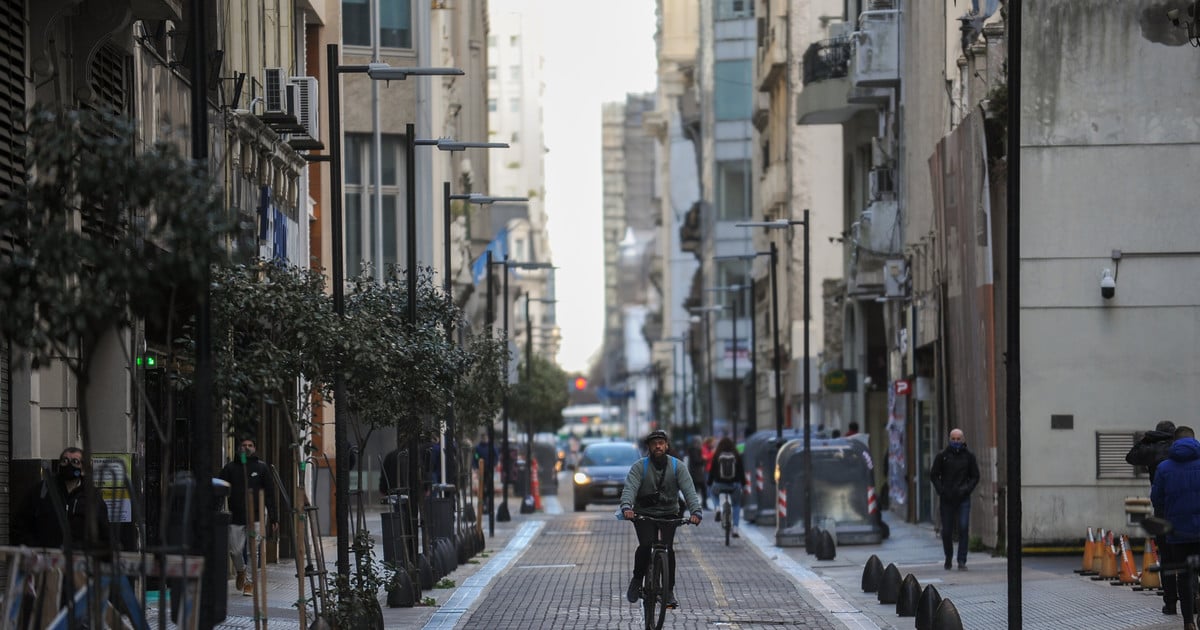 With a project that entered the Buenos Aires Legislature this Wednesday, the City will seek to create the Sustainable Urban Development Fund, destined to “finance plans, programs and projects that promote the development of certain neighborhoods of the City with priority in the southern zone, Barracas and the macro and microcenter of Buenos Aires“, the latter area, particularly affected by the pandemic.

As published Clarion This Tuesday, in the central area of ​​the City there are already consortiums that began to raise the need to transform offices into departments. The home office that imposed the pandemic is here to stay and in many cases there are companies that stopped renting entire floors. For this reason, the creation of this fund appears as one of the answers to the question that arises about how will it be converted an area of ​​the City that these days is a desert of low blinds and rental signs, and in which they must have closed decades-long classics.

With the Sustainable Urban Development Fund (FoDUS), the Buenos Aires government seeks to generate economic and urban instruments to promote public, private or mixed initiatives. Plans, programs and projects are included in the neighborhoods determined as priority development areas, in which credits will also be granted to favor access to housing.

The project stipulates the creation of a enforcement authority, who will be in charge of managing the Fund and determining the plans, programs and projects to be financed. And it will work together with an advisory committee, made up of representatives of the Enforcement Authority, the Executive Power and the Housing Commissions, Urban Planning and the Budget, Finance, Financial Administration and Tax Policy Commission of the Buenos Aires Legislature. .

A project of the Buenos Aires ruling party seeks to generate a fund to finance transformation works in an area degraded by the pandemic. Photo: Juano Tesone

Where will the money in the fund come from? As stipulated by the project, “it will be constituted mainly by the income of the proceeds from the payment of rights for urban development and sustainable habitat and the Considerations from urban agreements. Additionally, you may add donations, bequests or any other contribution established by the Executive Power “.

Refers to the income that the City receives from works that start, whose costs were cut by law a year ago, in the context of the pandemic, and especially the income that arises from the Urban Capital Gain, created with the new Urban Code in 2018 and consists of a percentage of extra profit that developers make that are benefited by regulatory changes that allow them to build more meters and increase their profits.

Therefore, in addition to generating new instruments to facilitate access to housing, with the Fund they plan to launch a credit line oriented to the rental, purchase, construction or adaptation of homes within the priority areas.

A project of the Buenos Aires ruling party seeks to generate a fund to finance transformation works in an area degraded by the pandemic. Photo: Juano Tesone

The project that entered the Legislature belongs to the deputy Diego Garcia Vilas, of the Let’s Go Together block, and also incorporates changes in the Building Code, to allow “interventions in existing buildings so that they can be adapted to mixed uses without requiring major building interventions, but guaranteeing safety conditions. “This has to do above all with the transformation of the central area, where office buildings will begin to be converted to house apartments and houses.

“The key to this project is to deepen the development of Buenos Aires and that the citizens of all neighborhoods have more opportunities to progress. There is a lot of potential in the City, areas that can grow a lot, transformations that can bring a better future to people, in addition to being a source of work for many, “said the Chief of Staff, Felipe Miguel.

For his part, Alvaro García Resta, Secretary of Urban Development, added: “The initiative allows promoting the housing offer and make it more accessible while channeling investment where it is most needed. The fund is a tool that will allow us to buy land to increase the amount of public space or carry out infrastructure works that encourage the development of neglected areas and continue balancing the north and south of the City ”.