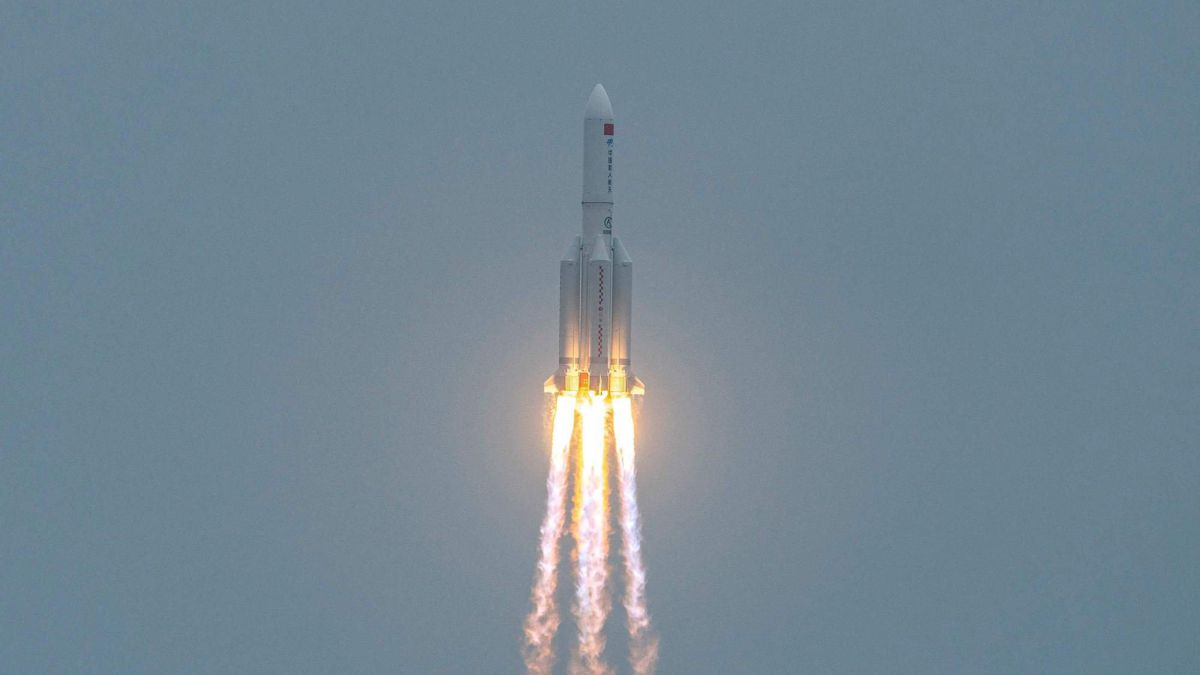 The Pentagon, the headquarters of the United States Department of Defense, has warned of the tracking of a Chinese 22-ton rocket that is out of control on its return to Earth. Long March 5B, which was used by China to launch part of its space station, will enter Earth over the weekend.

“The rocket will pass through the atmosphere around May 8”said Defense spokesman Mike Howard. However, the problem is that, for the moment, it is impossible to track where the ship is going to enter and, therefore, where it is going to land.

“The risk of damage or debris from the rocket hitting someone is very small. It could happen, but I wouldn’t lose a second of sleep over it “recommended by Harvard University astrophysicist Jonathan McDowell.

The Pacific Ocean is the main possibility

“The spacecraft will enter Earth between May 8 and 10. But in those two days it will go around the world 30 times, as it is traveling at more than 30,000 kilometers per hour. Therefore, we will not know where its debris will fall until a few hours before it enters the atmosphere “McDowell added.

The speed at which the rocket travels will cause that, upon entering the atmosphere, most of it disintegrates. However, as a consequence of its large size, it is possible that there are large parts of the ship that can be saved from burning and fall to the earth’s surface. In fact, in case of falling in inhabited areas, the damage could be great.

Despite everything, as McDowell has pointed out, the main probability is that the debris falls into the ocean, since it makes up most of the planet’s surface. “I would bet on the Pacific Ocean because it is most of the Earth”, has settled.

Construction of a Chinese space station

The spacecraft back to Earth was launched last Thursday from the Wenchang base as the first part of the project to build a Chinese space station., as confirmed by the China National Space Administration.

This space station will be assembled with several modules that will be launched into space at different times, but It is estimated that by the end of 2022 it will be completely finished.

Israel remembers the 45 fatalities of the human avalanche