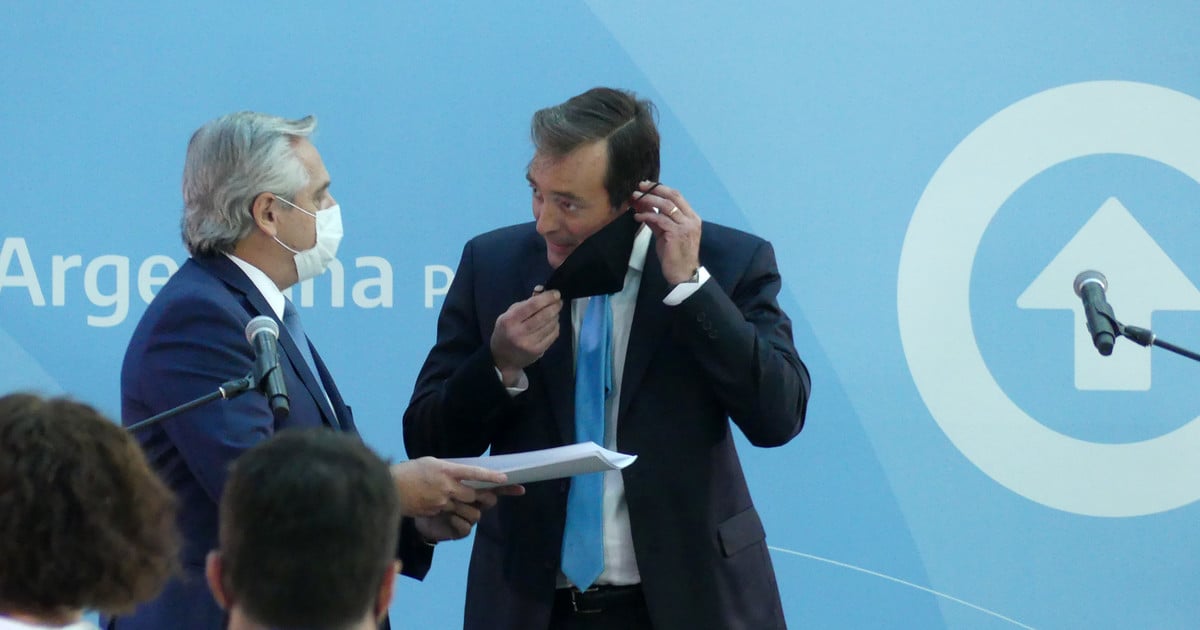 In a report, the NGO FORES warns that from 2009 to date, the vast majority of cases in which acts of corruption are investigated “They do not conclude” and signals the appearance of “Institutional threats” against Justice since the change of government in December 2019.

The trials do not end because “the accused are dismissed by prescription, death of the accused, excessive duration of the process (more than 20 years) or because the evidence is degraded or eroded ”.

In these conditions of Argentina in the last 12 years, the report concludes: “There are no innocent or guilty officials: they are suspects.”

During the 2009-2016 period, cases in which acts of illicit enrichment are investigated, for example, they are about 600, but in the same period only a firm conviction is recorded. This is the former Secretary of the Environment for Carlos Menem, María Julia Alsogaray.

The report was delivered to the so-called Follow-up Mechanism for the Implementation of the Inter-American Convention against Corruption (MESICIC) of the OAS. The MESICIC is doing an audit on Argentina that will last another 10 months until next March and will include a visit by its experts to evaluate the country in situ.

It is titled “A Country In A State Of Suspicion: Argentina and Corruption 2009-2021”. It was carried out under the coordination of the former president of FORES, Marcelo de Jesús, it took approximately 4 months of investigation. FORES is an NGO created 45 years ago to improve the judicial system. The entity is currently chaired by Alfredo M Vítolo.

The FORES report exhibits “disorder and insufficiency of the country’s statistics: with outdated, contradictory and insufficient information ”on causes of corruption. In 2019 there were more than 100 former K officials, including Cristina Kirchner prosecuted for corruption but it is very difficult to follow the evolution of the causes.

In one of the chapters of the 120-page report, it is noted that since December 2019, when the Government changed, “There are institutional threats to the fight against corruption”. Even if does not identify anyone In particular, he refers to the vice president who in her speeches, through her operators or through laws approved by the Senate, launched an unprecedented offensive on Justice.

For example, it has been more than a year since President Alberto Fernández appointed Judge Daniel Rafecas as a candidate for Attorney General of the Nation, but the Senate has not dealt with such a statement.

In addition, there is a bill to modify the Public Prosecutor’s Office to appoint the Attorney General “without greater consensus, generating a jury more easily to remove prosecutors since a more politicized body has been projected to make up the jury ”, he comments. This is the controversial law that the Ks approved in the Senate to appoint him without two-thirds of the votes.

“The threat is not less to modify the Supreme Court suggested by a commission appointed by the Executive Branch whose members are defense attorneys for public officials with corruption proceedings pending before the same Court or lower bodies ”, he highlights. It refers to the proposal of the commission made up of Cristina’s lawyer, Carlos Beraldi, who wants to create an arbitrary sentencing court for the party or at the same level as the Court.

On the other hand, in several of the interviews it has been “pointed out to us that There is interference on Justice by Politics and even intelligence services. The current government has signaled the same concern. The OECD has also included such interference in its public documents (noted below) ”. It refers to the denunciations of Kirchnerism about alleged illegal macrista espionage.

Argentina “has an acceptable regulatory system to combat and repress corruption. But the rules are not comply”, As the former advisor to Raúl Alfonsín, Carlos Nino, said in his book“ A country, on the fringes of the law ”.

“It would seem that the country has built a system functional to corruption, either deliberately, or due to omissions or negligence ”, he adds in that sense.

In 2016, an Audit carried out by the National Magistracy Council regarding the causes of corruption in the federal justice system revealed “human, technological and functional resource problems What do they do almost impossible investigate and punish corruption in our country ”.

“The notorious delays in the processing of the trials reflect a concern more for the formal aspects that by a concrete interest in advancing the causes ”, he adds. Instead, the case of the Cuadernos de las Bribes was investigated by the late former judge Claudio Bonadio and the prosecutor Carlos Stornelli in a year and a half.

For example, different organs of the state “make judgments of each other for refusing to share information with other state institutions, with a notorious lack of interest in the advancement of the causes ”.

Then, the causes prescribe “but no judicial or public ministry official it is investigated or audited for having allowed the prescription “, stresses FORES.

The report concludes with a series of recommendations and proposals to the OAS aimed at “avoiding misinformation, lack of efficiency, and lack of coordination among State organs.”

The evidence of the causes “erodes and is lost over time” as, for example, in the Henin case (on the Yacyretá dam).

In part, maintains FORES, “the problems of delay arise from a Procedural Code that allows stakeout with almost no resource limits. The defenses interpose all possible resources at each stage of a case ”.

Next year the new procedural code is expected to come into effect throughout the country, which passes to an accusatory system in which prosecutors and not judges will investigate.

Regarding the lack of convictions, it states that “by comparing the information that we were able to obtain, we observe that the criminal cases for the crimes of this sixth round of OAS consultations, appear to have no convictions and have an alarming excess duration”.

In current Argentina it is considered that the sentence must “stay firm” for a convicted person to serve his sentence and not directly after an oral trial. “A” firm “or” final “sentence seems an unreachable moment given the amount of resources the system supports and those raised by the parties ”, he adds.

For example, recently a former vice president of the Nation Amado Boudou was sentenced “after traveling eight instances”. After “the ruling was final, neither the sentence is fulfilled by new resources to avoid prison ”to 5 years in prison for the Ciccone case.