They seek before TEE to annul election of governor 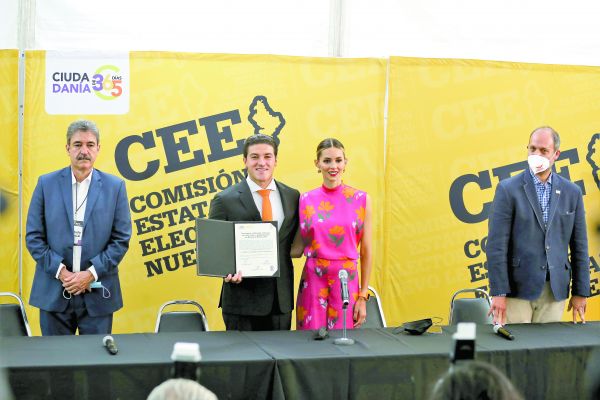 On the last day to admit lawsuits before the State Electoral Court (TEE), sources close to the complaint revealed that the governor’s election that he won was finally challenged Samuel Garcia Sepúlveda on June 6, so the case will come before the Electoral Tribunal of the Federal Judicial Power (TEPJF).

A source close to the case detailed that the complainant, whose name or party was not revealed, is requesting the annulment of the election to the governorship by arguing that Samuel García incurred in alleged political gender violence, as well as alleged illicit financing for his campaign .

In case the plaintiff does not agree with the resolution of the TEE, the matter could reach the Superior Chamber of the Electoral Tribunal of the Judicial Power of the Federation in a constitutional review trial, since it is the election of governor.

Similarly, the source added that two other lawsuits were filed, however, one withdrew and the other was put out of time.

The one that did materialize, he specified, was filed only last Friday, the last day to admit challenges against the invalidity of the election to governor.

“Yes there were a couple of lawsuits (against the election of governor), there is a withdrawal of one and it seems that there is another that is out of date.

“(The complaint that did materialize) are issues related to the sentence handed down (to Samuel García) of violence (gender policy in the Specialized Chamber), but it is not due to (anomalies in the) boxes, it is due to issues of oversight and resources. They ask for the nullity of the election, ”said the informant.

Regarding the content of the lawsuit, the source explained that they are taking before the State Electoral Court the sentence of the Specialized Chamber of the Electoral Tribunal of the Judicial Power of the Federation (TEPJF), where they indicated to Samuel García Sepúlveda that he should publicly apologize to Clara Luz Flores Carrales, former candidate for governor of the Together We Will Make History coalition in Nuevo León, for having used the expression “old politics.”

“They are issues of resources of illicit origin and they handle the sentence that came from political violence (based on gender, in the Specialized Chamber),” he reiterated.

With this, the magistrates of the local court must study and analyze the challenge in the following weeks to give a resolution in this regard.

It should be remembered that in the last election to governor, in 2015, no challenge was presented against the victory of Jaime Rodríguez Calderón, who won the contest with 50 percent of the votes. _