They resume missions in prisons after covid-19 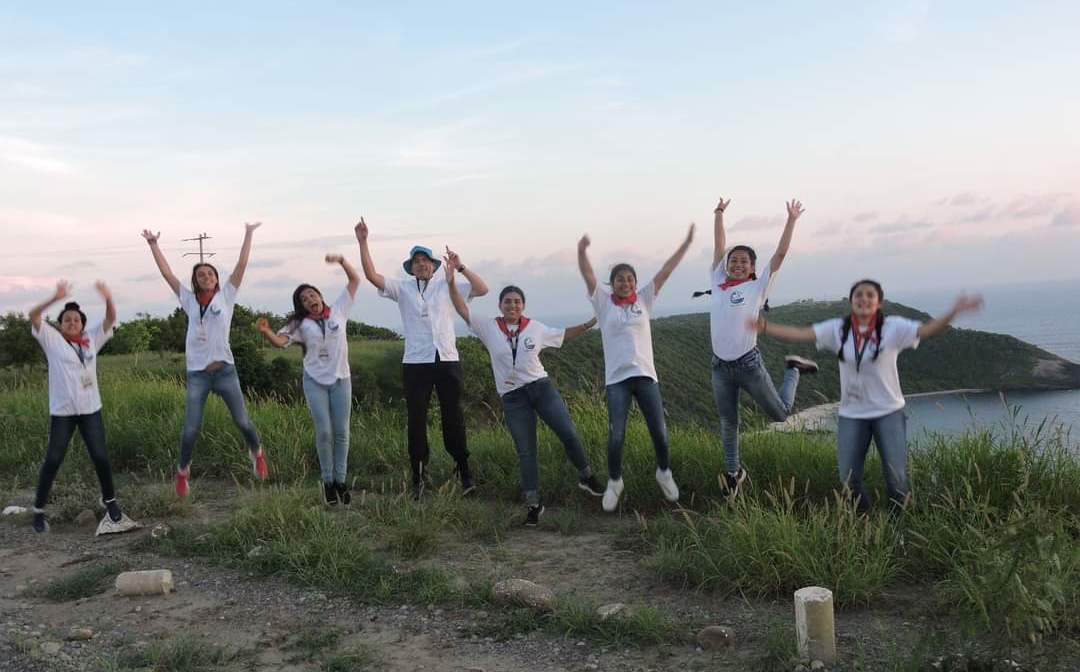 Confinement to avoid contagion of covid-19 It has made it difficult or, in extreme cases, deprived people deprived of their liberty of the opportunity to be visited by their families, or by missionaries and volunteers, who provide them with spiritual comfort.

The pandemic prevented the mission led by Father Arturo Guerra, a priest member of the religious congregation Legionarios de Cristo, from being carried out in Easter 2020 and the summer of that same year; however, it has been able to resume it in 2021.

Besides being the principal of the school Cancun Summits, since 2013, the priest heads missions in the Federal Centers for Social Rehabilitation (Ceferesos) at least twice a year. From the first mission until 2018, these were carried out in The Marias Islands, but when that prison closed in 2019, the missions were transferred to other centers.

-What is the objective of these missions?

These are missions for young people, generally they are for university students who in small groups dedicate a moment of their summer vacations or Easter week to go to a jail. Normally we visit a federal prison and it is an experience of coexistence, of being with people deprived of their freedom to organize dynamic activities for them, beyond openly religious activities. We also do workshops related to the talents and careers studied by the young people who attend. In addition to living with them, we listen to them a lot. When possible, we take some time to eat with them in their dining room, the food they eat; sometimes we cannot all three meals a day, but even one.

-How is the logistics? Do they come in every day or do they leave until the mission is over?

We have done two types: one is that we enter and if the mission It lasts eight days, we are going to be inside the entire time the mission lasts and we have also done some where it is done on four or six Saturdays.

-How did you get around the issue of the pandemic with the missions?

When the pandemic began, the missions were obviously suspended, no type of activity could be carried out; but in the latter Easter week We did a first pilot experience, obviously with a lot of care, precautions, restrictions and we were able to do it in a jail where at the time we went they did not have a contagious situation. The truth, thank God, it was a great success, for that sanitary part because neither we brought the virus to them nor did any missionaries get infected.

-What are your health protocols?

The prisons They have a filter at the entrance, it is an exhaustive review, it is an interview, a form that you have to fill out. It is a constant check in case someone has symptoms. That from the outside, but once inside there are another series of controls to enter each of the areas of the centers.

-What non-pastoral activities do you carry out with inmates?

Normally, workshops are held according to what each young person knows how to do; To give you an example: once he was a rescuer and gave a small first aid workshop, very small because we only had three one-hour sessions. We also had the origami workshop, because there was a missionary who was very good at making paper figures. We also had a very interesting philosophy workshop with a student; a drawing workshop with a guy who is very good at drawing. We also gave a basic finance workshop and it was given by someone who was studying an economic topic. So, the truth is, it is a fairly wide range. Let’s say that each mission is different because the missionary groups are different.

-How do these young people register to go to the missions?

Now that i work at school Cumbres from Cancun I make an open invitation to them at school. You can only go if you are of legal age, then you can only take those who are in the last year of high school, as long as they are over 18 years old. Sometimes there are young people that beats them and there are others who do attract a lot of attention but do not have the permission of their parents, because it is also a whole issue, the one that parents can imagine that many fears and fears. There are also young people who find out from someone or a friend who has already gone to one of the missions, they write to us and get in touch with us, in addition to social networks.

-What has been the most difficult thing to coordinate in these missions?

The most difficult thing is the formation of the group, because many variants have to coincide; for example, that the kid wants to go, that’s the most important thing and then, that they give him permission. Once you take that step and overcome your fears, we are on the other side; However, there are always young people who sign up, but on the last day or two before the mission, something scares them or someone says something to them and they back down. That is the hardest part.

-What is the coolest thing about missions?

Once the mission begins, everything flows and the response of the people deprived of liberty is always obviously positive; They kind of don’t believe that there are young people who simply go to visit them, to be with them and ask them over and over again ‘why are you coming?’ Almost, almost asking who pays them to do this? And the missionaries answer that no, on the contrary, they have to cover the expenses of the trip, lodging and the mission, they explain to them that they are there instead of being on the beach on their vacations and that topic reaches them a lot. people deprived of liberty and then everything that we offer them, they receive it with a very big gratitude and they join in all the activities, they are very enthusiastic and they try to take advantage of everything we do.

There are moments when there is a very interesting dynamic, where there are questions from both sides: young people ask something and they answer; when they finish answering they ask the missionaries. This dynamic is very interesting because it is an encounter between two totally different worlds, two realities; They go together discovering that deep down they are all human beings, whether or not they have a prison uniform or are “apparently” free outside of jail or inside, in the end they realize that there are many more things that unite them.

-Do they touch the hearts of people deprived of their liberty?

For example, there was once a prisoner who told the young man ‘I have a son your age and looking at you I imagine my son. I would do anything to be with him and because of my mistakes I can’t do it. ‘ This is full of hope, to be able to see that there are young people who come, who help and who try to do their bit to do good things in the world.

-What is the mission that is most dear to your heart, the most endearing?

It is a difficult question, because each mission is unique and unrepeatable. But if you have to choose one, because the first experience always leaves a particular mark because we were going to see what we were up against, what was the place like? How could the dynamics be developed? Thank God for the number of missions because you learn for the next one, to perfect the way in which the mission is carried out.

-What learning have these missions left you?

You start to value what you have a lot, it makes you much more understanding with people, because there is always the tendency of people who think ‘sure, I’m super already because I’m outside and you’re bad and you’re locked up here’. And that is a prejudice that must be overcome.

For example, the mission does not work if you ask the forbidden question, the one that no one has to ask a person deprived of liberty ‘why are you here?’ That is the question that everyone brings on the tip of their tongue and that everyone is curious to ask. Because when someone approaches a penitentiary, the first thing they start is to do an analysis and say ‘look, this one does have a bad face or look this one has the face of good people’.

So why is it here? What has he done? That is how spontaneous and natural that people do it, that in the mission we have it totally forbidden and we work so that we do not go with that approach. Because if we went with that approach it would become a kind of zoo visit; To put it crudely, it is as if someone said ‘Hello, I am a researcher and I come to study you and observe you and see what is the strange behavior of a person who does not have freedom’ and we do not go like that, we go without caring. They are? they have done? How much did they do? How they did it? We never put that on the table, the funny thing is that a bond of trust is created, because suddenly some of them are already beginning to tell you their stories:

-Is there training for missionaries?

I try, although it is not always possible due to the difficulty of forming the group. Ideally, have a few training courses about a month before. But when that is not possible, obviously there is a very important talk: lesson one is that the person deprived of liberty is never asked why they are there, and then arriving at the penitentiary, before starting, they give us a training by the authorities and every day we review how we are doing and how it will be the next day.

-What is the future of these missions?

That they continue and that they can multiply, that there are more hands, that there are more people who would like to do this. Obviously in the world of the penitentiary there are many efforts: the work of the church, in many dioceses there is a whole committee of penitentiary work, there are chaplains who visit the prisons, there are prayer groups, groups of people who go and attend to the needs materials and a lot is made of different trenches. So what we do is a small thing. For example, if a prison has 1,500 people, we could only work with 150. That means that with the others who live there we could not even greet them, because materially it does not give the time or the number of young people we have.

-Something you want to add.

A phrase of Jesus that was later taken up as one of the corporal actions of mercy. When Christ speaks of the final judgment, he reviews the questions that they are going to ask us to enter paradise: there I was hungry and you gave me food, I was thirsty and you gave me drink, the last one is “I was in jail and you left. Let’s see”. That is the essence of the mission, the vast majority of the young people who go do not have that part of faith and yet they want to do very interesting things, but normally the majority who sign up have this perspective of faith and the certainty that they are going to find Christ who is hiding in the prisoner.