Dragon Ball Super: Super Hero, The next great film in the franchise, it will give greater prominence to characters who normally do not have it. Even if Goku, Vegeta and some other familiar faces will be present during the film, it seems that this time the real heroes will be the Z Warriors less known, who will have to face a pair of lethal Androids of the Red Ribbon Company.

We already had the opportunity to see these villains in action as part of the first promotional materials for the feature film, but why do they want to kill Goku and company? Well, in a recent trailer it is mentioned that Gamma Androids have been programmed to believe that Goku and his friends are villains. In fact, they refer to them as “an enemy organization”, and they see themselves as superheroes. 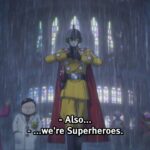 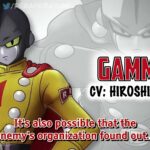 When Gamma One and Gamma Two are fighting against Z Warriors, they will see themselves as the heroes of history because the Red Ribbon Company it surely brainwashed them. We will see how dangerous these new antagonists turn out to be, but surely that Gohan, Piccolo, Goten and Trunks they will have to prepare to deal with them.

Dragon Ball Super: Super Hero will hit theaters of Japan in April of this year, but we already have its first international release date as well.

Editor’s note: Super Hero will give a chance for certain characters that were left out in the anime to steal the spotlight. I’m particularly excited to see Gohan return to his old power levels, and I hope the movie shows us some epic action scenes.

Ben Affleck reveals why he stopped being Batman in the DCEU

Interview with Giorgio Armani: “I am amazed at how consistent my look has remained”