They report that they were given the second dose of the vaccine from another laboratory: how is it solved? 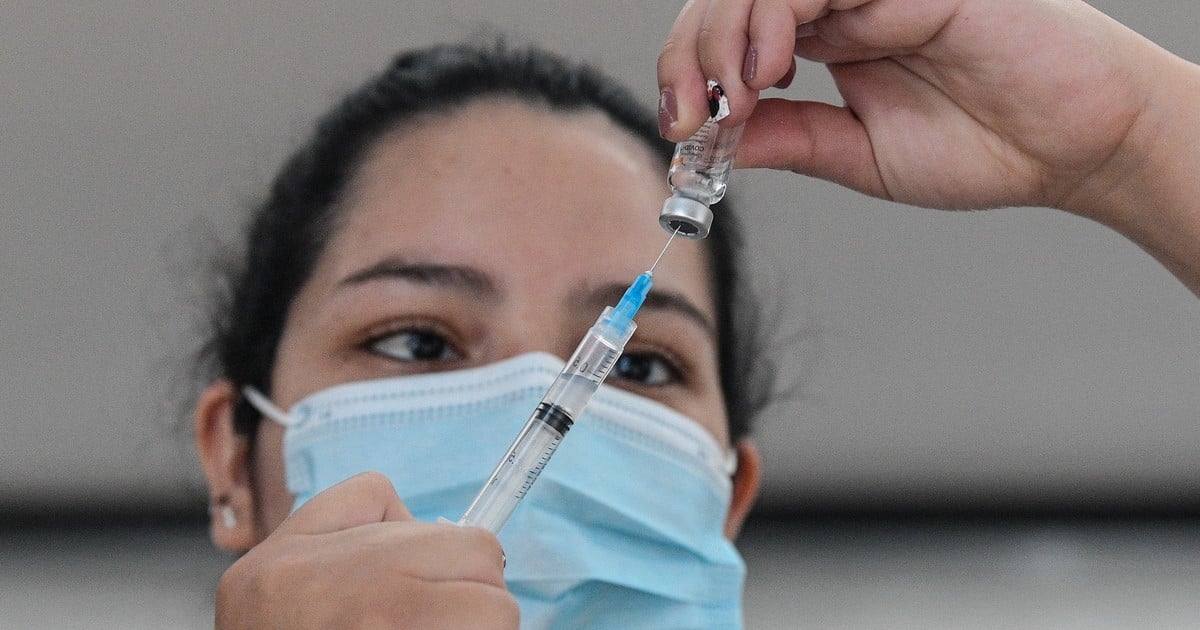 A scandal broke out in Chile in the middle of the inoculation campaign against Covid-19. In a town in the Metropolitan Region, ten people reported that in a school they got the second dose of the vaccine from a different lab to the first.

The incident occurred this Tuesday at the United States school in Saint Bernard which was attended by several people on duty to receive the second dose of the vaccine.

The ten people who reported the error had initially received the first dose of Pfizer, but this time they were given the second dose from the Sinovac laboratory.

Upon detecting the problem, a medical team took it upon themselves to notify the affected people of the error, who were still at school. “They made us go into a room where there was a doctor named Claudia, the nurse who had vaccinated us, they closed the door and left, apologizing for giving us a vaccine that did not correspond,” said Sandra, one of those affected, in dialogue with 24 Hours.

Other women, named Jaqueline Muñoz, indicated that “the answer they gave is that they could be wrong, that they were not robots and that it could happen to anyone, it was a mistake of a bad manipulation. Instead of taking the Pfizer, they took the Sinovac, so all they told us was to be calm and go home. “

Both women acknowledged that the doctors also provided a solution to the problem.

The authorities they acknowledged the mistake and issued a statement on the matter. There, the Municipality of San Bernardo explained that it was “an EPRO (programmatic error)” in one of its centers, “where a second dose of Sinovac was administered by mistake to 10 people who were to receive a second dose of Pfizer.”

They also clarified that “the ten people were kept under observation without presenting complications and they are being followed up after discharge from their vaccination.” All of them were still in school because the protocol establishes that they must wait a few minutes before leaving to check that there are no serious adverse reactions.

Finally, the statement warns that “doctors indicate that (vaccinated people) will have no consequences and vaccination with the second dose was indicated corresponding time in 21 days, for which they will be assigned a special hour. “It is not known whether they will be applied the Pfizer or the Sinovac.

The technical regulation on vaccination contemplates the case of errors of this type and indicates that “if inadvertently the second dose administered does not correspond to the vaccine with which the scheme started, the two-dose schedule should be completed with the same vaccine, this based on the lack of evidence of interchangeability of the vaccines “.

Chile, at the forefront in vaccination against Covid

The trans-Andean country, which had been one of the most affected by the pandemic in South America, is now one of the most advanced in terms of vaccination. Until last Sunday it had inoculated 25% of its population, entering the list of the five countries that lead in immunization.

Chile received just over 21,000 doses of Pfizer in December, fewer than promised, and began vaccinating health workers. But in January he received the first four million Sinovac vaccines and then it sped everything up.

Mass vaccination began on February 3 and since then Chile has vaccinated more than 100,000 people almost daily, although last week it reached the record of 415,000 immunized in a single day.

Britain The murder of Sarah Everard, 33, fueled the equality debate: "The attitude has been that violence against women is like the weather - there is nothing that can be done about it"

US forces in Afghanistan .. and questions of withdrawal