They report an accident in a shopping plaza: It was an advertisement for Fast and Furious 9 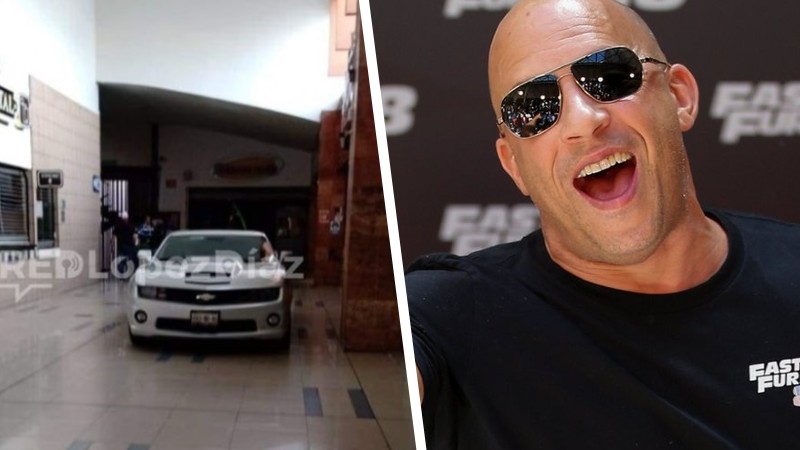 Fast and furious 9 it finally hit theaters in Mexico, and among all the incidents we could imagine, one happened that seemed unlikely.

Through social networks, some users began to report the presence of a drunk driver who had entered the food area of ​​the shopping center with his car Golden Square, on Puebla.

The original report even indicated that there was a detainee, but everything was a confusion that generated laughter, ridicule and even anger on the part of many people.

The publication caught the attention of the residents near the square, but as you can imagine, the car is simply part of a dynamic on the occasion of the premiere of Fast and furious 9.

Apparently, this news came from a comment provided by a follower of a communicator of the chain Radio Five Network, who took the photo and uploaded it to networks with the report and its watermark.

The news quickly went viral and reached the knowledge of the Municipal Police and the State Public Security Secretariat, who denied the story of the drunk driver and clarified the situation.

Of course fans of Fast and furious They soon made fun of the situation through all kinds of comments, getting the publication to increase its reach and reach more people.

The ninth installment of the saga starring Vin Diesel is already available in several cinemas in Mexico, and so far the site Rotten tomatoes places it with a score of 61%.

So now you know, if you find a luxury car parked in the food court of your nearest mall, it is just an exhibition, not a car accident.