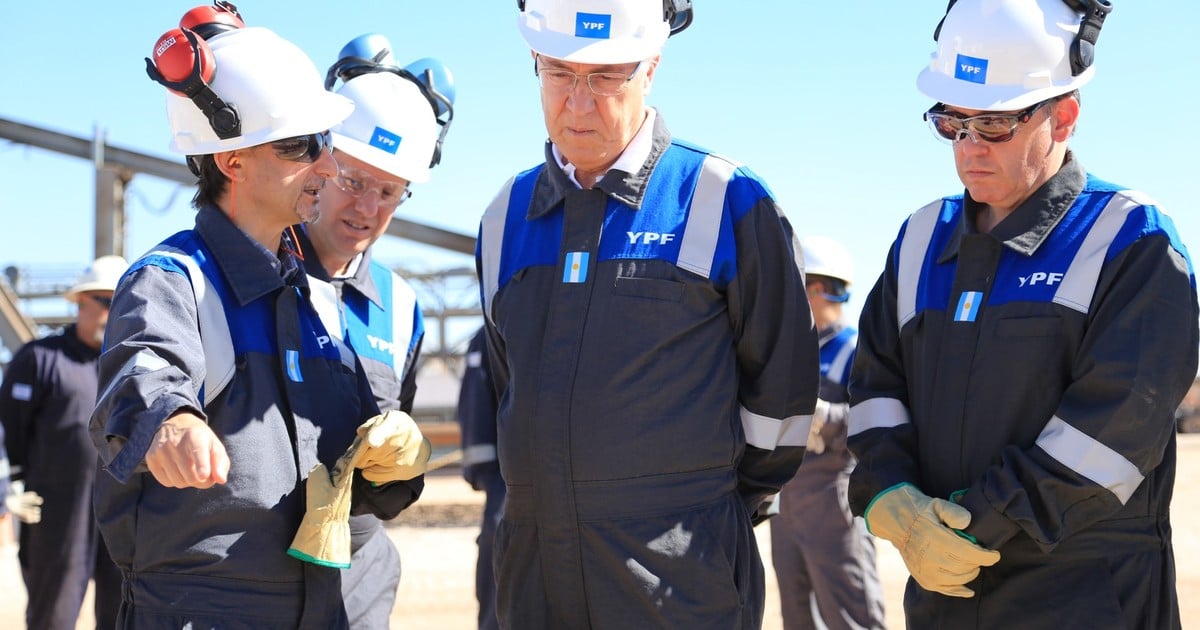 A United States finance giant released its investment recommendations for 2021 and Argentina’s options did not fare well.

The investment bank Morgan stanley suggested buying only shares of Mercado Libre, of strong growth in the pandemic, and of the software expert Globant (two Argentine unicorns), leaving aside more than 200 alternatives for placing money such as national, provincial, company bonds and private papers.

The recommendation came even before the change in the leadership of YPF that served as an argument to continue collapsing the price of the oil company’s share that, so far this month, and taking into account the 7.4% rise on Friday 22 January, accumulates a fall of 25%.

YPF’s valuation downgrade has a synthesis: Axel Kicillof paid $ 5 billion by 50% of the company to compensate Repsol for the nationalization and today the total the company is worth US $ 1.5 billion. Depreciation is in sight.

Such a low valuation is tempting; however, the buyers do not appear. They say in the market that there are no investors willing to assume the risk involved in having the papers of a firm tied to the vision of the hard kirchnerism that, in the eyes of the operators, would have made the decision to travel a path away from the ups and downs of the market.

But, as everything in the economy has a cost and beyond political desires, the tough strategy of renegotiating the debt (US $ 6.227 million) offering the market decreasing rates starting from 8.5% per annum when the country pays close to 17% annually It led to a shock that dropped almost all of Argentina’s financial assets.

The issue is technical and complex, but the core is now focused on March 23 when YPF, unable to roll out its commitments, should disburse US $ 400 million in cash.

They say in the market that it was at that point that the president of the Central Bank, Miguel Ángel Pesce, stood before the impossibility of disbursing US $ 400 million at once. It was then that the head of the oil company, Guillermo Nielsen, had to leave the presidency that had come from the hand of President Alberto Fernández.

Recent history is completed with Pablo Gonzalez at the political command of the oil company and the management of the also Kirchnerista Sergio Affronti and the financial manager Alexander Lew, who played an important role in the debt renegotiation strategy. Has the Minister of Economy, Martín Guzmán, not given his endorsement?

From politics, the strategy of Vice President Cristina Kirchner appears transparent: as with Vicentín – who later did not turn out – to take over the management of a market leader company to act as a witness to fuel prices.

Pablo González with Máximo Kirchner. The new head of YPF was “close contact” with the head of block K and forced him to isolate himself when he was diagnosed with coronavirus. Kirchnerism reinforced at the top of the oil company.

After 2020 in which fuels increased by more than 25%, this year started with increases close to 3% and with an additional 2% due to the application of a tax decreed by the Ministry of Energy. The YPF box is always important.

A short-term node for the Government’s strategy is that a good part of YPF’s income, around 70%, comes from fuel sales in the domestic market. In other words, the box depends on the dispatch of more or that it is at higher prices.

Raising gasoline to improve YPF’s cash, therefore, could collide with the official desire to contain inflation, which with the 4% increase in December rose one notch.

Perhaps that does not concern the energy authorities so much, which has been delaying the increases in electricity, gas and transport rates and let it be known that the increases this year could be around 9%, that is, clearly behind the projections inflation.

Delaying the increases in the rates of public and private services is part of the scheme to align, below inflation, some key variables in the election year.

And among them, of course, is the containment of the dollar to act as a semi-anchor against inflation. In this sense, the direct action of the Central Bank selling bonds to avoid a rise in the “dollar bag” was pronounced in the last days. That after October whatever happens they seem to say from the Government at the start of a 2021 already well complicated by the pandemic.

They say in official corridors that keeping the dollar “in cash with settlement” around $ 150 is the goal these days and that, therefore, sales of dollarized bonds would continue to grow.

Everything is to maintain financial stability after the collapse of YPF and given the impossibility of accessing the international credit market even offering bonds with 17% annual income while residents get 30-year loans paying around 4% annually. Another chance is being lost, and they go …

In Canada, the representative of the Queen of England resigns and reopens the debate on attachment to the Crown