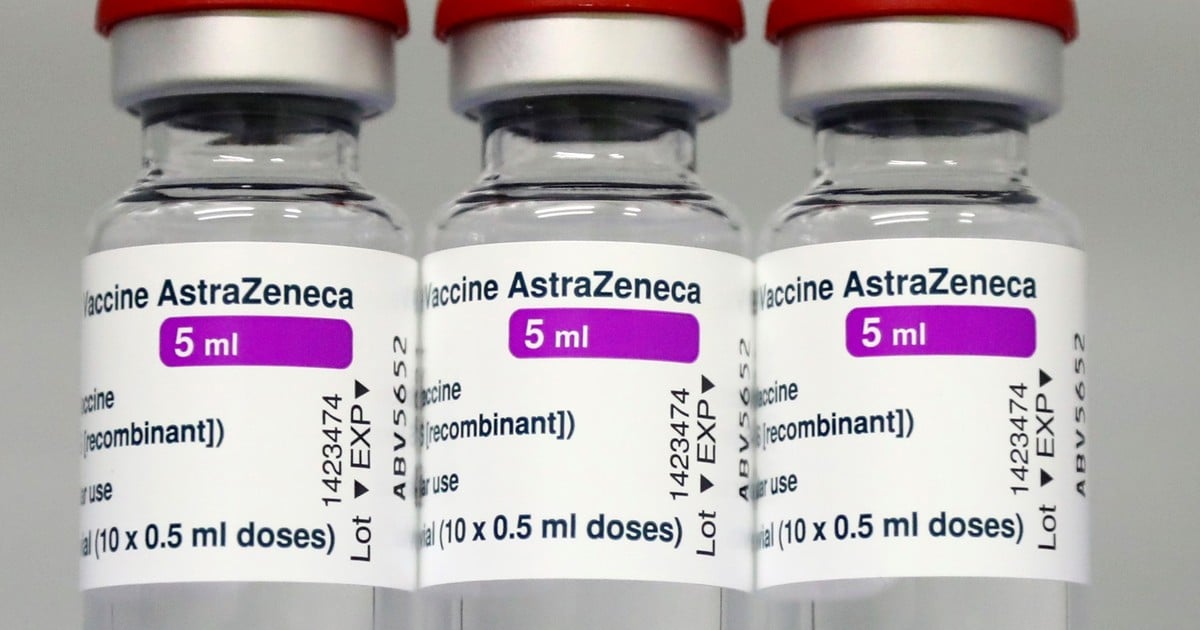 The British Swedish AstraZeneca Vaccine should not be used among those under 30 and up to 18 years of age, due to the cases of thrombi it can cause in young people, the origin of which is unknown. But those who have started vaccination with Astrazeneca, they should not switch to another vaccine, whose mechanism like Pfizer and Moderna, is completely different.

The recommendation is not to mix vaccines, unless it is unavoidable. But there are tests underway to see differences in efficiencies in them. Scientists believe that those who received a first Astrazeneca vaccine they should receive an identical second dose because only one does not protect them.

The British Joint Committee on Vaccination and Immunization (JCVI) reiterated its support to the AstraZeneca vaccine and urged all eligible to get vaccinated as soon as possible. But he also suggested that anyone 30 and younger should receive one of the other two vaccines now used in Britain: Pfizer-BioNTech or Moderna, the American vaccine that was first administered yesterday to a young Welsh caregiver.

Scientist Jonathan Van Tam considered action “A correction in progress” that it “should not slow down the rate of vaccination in Great Britain.” The benefits outweigh the risks of the Astrazeneca vaccine, at your discretion.

Van Tam called on the young people to take both doses but in the young groups it should be finely balanced. Those over 30 must make their own decision to get vaccinated but the balance is in favor of being vaccinated against the risk of Covid and the guarantees it offers.

In Zagreb, Croatia, a line to get vaccinated with Astrazeneca. AP Photo

But everything will depend on when the Pfizer and Moderna vaccines are delivered to Britain as an alternative. At least half a million Moderna could be deliveries in the month of April.

This advice from scientists to young people is based on uncertainty about if there is a link between the vaccine and “very rare” blood clots, which have occurred in a few young people who have been immunized.

The JCVI says that, as of yet, there is no proven link to the vaccine. But his caution in the current politicized debate over the AstraZeneca coup is damaging. It has also been found that there have been more cases of blood clotting than was originally suggested: 79 cases have been found, mainly among women, in Great Britain, causing 19 deaths.

This is still an infinitesimal proportion of the 18 million Britons who have received the Astrazeneca vaccine.

But it will shake up the essential ingredient that has made Britain’s immunization program so successful: the trust of the British public Is the scientists’ recommendation the death sentence for AstraZeneca? It is almost certain that, when options are available and there is sufficient supply, health authorities can favor the other two vaccines for continuous mass immunization without fear.

In France, the application of the Astrazeneca vaccine. AP Photo

In Europe, where the mistrust of AstraZeneca is enormous, the damage can already be seen. There has been a low acceptance of all vaccines in countries like France and Germany, despite a high rate of medical knowledge and experience, and a public insistence on being able to choose a vaccine other than Astrazeneca.

However, AstraZeneca remains vital to global efforts to fight the pandemic. It is cheap, it can be easily stored and modified to suit new variants. It is also manufactured in large quantities in India. There is no reason to stop using it.

Indeed, in a country like Brazil, whose leadership has been irresponsible in failing to enforce lockdowns, the death rate has risen to 4,000 a day and could exceed 100,000 this month. Only the immediate deployment of all available vaccines can begin to stop infections. This is the case of Tanzania, another nation where the denial of the virus by political leaders, it has had disastrous consequences.

Clarity of message and unity among political leaders and scientific advisers are of the utmost importance in promoting immunization. Dr June Raine, head of the UK Medicines and Health Products Regulatory Agency, said the balance of known benefits and risks of the vaccine is still “very favorable” for the large number of people.

The European Medicines Agency, which has also endorsed the continued use of Astrazeneca, has suggested that unusual blood clots should be included as side effects very rare from the vaccine.

The good news is that many vaccines are hitting the market, even though AstraZeneca remains key to vaccinating hundreds of millions of people in the poorest countries. It does not deserve to be rejected.

Britain’s “course correction” on clotting should not delay vaccination, according to British authorities. One in ten Britons has already been vaccinated.

“The risk of developing a blood clot from the Oxford-Astrazeneca vaccine is the same as that of receiving one on a long-haul flight,” said Matt Hancock, Britain’s health secretary. Ministers begin a campaign to maintain public confidence in the vaccine. That is the great fear in the British government: the loss of domestic confidence. Abroad they have it lost.

The government and leading scientists are embarking on a media blitz to convince people to keep getting the vaccine, after medical advisers said those under 30 should be offered a different vaccine due to concern. from blood clots.

Jonathan Van-Tam, England’s deputy chief medical officer, said the type of blood clot involved it was “extremely rare”. The ministers believe, however, that they need to make a new case for the vaccine.

The co-founders of the Oxford biotech company behind Astrazeneca’s Covid-19 vaccine are poised for a payment of tens of millions of pounds as it prepares to go public.

Sarah Gilbert, the Oxford University professor who led the development of Vaccitech’s coronavirus treatment, and Adrian Hill, another university professor, had holdings that, earlier this year, they were worth £ 20 million.

They created the company, which owns the biotechnology behind the Oxford-Astrazeneca vaccine, and is preparing the ground for an initial public offering in New York. The owner of Google is also expected to earn a large sum because its venture capital arm is a major investor.

Vaccitech, which was launched in 2016, played a critical role in the rapid development of the Oxford-Astrazeneca vaccine. The vaccine is sold non-profit during the pandemic. But the company is entitled to royalties and inoculation payments, which could prove lucrative, if the virus remains active in the population long-term.

Gilbert and Hill each owned more than 5 percent of the company in January, according to figures filed with Companies House. This was before a new round of funding that was said to have valued Vaccitech at about $ 425 million.

GV, formerly Google Ventures and the investment arm of the search engine giant’s parent company Alphabet, owned more than 11%. Oxford Sciences Innovation, which helps the university make money from its intellectual property, is also a major shareholder. Valuation could be affected if investors freak out after a series of negative headlines about the vaccine.

The Vaccitech company is accelerating preparations to go public after a sharp rise in publicly traded biotech stocks last year.

It has been targeting a valuation of around $ 700 million (£ 509 million) with its listing, according to The Wall Street Journal, which reported that some of its backers estimate it could be worth up to $ 1 billion by the end of this year.

Flag with swastika hung in Ukrainian positions after Zelensky's visit

Offers with Gold and Featured Offers for the week of April 13, 2021

The EU spoke about the disagreements over the “Sputnik V”