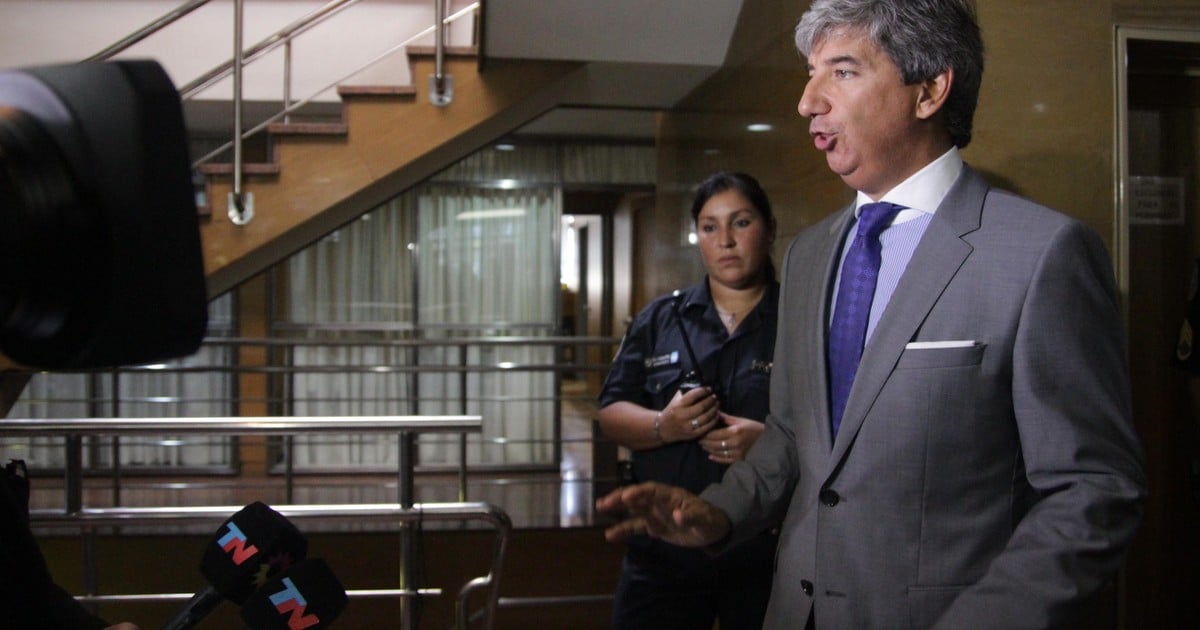 The Mendoza federal judge Walter Bento (58) was processed this Monday as alleged leader of an illicit association dedicated to the collection of bribes in exchange for judicial benefits.

In addition, an embargo of more than 327 million pesos on his property and his wife’s, Marta Boiza, judicial sources informed the news agency Telam.

The judge was charged with illicit association, collection of bribes, money laundering and illicit enrichment by granting favors to prisoners in exchange for millionaire sums of money.

The measure was issued by the federal judge Eduardo Puigdéngolas, after Bento (58), head of Federal Court 1 of Mendoza, was accused in May.

Although the Justice requested that the prosecution be made effective with preventive detention, it could not be carried out because the magistrate still has jurisdiction.

Therefore, Bento still in office and it even has electoral competence, for which its decisions are key for the future of the legislatures in the province.

Puigdéngolas works together with the prosecutor Dante Vega and previously both had ordered the inhibition of goods, property and vehicles of both Bento and his wife and also the defendant and their children Nahuel, Luciano and Facundo.

At the beginning of July, the magistrate declared in the case and denied knowing or having participated in the band. He mentioned that it was a cause in which the prosecutor Dante Vega sought “False repentant witnesses”To harm him.

In a summary of his four hours of his statement by zoom, Judge Bento said: “At no time was a delivery of money or an illicit enrichment, or an act of money laundering proven.”

And, as proof that his money was earned with his work as a judge and that of his family (his wife and two children are judicial officials as well), he said then that he had accounting reports from professionals who have examined his assets and “justify my goods and my travels ”.

How the investigation started

It was after the 2nd Federal Prosecutor’s Office of Mendoza sent for its investigation the records of a expert opinion on the phone of a detainee for drug trafficking in which messages appeared with his lawyer that reported the existence of irregular judicial maneuvers regarding the release of detained persons at the disposal of Judge Bento.

From there, the investigation began on the subscribers that emerged from the expert opinion, from which numerous text and voice messages arose in which the “judge”, the “number 1” or to the “big boss”, in supposed reference to the magistrate now processed.

Up to now, the case has 24 defendants, of which ten were arrested, three of them with house arrest.

For the investigators, Bento was part of a gang that operated with a group made up of lawyers and intermediaries, including the former customs broker. Diego aliaga, kidnapped and murdered a year ago, a fact from which the initial investigation emerged.

The decision of Puigdéngolas and Vega was known early this Monday, after the judicial fair ended, and after Bento’s statement at the beginning of July, in which he denied the accusations.

Meanwhile, at the end of June, the Discipline and Accusation Commission of the Council of the Magistracy agreed to investigate the complaint against the Mendoza federal judge, but has not yet made any decision about his continuity in office.

Faith of Danschant: Hereafter, another Action-RPG made in China to watch: watch these 12 minutes of gameplay