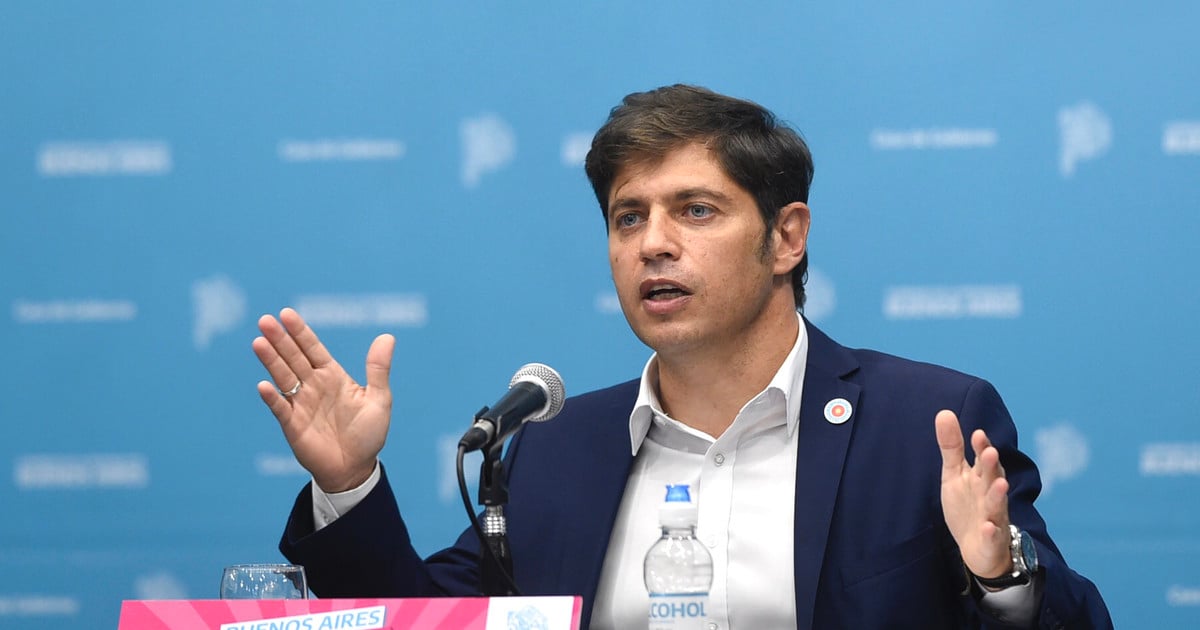 A group of legislators accompanied by parents from public and private schools of the city of La Plata, presented this Saturday an appeal for judicial protection to guarantee the delivery of face-to-face classes

The presentation seeks void the measure of the national government, which has the support of the provincial Executive, of the closure of schools for 15 days. The Axel Kicillof administration was the first district to adhere to the determination of President Alberto Fernández, through decree 181/2021.

The protection is signed by the Buenos Aires deputies of Together for Change Daniel Lipovetzky, Diego Rovella and Emiliano Balbín. They consider the actions of the national and provincial government as “irresponsible” and “contrary to the Human Right to Education “.

The progress of the amparo is unlikely to resolve, in due time and form, on the question of the eventual suspension of the application of the decree. The appeal, once entered into the corresponding judicial case, must necessarily be processed in a court lottery after the entry of the document.

However, it represents the first testimony with a legal course established in the Province. It expresses the general opinion of JpC and more submissions with the same reasons are not ruled out.

According to the argument, it was necessary to appeal to the Buenos Aires Justice “due to the repetition of errors and formulas that did not work in 2020 by the President and the Governor.” Lipovetzky mentions in a subsidiary way: “I see myself in the moral obligation, not only as a public official, but also as a parent, to present an appeal to defend the Human Right to Education ”.

“The experience of 2020 showed us that virtuality is not enough, nor is it satisfactory. The lack of presence causes serious damage to children and adolescents, in addition to the fact that there are no scientific or epidemiological data that justify not being present, ”insisted the legislator, who resides in the provincial capital.

“Here it is not about face-to-face versus virtuality, but rather that, if there is no face-to-face, in many schools in the province of Buenos Aires and also in our city of La Plata, they will not have classes, because many boys from the most vulnerable areas They do not have access to the necessary technology to be able to have their virtual classes ”, was part of the fundamentals exposed this Saturday.

Together for Change maintains, among other alleged grievances to the educational system, that violates equal rights before the law, because other federal districts have high exposure to COVID infections and they did not stop teaching normal classes. In this case, the suspension of face-to-face classes involves the Metropolitan Area of ​​Buenos Aires (AMBA).

The head of the Buenos Aires Government, Horacio Rodríguez Larreta, was in charge of initiating the judicial process to try to stop the decision of the Casa Rosada. In the province, mayors of Together for Change, such as Jorge Macri (Vicente López), expressed their rejection. Now the question enters the Buenos Aires courts.

A few hours ago, the Attorney General’s Office ruled that the Supreme Court is competent to intervene in the amparo filed by the City of Buenos Aires to enable the continuity of face-to-face classes in the district.

As in the Province, the resolution times will not prevent compliance with the official measure, in its first section at least. But the resolution of the Attorney General’s Office sets an inexcusable precedent for the evaluation of the case. It will be the ministers of the Court who decide. The ruling on the substantive issue will not see the light for several days.

In the ruling, the attorney before the Supreme Court, Laura Monti, argued that “the City has the same position as the provinces in the regulatory system that governs the jurisdiction of the federal courts and, therefore, the same right to competition originally from the Supreme Court of Justice of the Nation “.

The magistrates decide on this sensitive issue that mobilizes part of society and worries the government. Almost simultaneously with the Monti ruling, the Buenos Aires judge Romina Tesone rejected an injunction to return to face-to-face classes. The determination was Friday night. The immediate rejection affected the protection of a group of mothers and fathers through the Official Defender and Guardianship Advisory Office. The organizations tried to have face-to-face classes and to declare the unconstitutionality of DNU 241/2021 signed by the president.

The reactions also begin to involve the Interior of Buenos Aires, although on a lesser scale. In many municipalities, the spread of the coronavirus also causes restrictions to contain infections. Including the controversy of temporary opening or closing of schools.

Thus, Castelli this Saturday became the first municipality in the interior to request the suspension of face-to-face classes, as is the case in the AMBA region. The request is for “the accelerated increase in infections.”

The mayor of that city in the center of the Province, Francisco Echarren, has just confirmed the request: “I just signed the note requesting Governor Axel Kicillof to go back to phase 2 and interrupt school attendance for 15 days.”

Resident Evil Village demo goes live on all platforms – and yes, PC users have already worked out how to reset the timer