A year after the explosion that shook Beirut on August 4, 2020, leaving 218 dead, more than 7,000 injured and devastating much of the city, the Lebanese investigation into the explosion has not yielded reliable results. The families of the victims, some of whom are calling for an international investigation, spoke to France 24 about their quest for justice.

With the palms of their hands covered in red paint, women dressed in black hold up framed photos of their loved ones. Empty, white coffins, symbolizing those who died in the Beirut explosion, are carried through the crowd. The protesters throw tomatoes at the minister’s house and try to climb the walls of the building.

“Mohamed Fahmi, we will not leave you alone. Raise immunity! ”Shouts a spokesman for the families of the victims.

Hundreds of protesters clashed with riot police outside the home of Lebanon’s interior minister on July 13, amid mounting anger over the lengthy investigation surrounding the Beirut explosion.

Fahmi “is killing us for the second time,” Mariana Fodoulian, whose sister Gaia died in the explosion on August 4, 2020, told France 24 by telephone.

Gaia Foudalian, 29, a Lebanese-Armenian art gallery owner and product designer, was at home with her mother in the eastern Achrafieh district when a huge reservoir of ammonium nitrate exploded in the port shortly after 6 a.m. late, shaking the Lebanese capital with a bang that was felt as far as Cyprus.

Mariana ran alongside her younger sister after a frantic call from her mother, taking the unconscious Gaia to the ER from hospital to hospital seeking help and manually giving her oxygen in the back of an ambulance that had no paramedics. But Gaia died of a brain hemorrhage in the fifth hospital to which she was taken.

A year after the explosion, in which 218 people died and more than 7,000 were injured, none of the families of the victims in Lebanon has been called to give testimonial statements. They have also not received any kind of official apology and have not even been contacted by the Lebanese authorities.

Fodoulian is outraged that top Lebanese officials, who repeatedly ignored warnings about the dangers of explosives stored in the port, have yet to be held responsible.

“They have to pay for what they did,” said Fodoulian, who quit her job as a veterinarian so she could better focus on fighting for justice for her sister. As president of the Beirut Port Blast Victims ‘Families Association, she helps organize protests and mobilizes people on social media as part of the families’ campaign for justice.

Above all, they want answers to their “many questions.” They want to know why the ammonium nitrate was in the port, who asked for it and what happened to the rest of what was left (only the explosion of 750 tons of the 2,750 stored was reported). They want to know what other explosives are being stored in the port and how the fire that started the explosion originated.

“Knowing the truth will not bring my sister back,” Fodoulian said, “but when they (Lebanon’s ruling elite) pay for what they did, maybe we can have a change here in Lebanon and we can live in a normal country. ”.

Initially, the Lebanese authorities promised a swift investigation into the explosion, vowing to deliver “results within five days.” President Michel Aoun disparaged calls for an independent and international investigation, calling them a “waste of time.”

But for the past 12 months, the investigation into the biggest crime in Lebanon’s history has been “marked by little more than obstruction, evasion and delay,” according to Human Rights Watch.

The authorities assigned only one investigating judge to the case, while “the political class has only put obstacles and more obstacles,” said Aya Majzoub, the Lebanese investigator for Human Rights Watch.

When the first judge assigned to the case, Fadi Sawan, tried last December to accuse then-Prime Minister Hassan Diab and the three high-ranking ministers of “negligence and causing the deaths of hundreds,” he was fired.

His successor, Judge Tarek Bitar, appointed in February, took a different approach. He requested that the immunity of parliamentarians be lifted and asked permission to investigate top security officials such as Abbas Ibrahim, one of Lebanon’s top general-in-chief, about their role in the blast.

But judges in Lebanon are appointed by politicians, which means that the decision to lift immunity is in the hands of those involved.

Fahmi, the interior minister, said he would lift Ibrahim’s immunity, allowing Bitar to try him, but later changed his mind and rejected Bitar’s request, a move that sparked widespread anger among the families of the victims.

“Everyone is covering for each other,” Fodoulian said.

Only about 25 mid- to low-level officers, who worked at the port in administrative and security positions, are languishing in Lebanese prisons while official officials appointed by Bitar have yet to be indicted.

“Living near a bomb for seven years”

Government officials ignored repeated alerts, documents show, about the “extreme danger” posed by the 2,750 tons of ammonium nitrate that had been improperly stored in the port since 2014.

“They had us living next to a bomb for seven years,” said Mireille El Khoury, whose mischievous 15-year-old son, Elias, was killed in his own room by the force of the blast.

“He wanted to be an architect, like his father. He liked to tease me, saying that he would drop out of school to be a rapper. “

“I had a lot of dreams. His dreams were as big as the world and he had so much potential. If I had been born in a country other than Lebanon, it would have done wonders, ”she said, speaking in English, her voice cracking as she remembered her son.

El Khoury, whose home is located just 300 meters from the port, was furious that authorities did nothing to warn people in the area when the fire broke out in the port, moving forward for at least 13 minutes before igniting the nitrate. of ammonia.

“They could have called the firefighters to evacuate the area,” said El Khoury, who was also seriously injured during the blast. “If only they had sent a text message or told people to open the windows.”

“The least we can say is that they are inhumane,” he said, referring to the Lebanese ruling elite, noting that none of the people involved lost any member of their family on August 4, and that none had houses near the port, although the area It is one of the leading real estate in Beirut.

Now, El Khoury has little hope that the local investigation will yield results.

“We have given enough opportunities to the Lebanese system, it is obvious that it is not working. Can not. There are conflicts of interest. There are big cracks in our justice system… We need international intervention. This is a crime against human rights, ”he said.

“We have no faith that the Lebanese justice system will reliably, impartially, independently and transparently investigate the explosion in Beirut, and in a way that is fast enough for the families of the victims,” ​​he said.

“We have let the Lebanese investigation take place,” added Majzoub. “There doesn’t seem to be a clear path forward there.”

Sarah Copland was feeding her two-year-old son Isaac, sitting in a high chair, when the explosion occurred, making him an “easy target” for a glass shard that pierced his small chest.

Copland is one of the families that are asking the Human Rights Council for a resolution to establish an international mission to investigate the events and that can be carried out in parallel with the Lebanese investigation.

He would also like to see individual penalties for those responsible. “Many of these people thrive on money and power. Giving them where it hurts would be a form of individual responsibility ”.

But sanctions and resolutions aside, he wants Isaac, the youngest of the blast victims, to be remembered as the “extraordinary” child he was.

“He was such a special child, he was destined for great things and to think that he will miss it kills me every day.”

Copland, who spoke to France 24 from his home in Australia, also expressed concern that the international community has been so consumed with Covid-19 that it has forgotten the atrocity in Beirut.

Majzoub of Human Rights Watch sees glimpses of hope for a Human Rights Council resolution. However, he warns that there will be an “uphill battle” to find a country that leads a resolution, rather than simply supporting it.

“There is a very high prevalence for this step forward. If there is an international investigation, it will be very difficult for Lebanon to deny it access, ”he declared. “But fundamentally, the investigation can be carried out without the consent of Lebanon.”

“There is already a lot of evidence out there,” Majzoub continued. “People have already made statements blaming each other. Everyone wants to make sure they have given their side of the story. Imagine what it would be like with a United Nations body… suddenly everyone wants to talk ”.

For those who lost their children, their relatives, their parents and other family members in the explosion that shook the heart of Beirut, there can be no real justice.

“Nothing I think about ever feels enough,” Copland said softly. But he would like to see more support for the victims of Lebanon and for the country’s “systemic corruption” to be reformed, so that the people of Beirut can be “safe in the knowledge that this will never happen again.”

For others, the search for some kind of justice is the only thing that keeps them going.

“We have lost our hope and our life, we are living only for this case,” said el Khoury. “We will follow him until the last day of our lives.”

This article is a translation of its original in English 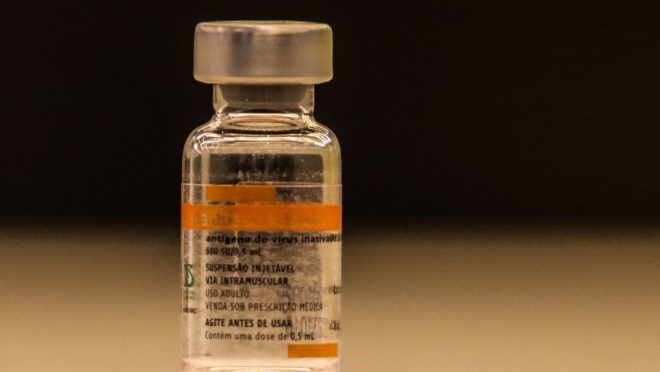