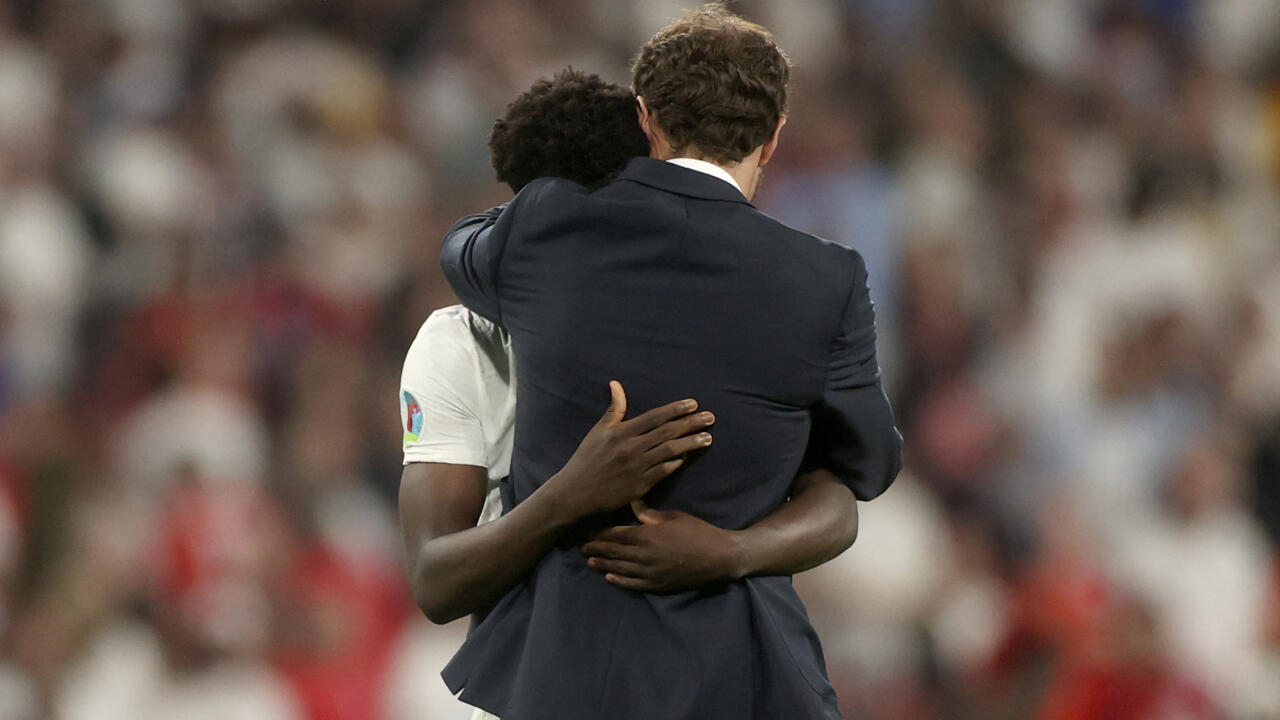 After the defeat of the English team in the final of the Eurocup, several footballers were victims of discriminatory insults for having failed their charges from the penalty spot. What happened at Wembley exposes, once again, the extent of racism in European football.

Marcus Rashford, Jadon Sancho and Bukayo Saka, three of the England footballers who missed their penalties, received hundreds of racist messages after the final at Wembley on July 11. The insults by the fans were rejected by several public figures in the country and overshadowed the performance of the national team in the championship.

The English technical director, Gareth Southgate, described in a press conference as “unforgivable” the messages towards his players. In addition, he said that the selection had been “a ray of light in bringing people together and the selection represents the whole world, so that unity must continue.”

The rejection of the racist comments was joined by Prince William, who affirmed that such actions are “unacceptable” and added that he felt “sick” because of the abuses that the national team players had to face.

I am sickened by the racist abuse aimed at England players after last night’s match.

It is totally unacceptable that players have to endure this abhorrent behavior.

It must stop now and all those involved should be held accountable. W


The English Football Federation also spoke in a statement in which they are committed to the fight against discrimination in football. “We will do everything possible to remove discrimination from the game, but we implore the Government to act quickly and pass the appropriate legislation so that this abuse has consequences,” the text stated.

In addition, the English Police opened an investigation to find those responsible for the racist publications and other discriminatory acts, such as the defacing of a Marcus Rashford graffiti on the wall of a Manchester cafe.

In the midst of the controversy, the current English Prime Minister Boris Johnson spoke through a tweet in which he defended the players he called “heroes” and said that those responsible should feel “ashamed”.

This England team deserve to be lauded as heroes, not racially abused on social media.

Those responsible for this appalling abuse should be ashamed of themselves.


However, the president’s pronouncement was strongly criticized, as it occurs in the midst of the apparent rejection that Johnson had against the symbolic actions against racism on the part of the national team players before the games.

On several occasions the team knelt to deliver a message of support for the Black Lives Matter movement. The act was booed by fans and Johnson himself has faced criticism for allegedly inciting pushback.

Thus, the racist insults after the final of the Eurocup show, once again, that racism is still in force in European football.

The controversy behind Black Lives Matters in football

Weeks before the incidents after the Euro Cup final, Southgate had released an open letter explaining the actions of his players against racial discrimination. The text said that it was the “duty” of footballers “to continue interacting with people on issues such as equality, inclusiveness and racial injustice.”

The support and unity of the team for Black Lives Matters is evident. Proof of this was the continuous act of kneeling before games, imitating the protest of the American football player Colin Kaepernick.

However, the action was not well received by some English. In fact, Interior Minister Priti Patel said a few weeks ago that she did not support footballers kneeling and that it was up to the fans if they were booed.

Although shortly after sympathizing with the players over the racist insults, people like Labor leader Keir Stramer criticized the leaders for their paradoxical statements: “The actions and words of the leaders and the inactions of the leaders have consequences. “Stramer condemned.

The racist facts come just as the England team has been widely praised for its diversity and social commitment. It is a young team, a sample of a heterogeneous England and with actions like Rashford himself that has promoted campaigns against child poverty.

It is not the first time that racism has tarnished European football. Despite the fact that the European Union of Football Associations (UEFA) has committed for years to fight against racism with a resolution of “zero tolerance”, in reality there is a long way to go.

Recently, an unprecedented event occurred in the Champions League in the match between PSG and Istanbul Basaksehir. The two teams made the decision to leave the field of play after the fourth official referred to the Turkish team assistant with an apparently racist comment.

But this has not been the only party in which racism has come to the fore. Well known is the scene in which the former Barcelona player, Dani Alves, ate a banana thrown from the stands staring at the fans. Alves’ is just one of the many times that fruit has been thrown at black players as a sign of a racist act.

In addition, several players such as Iñaki Williams, from Athletic Club, Moussa Marega, from Porto, among many others, have denounced having been victims of racist comments.

The role of social media

Racist acts have also moved from the playing field to social media. The enormous amount of posts full of insults towards the players on Sunday attests to this.

Therefore, both the technician and the English Federation called on social media companies to take forceful measures against such abuses.

The Federation explicitly called for ensuring platforms “free from abominable abuse.” In this regard, Facebook reported that it tried to eliminate racist content as quickly as possible and urged its users to make use of the tools available on the platform to block such comments.

For its part, Twitter affirmed that “racist abuse” has no space on its platform. In addition, he said he had deleted more than a thousand tweets for violating his community rules.

In parallel, the British Government is working on laws to protect users of digital platforms from discriminatory and offensive comments, as well as threats and harassment.