They investigate Lotocki, the ‘famous surgeon’, for the death of a man after an operation 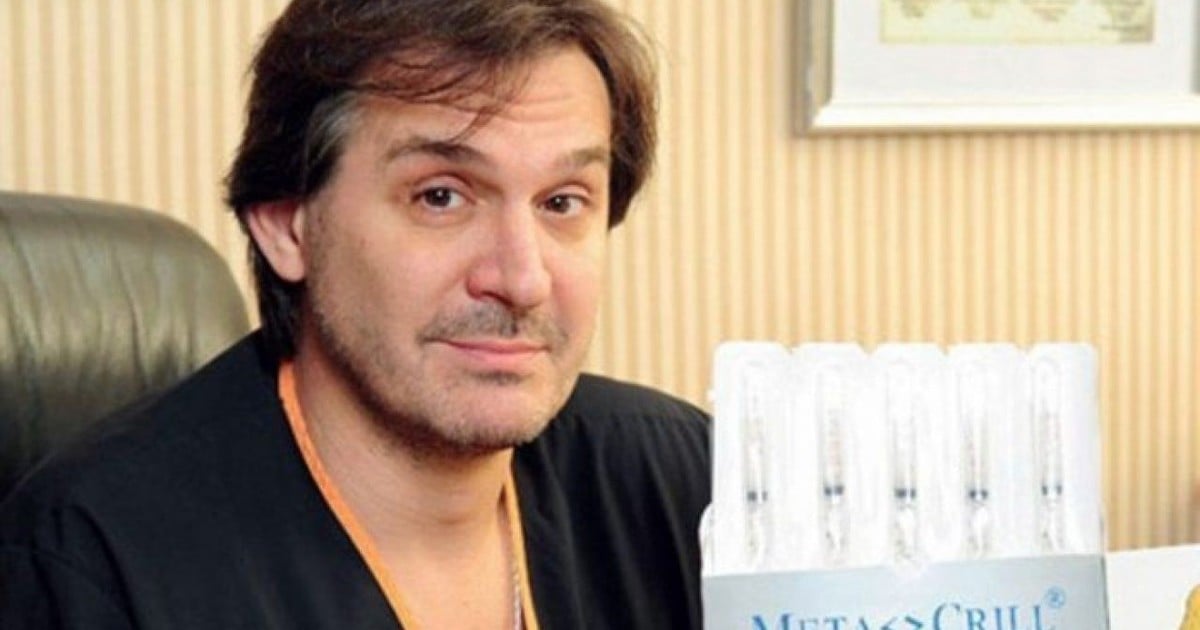 The “famous doctor”, Aníbal Lotocki, who this Friday was delayed after the death of a 50-year-old man who had undergone an intervention in his office in the Caballito neighborhood, has been investigated since the morning of this Saturday in the judge Luis Schelgel.

Lotocki, who awaits the date of an oral trial for allegations of malpractice against him on the part of the artists Silvina Luna and Viky Xipolitakis, was transferred early from the Contraventional Mayor’s Office to the National Criminal and Correctional Court 60, where they are investigating him for the crime of wrongful death after the death of the employer Cristian Adolfo Zárate, 50 years old.

Likewise, the victim’s lawyer, Mariano Lizardo, confirmed to Telam who already appeared in the file, together with Zárate’s concubine, to request to be a plaintiff in the case.

“We understand that the crime for which he should be prosecuted is homicide by possible intent,” said the victim’s lawyer, who is waiting to be part of the file to add evidence in this regard.

“He had gone for a hiatal hernia and Lotocki told him that he was being operated on by liposuction on the double chin and abdomen. He decompensated and the clinic did not have enough elements to intubate himas he had a lack of oxygen. Neither was there in the operating room what was necessary to carry out a resuscitation, they called a SAME ambulance and before he arrived he died, “said the lawyer.

According to judicial sources, everything began this Thursday around noon when the victim entered the “Cemeco” clinic, located in Colpayo 20, in Caballito, to undergo a scheduled surgical intervention.

The patient decompensated and was intubated, while clinic staff contacted his social work, from which an ambulance was sent.

Arriving at the place, the doctors said that due to the complexity of the condition they could not transfer the patient and they called a second ambulance, where they warned that he was badly intubated, added the website of the prosecutors.

At that time, the man had a cardiac arrest and they tried to revive him, without success, for which SAME was intervened, which confirmed the death and reported the fact to the local police station.

Immediately, Judge Schelgel instructed the investigation as “investigation of causes of death” and ordered the search of the clinic and the arrest of the accused.

In addition, the Forensic Medical Corps carried out an autopsy on the victim, which together with the defendant’s statement will be the elements that the judge will take into account to adopt a temperament regarding what happened and resolve their subsequent release or detention for further processing and probable preventive detention.

For years, the plastic surgeon has dragged several scandals with malpractice complaints included. In the world of entertainment he is known as the “famous surgeon”, since there were several women who passed through his clinic.

Some of the celebrities who denounced him are Silvina Luna, Virginia Gallardo and Pamela Sosa, who was his partner. And also the former model Gabriela Trenchi, who was in a coma and with her life in danger after a cosmetic surgery performed by Lotocki.

The first cause that Aníbal Lotocki faced was in 2007 for the death of Romina Vega. The case happened in February of that year. The young missionary was 21 years old and had undergone liposuction on the abdomen, waist and arms and with injection of fat in the buttocks, and died two hours later from a “fat embolism”, when she was rushed to another clinic.

The then president of the College of Physicians of Misiones, Luis Flores, had stated that the doctor had no specialty whatsoever on his resume, so his status as a plastic surgeon was false.

On that occasion, the doctor said: “It was a patient that I had operated on and who later died in a sanatorium for something else, not surgery. The Justice later investigated and found no indication of medical malpractice,” he said.

Silvina Luna was one of the famous models who also accused him. The former Big Brother underwent cosmetic surgery that, as reported, left serious consequences on her body.

According to him, the doctor did a liposuction and mixed his fat with methacrylate to inject it into the buttocks. “It hurt so much that a friend had to lift me down the stairs,” she recalled in an interview about that day.

“From there I have to consult the doctor every week; I have to take more than one remedy per day and I suffer from the fear of having something that is not right in my body and of not knowing,” he said.

Somalia, the ‘most failed state in Africa’ that lives with war and has 15 thousand child soldiers