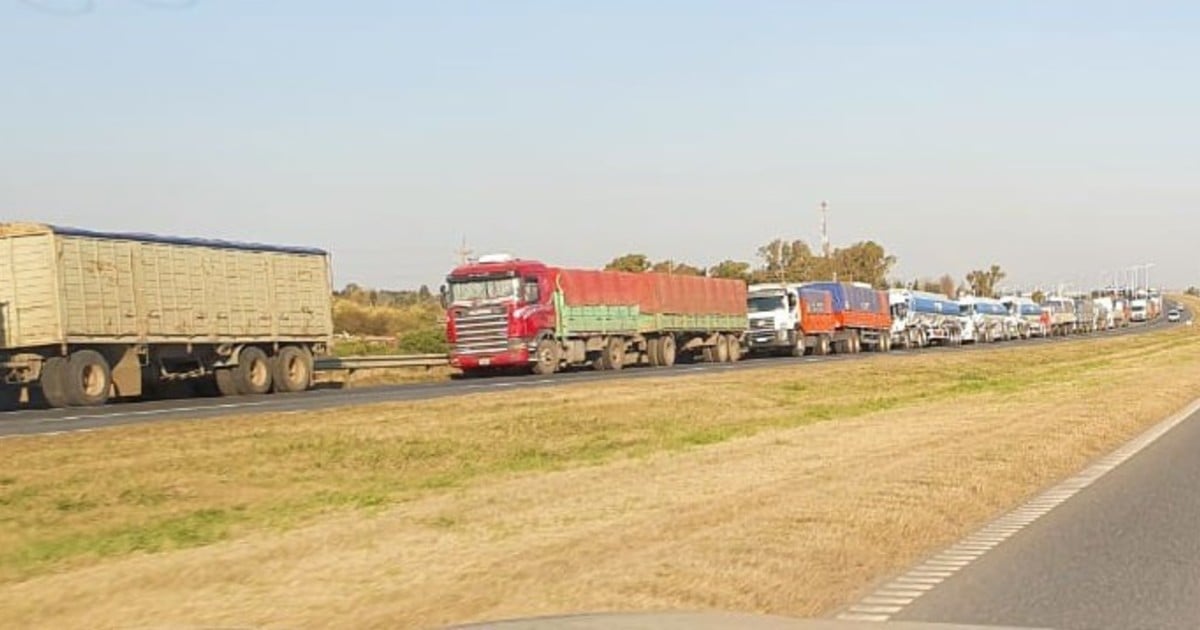 After a day of tension due to the strike by the Union Obrera de la Construcción de la República Argentina (UOCRA) that paralyzed 10 agro-export ports, this Wednesday, in the Greater Rosario area, the Ministry of Labor of the province of Santa Fe issued the mandatory conciliation, and this Thursday the first conciliation hearing between the parties will be held.

In this regard, the Santa Fe Minister of Labor, Employment and Social Security, Juan Manuel Pusineri, indicated “that all available tools will be used in order to seek agreements through dialogue, suspending the measures adopted or that they plan to carry out. the parts”.

In a sector adjacent to the Paraná River where the Argentine export of grains and by-products is concentrated, such as soybean flour and oil, products that lead the external sales of our country, this Wednesday there were demonstrations with posters and burning of tires. Thus, referents of the UOCRA of San Lorenzo prevented the access of workers in the following private ports of San Lorenzo, Puerto General San Martín and Timbúes: LDC Timbúes, Molinos Agro, Bunge (Pto. San Martín), Cargill Quebracho, ACA Timbúes, COFCO (Pto. San Martín and Timbúes), Terminal 6, AGD Timbúes and Renova.

The Chamber of the Oil Industry of the Argentine Republic (CIARA) and the Cereal Exporters Center (CEC), are considered entities outside the conflict and together with the construction contracting companies They requested the intervention of the Santa Fe Ministry of Labor.

Conflict happens in full commercialization and shipment of the soybean harvest that concluded days ago and in the middle of a historical downspout of the Paraná River, which makes the operation of the waterway difficult and expensive.

The protest began this Tuesday at the Molinos Agro plant, located in San Lorenzo, and as announced Clarion Similar measures were projected for this Wednesday in all ports.

Agro-export companies stated that “UOCRA San Lorenzo’s claim consists in trying to collect the double the normal value for each day worked in maintenance services of export plants. They are exorbitant claims and unrelated to the export agribusiness. “

They assure that “in this way they demand that the contractors that provide services to the ports pay the 100% increase per day worked, added to the 35% already granted at the beginning of the year plus the additional 20% “.