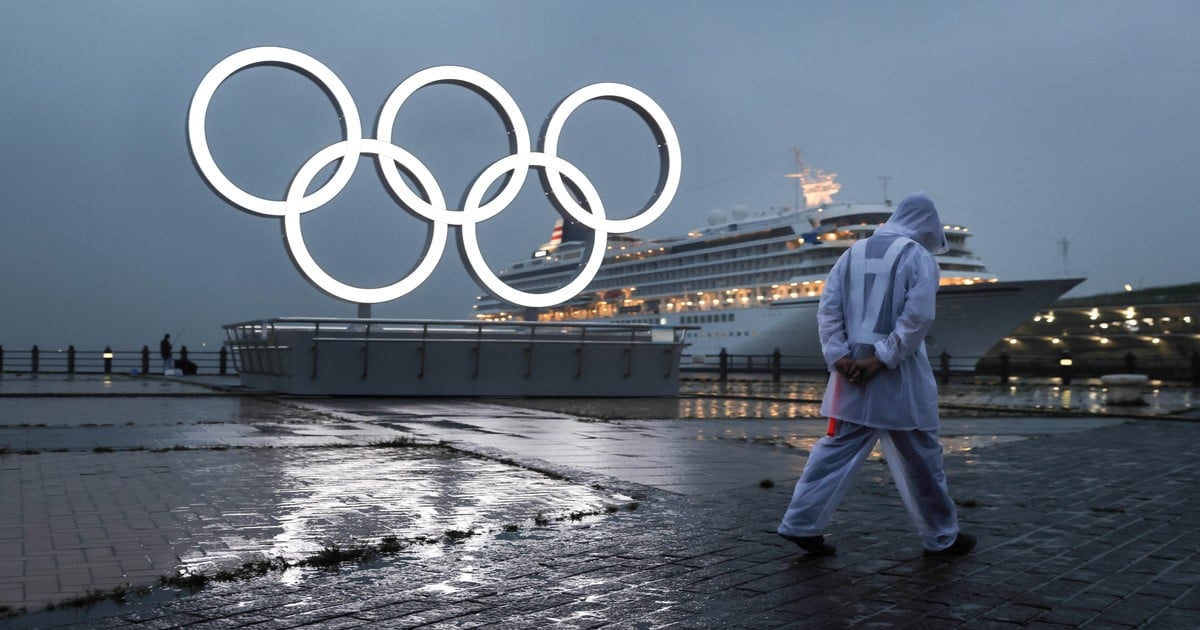 At least eight employees of the Japanese hotel where the Brazilian Olympic Judo Team they tested positive for coronavirus.

In addition, a member of the staff of the russian rugby team He was also infected, as reported by local authorities on Thursday, eight days before the start of the Olympic Games.

Health and Sports officials in the city of Hamamatsu, west of Tokyo, said the tests were taken before arrival of the Brazilian delegation, of 30 people, last Saturday.

On the other hand, they highlighted that none of the infected people was in contact with the athletes.

The news came as Tokyo prepares to celebrate the Olympics almost behind closed doors, with strict measures to avoid contagion among athletes, officials and journalists.

“Only those who have proof of a negative test they are working “with the judo team, said Yoshinobu Sawada, a sports official for the city.

“We explained to the team that only healthy workers are in the bubble. We believe they understood the situation and our anti-contagion measures“he told AFP.

Elsewhere in Japan, in Munakata, southwest, a staff member of the Russian rugby team was hospitalized after testing positive for coronavirus on a swab, a municipal authority told AFP.

Tokyo began to receive the athletes who will participate in the Olympic Games. Photo Kimimasa Mayama / EFE

The official said the team of 16 athletes and 10 staff members arrived in Tokyo on Saturday and has not had contact with other people.

The group remains confined to the hotel and he will resume his jobs on Friday, if they come back negative in Covid tests, the source added.

Tokyo is currently facing a state of emergency by the virus, with an increase in infections. The city recorded 1,149 Covid-19 cases on Wednesday, the highest number since January.

Olympic participants will be subject to strict measures and will generally remain away from the public Japanese.

The International Olympic Committee (IOC) said Wednesday that of more than 8,000 people who arrived in Japan between July 1 and July 13, only three tested positive upon entry and were placed in isolation.

IOC President Thomas Bach pledged to “bring no risk” to Japan with the Games, which will open on July 23.

The Games that were always in doubt

The president of the International Olympic Committee (IOC), Thomas Bach, acknowledged this Wednesday that this entity “hesitated every day in the last fifteen months” on the celebration of the Olympic Games that will begin next week.

“The IOC hesitated every day. When we announced the postponement of the Games for one year (in March 2020), we did not know what was going to happen. And it was more difficult than we imagined, “explained Bach about Tokyo 2020.

“We have made decisions every day and, the next day, we had to adapt and, again, three weeks later, you had to adapt“, he pointed out.

In a conversation with the main press agencies and reproduced by AFP, the German leader stated: “The challenge was also that we could not give part of our doubts because everyone had them: the athletes, the organizing committee, the Japanese government. And the COI is in a position where can not show doubts“.

“How to convince athletes to continue training, to the Olympic committees, the international federations to organize events, or to the sponsors to maintain their support, if you show a lack of confidence yourself? “, he asserted.

The Tokyo Olympics, postponed last year due to the coronavirus pandemic, will be held from July 23 to August 8 2021, after an agreement reached between the IOC and the Local Organizing Committee (LOC).

Less than a week ago, that is, less than 15 days before the Olympic event, it was finally confirmed that there will be no spectators in the stands.