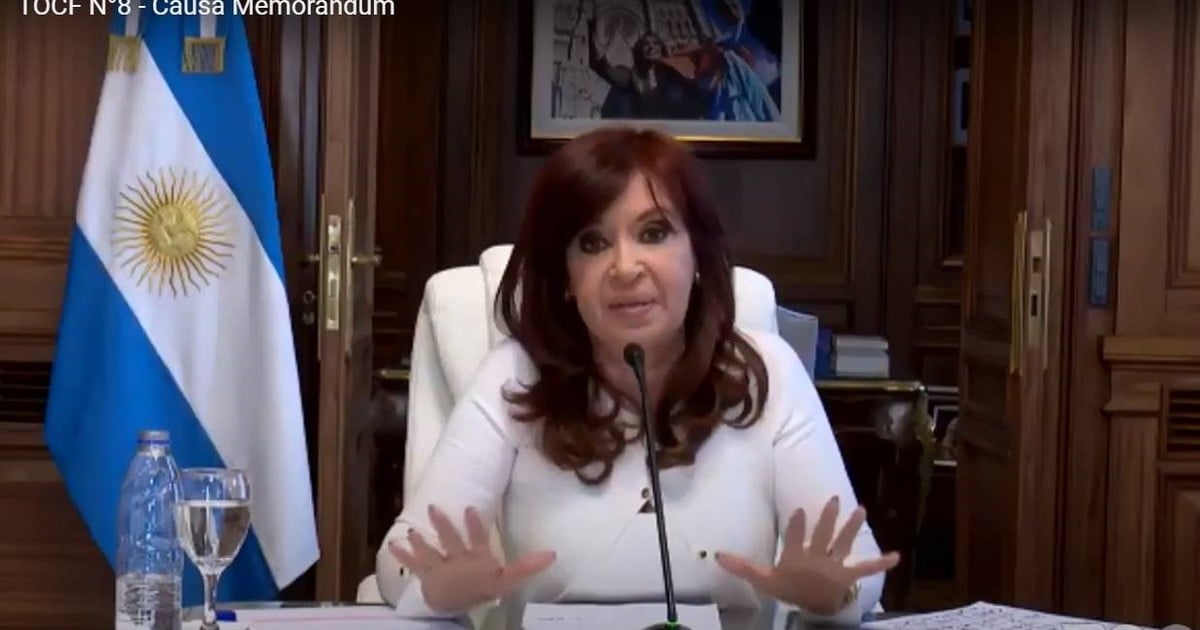 In the hearing of the trial for the Pact with Iran on Friday, Cristina Kirchner made reference to an alleged report by the Special Rapporteur on the Independence of Magistrates and Lawyers, Diego García Sayán, with harsh criticism of the “judicial table” of macrismo. But the report does not exist, explained leaders of human rights organizations linked to the UN.

The vice president affirmed about the alleged judicial persecution that she would have suffered was confirmed by Garcia Sayán in a report “lapidary” on how the Judicial Power was working in Argentina during the administration of former President Mauricio Macri.

Furthermore, in a letter prior to the hearing, Cristina stated that: “it is worth remembering the report presented in 2019 by no less than the Special Rapporteur on the Independence of Magistrates and Lawyers of the UN, Dr. Diego García-Sayán, in the which described, with absolute objectivity and with an enormous degree of detail, the way in which political power, between the years 2015 and 2019, he had interfered with the actions of justice”.

However, leaders of human rights organizations – who asked to keep their names anonymous – they denied that such a report exists. They explained that it is about a complaint that was presented by the lawyer of the former Minister of Planning, Julio De Vido, Maximiliano Rusconi, before that UN Rapporteur.

Then, the alleged document of Garcia Sayán to which Cristina referred from November 1, 2019, “It is not a report or a decision or opinion of the Rapporteur”the sources explained.

It is about of writing that normally and habitually the rapporteurs send the State in question with the allegations of the alleged victims (technically called “communication”).

In the mechanics of the UN it is said that it is a transfer (for that reason “communication”) to the denounced State, where the party’s writing is not sent, but the allegations that were made are reiterated. It is so that in the corresponding procedure the State then makes the corresponding discharge.

In that communication, García Sayán said “I would like to draw the urgent attention of His Excellency’s Government to the information that I’ve received regarding the alleged existence of a systematic and structural plan to intimidate the Judicial Power of the Republic of Argentina … “

And at the end of that writing, the UN rapporteur stated that “taking into account the information and allegations received, I would like to express my concern about them ”. All this “is the usual thing that the rapporteurs say in this type of procedure, it is strictly form“, they commented.

In the writing the rapporteur practically repeats the allegations Rusconi made the complainant, in no way endorses these allegations. See https://spcommreports.ohchr.org/TMResultsBase/DownLoadPublicCommunicationFile?gId=24920

Then the Macri government responded by filing on November 21, and there in an extensive letter made the considerations of the case “refuting Rusconi’s allegations “. See https://spcommreports.ohchr.org/TMResultsBase/DownLoadFile?gId=34967

Once the new government of the Frente de Todos was assumed, on January 6, 2020, the Secretary of Human Rights Horacio Pietragalla presented a letter saying that they do not share the answer that the Macri government had given. In addition, he asked “a new opportunity” to respond to the allegations. See https://spcommreports.ohchr.org/TMResultsBase/DownLoadFile?gId=35103

But so far, the UN Rapporteur did not make room at that request from Pietragalla. All these presentations are published on the UN website, and the last thing that is published is this writing by Pietragalla, the sources explained.