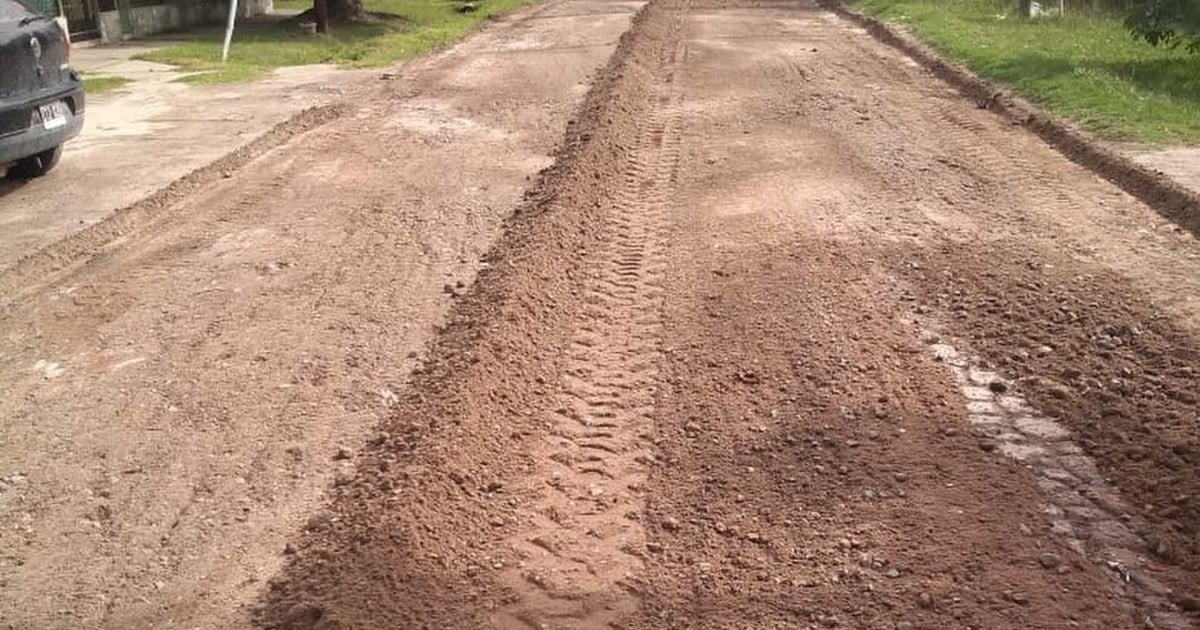 Nine out of ten pesos invested in roadworks in the province of Buenos Aires in the province of Buenos Aires they were assigned to municipalities governed by Kirchnerism. This is stated in a request for access to information made by the provincial deputy Luciano Bugallo, from Together for Change, which highlights that of $ 3,000 million tendered in the rural road stabilization works plan, $ 2,700 million were allocated to the intendancies of the All Front; that is, 90% of the total.

“That means that every ten pesos that the Province invests in works, 9 go to municipalities administered by the provincial government and one to opposition districts, “said Bugallo, who refers to Elisa Carrió within the provincial Legislature.

The legislator asked the Provincial Highway Directorate to report “the criteria used to order the distribution of funds and detail the number of roads, kilometers that will be stabilized, work budget, deadlines and if it has stages; list of districts of the province that benefited from the works of this plan and municipalities excluded from the work plan for stabilizing rural roads, and what was the criterion by which they were relegated ”.

The list of works denounced by the opposition because of how they were awarded.

The report reveals 32 tenders carried out between 2020 and 2021 in parties in the interior of Buenos Aires such as Mercedes, Exaltación de la Cruz, Chascomús, General Alvarado, Tapalqué, May 25, Carlos Tejedores, Cañuelas, Salto, Hipólito Yrigoyen, Guaminí, Benito Juárez, Coronel Suárez, Mar Chiquita, Tapalqué, Carlos Casares and Castelli, all governed by mayors who respond to the Front of All.

The The most expensive budget among all the works was the one received by the municipality of Carlos Tejedor, with $ 152.8 million to stabilize 34 kilometers of routes 70 and 226. The mayor is the official María Celia Gianini.

Meanwhile, only four works to stabilize provincial routes reached municipalities headed by the communal leaders of Together for Change. These are General Belgrano, Lincoln, Arrecifes and Coronel Brandsen, with funds that reached $ 319.3 million, 10.57% of the total. The remaining 89.43%, exactly $ 2,700 million, corresponded to municipalities led by officialdom.

In the case of General Belgrano, the repair works are carried out on routes 61 and 29, and it is a provincial investment that also includes the official municipality of Las Flores. Therefore, of the $ 152.9 million that the entire work costs, some $ 76.5 million were invested in General Belgrano, where the radical Osvaldo Dinápoli governs.

Another $ 79.5 million was allocated to Lincoln, for the stabilization of 17 kilometers of Route 70, about $ 61.8 million were invested in Reefs (in the repair of Route 191) and $ 101 million in Brandsen (for works on Route 215). The three mayors of Juntos por el Cambio who received these funds were the radicals Salvador Serenal, Javier Olaeta and Oscar Cappelletti.

Bugallo argued that “Regardless of the answer that they can give us from Highway, the numbers speak for themselves. According to what we have been analyzing and added to the data provided by the mayors, we are in the presence of a petty maneuver that highlights the policy of exercising power disciplining with checkbook and whip“.

And he sentenced: “They are fiscal resources that come from districts governed by the opposition but that when distributing them political discrimination is exercised. They do not govern for everyone, they govern for them.”

From the province of Buenos Aires, in consultation with Clarion, highlighted that the Directorate of Roads has planned an investment of $ 30,000 million in the year, to carry out works that will be carried out throughout the provincial territory.

Y specifically highlighted the work that is being carried out in the comprehensive plan to improve rural roads, the one questioned by the opposition. In addition, they ensure that work is being done on road rehabilitation, bridge reconstruction, resurfacing and completion of Highways 11 and 56.