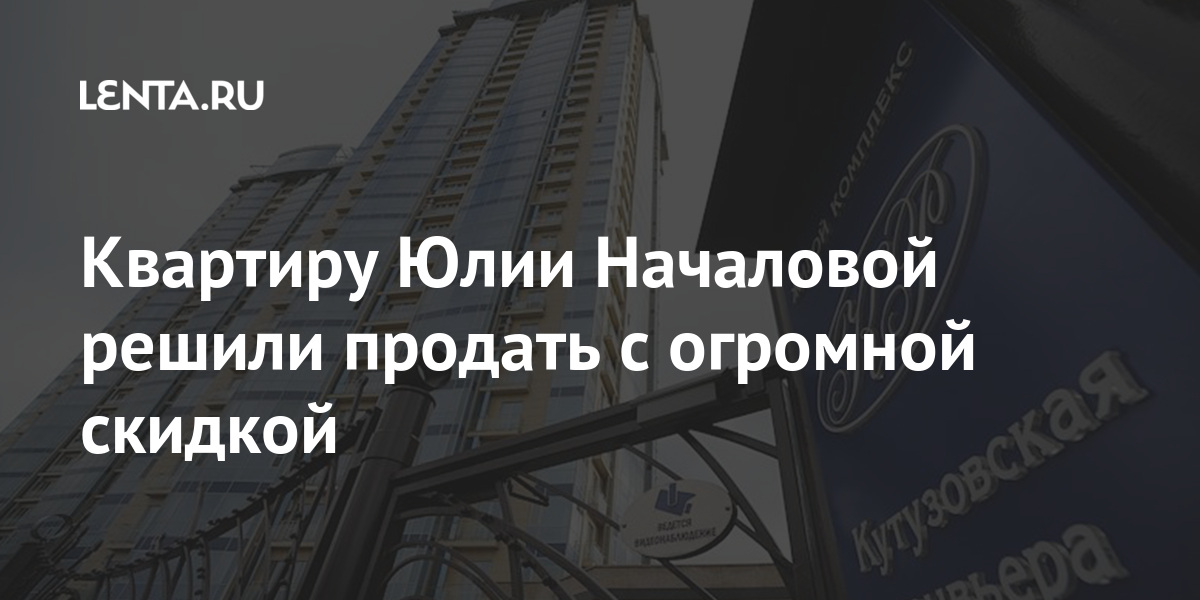 The price of the Moscow apartment of the late singer Yulia Nachalova was reduced by 10 million rubles. Elite apartments, located in the Kutuzovskaya Riviera residential complex in the west of the capital, now cost 90 million rubles, Teleprogramma.pro reports.

According to the portal, initially the singer’s relatives wanted to sell the property for 100 million rubles. So they decided on a huge discount. All issues related to the sale of the apartment are currently being dealt with by the star’s father Viktor Nachalov and a lawyer representing the interests of the family.

Nachalova inherited an elite apartment in Moscow from her ex-husband, football player Yevgeny Aldonin. Subsequently, the singer rewrote the share in the apartment to her unofficial spouse, hockey player Alexander Frolov. In return, he allegedly allocated 20 million rubles for the repair of the home and other expenses of Nachalova.

The singer’s father said last February that Frolov demanded these 20 million rubles from the Nachalova family. He called the story with the apartment “very dirty”, noting that he did not understand why his daughter went to a debt agreement with Frolov.

Yulia Nachalova died of blood poisoning and heart failure on March 16, 2019. The singer was 38 years old. The artist’s attending physician Vasily Shurov later said that the singer, until the last moment, refused to amputate her leg with gangrene. When the doctors nevertheless performed the operation, it was too late – sepsis began.

Wrath of the Druids, the first expansion for Assassin's Creed Valhalla has a release date

Corona in Germany: Federal government calls for no vacation travel – “a catastrophe”