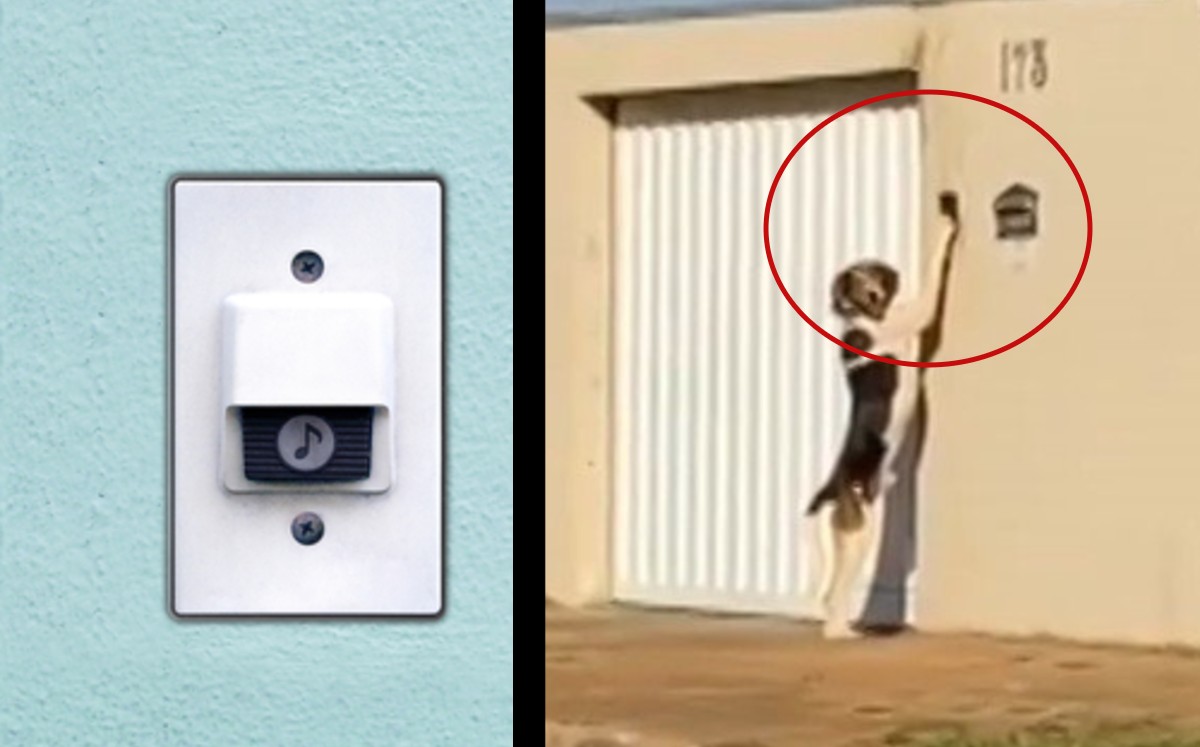 There are times when we cannot explain what happens in everyday life. There are even moments that revive the capacity for wonder. Such is the example of a family in Brazil that every day faced the uncomfortable moment when the doorbell was rung and when no one was leaning out on the other side of the door. What happened? Who wanted to bother them? So much was the concern that in their heads they came to think that it was a ghost. However, the mystery ended up being solved: it was a dog. Did a puppy ring the bell? We tell you this viral story.

In an interview for the Balanço Geral media of TV Record –which also includes Clarion– It was reported that the six-year-old dog named Faísca lives with the family of Giglio Bernini in the Alto Taquari municipality, Mato Grosso state, Brazil.

At first, hearing the bell ringing without ‘anyone’ behind the door managed to confuse the family.

“Sometimes we were busy, doing our daily routine, studying, washing dishes and out of nowhere they rang the bell at random. We were a bit confused …”, revealed to the Balanço Geral program of TV Record.

They even came to think that it was a presence from beyond that appeared in the house:

“We thought it was a ghost, because suddenly it started ringing and there were never people at the door. We also suspect that it could be children playing or someone who wants to steal the property … “, indicated to medium Globo 1 (G1).

However, the truth soon came. They decided to place security cameras to find out who or who was bothering them. To his surprise he found himself with nothing more and nothing less than his family pet.

The family puppy climbed on its hind legs and reached for the bell button. One of the times this happened was captured on video by a neighbor. Clip that immediately racked up millions of views and went viral. In addition to that it was rescued for different platforms.

“We never imagined it would be Faísca, because we didn’t teach her that”, Bernini told G1.

“He stays loose in the yard, but when someone opens the gate he runs into the street and comes back whenever he wants. We never train him. He’s very smart and funny.”added the man.

How did you learn to ring the bell? According to the man’s testimony, the puppy had been stolen a long time ago, so he considers that it was with the kidnappers that he learned to ring the bell.

“We reported in the town that they had taken him, although we could not locate him. After a while they called us and said he was on the street. Probably, the person who stole him raised him somewhere in the region and ended up escaping. He is very docile. Before the robbery, he went with everyone, but then he began to be afraid of people who are not family. Now it takes a little longer to gain confidence “Bernini expressed.