They catch a ‘narcogato’ trying to get cocaine, crack and marijuana into a jail 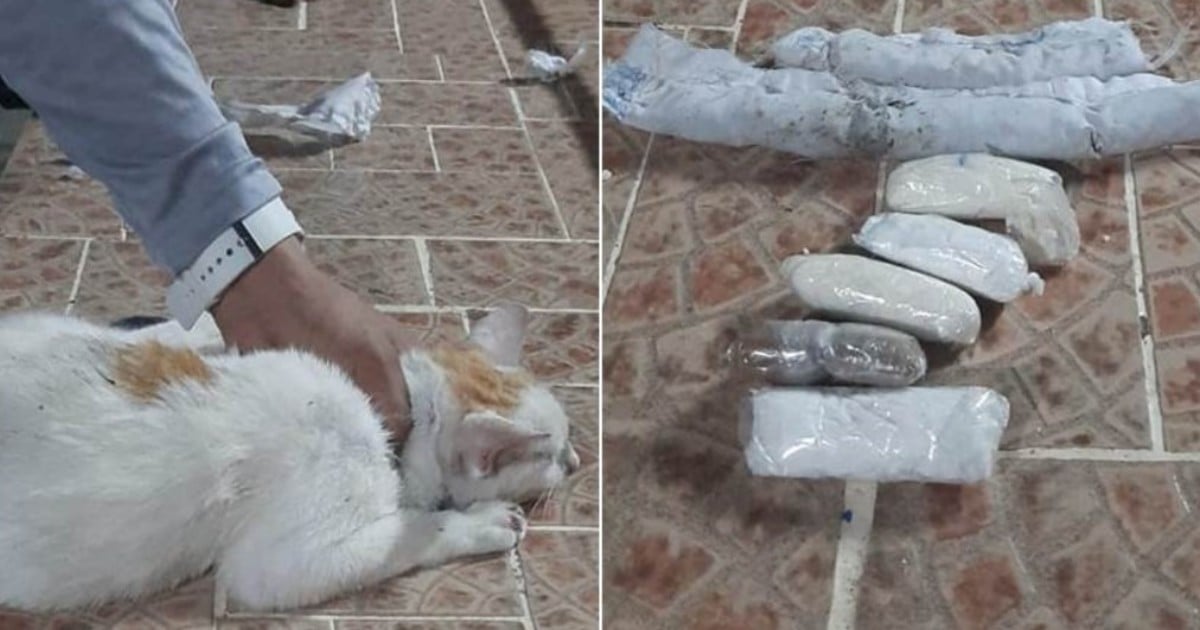 A cat was arrested when he tried to enter a Panamanian prison with drugs wrapped in his body, the authorities of the Central American country reported.

The feline was surprised by guards and police units outside the Nueva Esperanza prison, in the Caribbean province of Colón, some 80 kilometers north of Panama City.

According to the investigations, the cat was intercepted when it was going to the perimeter fence of the penitentiary center, which houses more than 1,700 prisoners.

The cat was handed over to an animal defense foundation (AFP).

HE WAS CARRYING A LOAD OF DRUGS

“The animal had a cloth tied around its neck that held two wrappers” with “vegetable matter, four wrappers lined with transparent white powder plastic and another with leaves,” explained Andrés Gutiérrez, general director of the Panamanian Penitentiary System.

The drug prosecutor of Colón and Guna Yala, Eduardo Rodríguez, told the Telemetro channel that the cat was possibly carrying cocaine, crack and marijuana.

The cat and the drug he was carrying (AFP).

The authorities suspect that, to transport drugs, the animals they are cheated with food from the prisons to make them return with the illicit substances.

The merchandise is placed on their bodies outside the jail or within the wards of the prison complexes, experts warn.

After the cat was captured, the Colón and Guna Yala Drug Prosecutor’s Office announced on its Twitter account that it had initiated “investigations into the use of animals for the transfer of illicit substances to the Nueva Esperanza Penitentiary Center.”

In the message, the prosecution adds two photos, one of which shows several packages with alleged white powder inside, while the other shows a cat, also white, with a piece of cloth tied to his body.

The Government Ministry reported that once the evidence was taken, the cat was handed over to an animal defense foundation.

The drug that the cat had attached to its body (AFP).

In Panama there are more than 18,000 prisoners distributed in 23 prisons, most of them overcrowded.

On previous occasions, the Panamanian authorities discovered the attempt by drug traffickers to enter drugs into prisons through food, clothing, pigeons or by using drones.

Corona in Germany: the seven-day incidence continues to fall to 83.1