They banned him from wearing a chinstrap and died of coronavirus: this is how the pandemic began in the United States 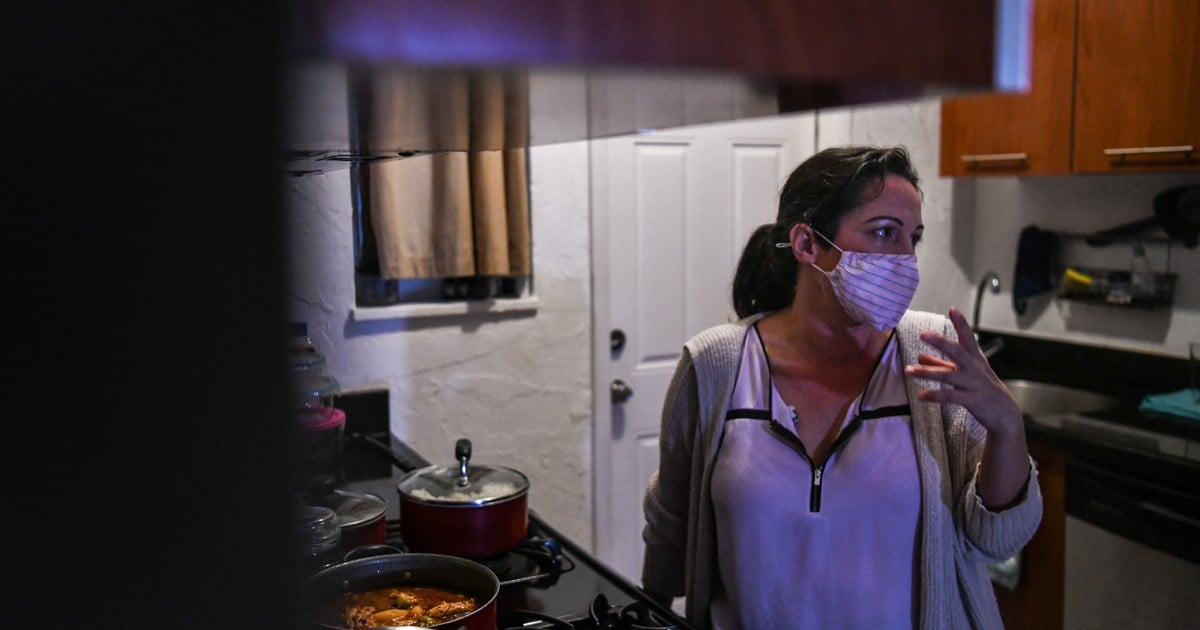 When the United States is about to overcome the sinister milestone of half a million deaths from covid-19, it seems inconceivable that a company would prohibit your workers wear chinstraps.

Nevertheless, this happened less than a year ago in one of the largest supermarket chains from Florida, when the coronavirus was spreading around the world and terror began to set in.

At that time Gerardo Gutiérrez, 70 years old, worked in a branch of the Publix supermarket in Miami Beach.

He died at the end of April after catching the coronavirus in March, that horrendous month in which the pandemic was declared, in which Italy entered a national confinement that caused stupor in the West and in which the deceased in the United States they still numbered in the hundreds.

“We were all already in a panic,” recalls her daughter Ariane, the plaintiff in a civil case against Publix for wrongful death.

There he alleges that a colleague who worked very close to Gutiérrez coughed and had other symptoms of the virus, but Publix then prohibited its employees from wearing masks, because “they didn’t want to scare customers.”

“The result was that my father passed away,” the daughter told AFP at her home in Miami Beach. “She had gone to work every day without any kind of mask or gloves, and they didn’t allow her to wear them.”

On March 23, Miami Beach was the first city in Florida to order landfill and close its beaches.

But Publix waited until the first week of April to allow its employees to voluntarily wear masks, according to the lawsuit.

The policy change came late for Gutiérrez, who was already very ill. He was hospitalized on April 10, and on April 28, his friends and family were firing him for Zoom. He died that day.

“He loved swimming. He was very active, very vital. He could have lived many more years,” says Ariane, showing photographs of the father, who was Cuban.

Two weeks ago, a judge rejected a request by the supermarket chain to treat the complaint as a workers’ compensation claim and not as a demand. The company did not respond to AFP’s request for comment.

Ariane Gutiérrez looks at the photo of her father. AFP photo

In early March, Miami Beach was still in the middle of its most touristy season. It’s the time when students from all over the country take spring break and celebrate their youth on the beaches of Florida like if tomorrow does not exist.

Much was said then about the inopportune party atmosphere of this island in front of Miami, when much of the country adopted for the first time social distancing rules –a term unknown until then.

“People were slow to pay attention,” recalls Ariane Gutiérrez. “And we still haven’t gotten over this yet.”

That month, businesses closed, the shelves were emptied and the shortage of masks became dangerous. For this reason, health authorities initially did not recommend its use to the general public, to ensure that medical personnel had sufficient stocks.

“That message at the beginning of the pandemic it was a big strategic mistake public health, “Purnima Madhivanan, an epidemiologist at the University of Arizona, told AFP.

Furthermore, in a puzzling way for healthcare workers and scientists, the mask became a political statement because Donald Trump, who was president, refused for months to wear it. Sometimes he even teased those who did.

“Those mixed messages confuse people”says the epidemiologist. “And we continue to pay for it. Masks are essential.”

One of the lessons from these episodes, according to the expert, is that, “as much as we want to say that science prevails, science is only as good as the messengers that communicate it.”

A January study from the University of Southern California found that a large majority (between 80 and 90%) of Americans believe that wearing masks is an effective way to protect against COVID-19, but only half of them use them consistently.

This shows that “knowledge does not necessarily turn into behavior”Madhivanan laments.

Initially it was believed that hot weather killed the virus, that shopping bags had to be disinfected, that race was a factor – it turns out that inequality was the factor – and many, like Gutiérrez, suffered from the damage of the virus. disinformation.

Some things have changed (Who continues to disinfect tomato cans?), But others, such as the use of masks, should be as “normalized” in the West as they are in Asian countries, warns the epidemiologist.

“We are going to have to live with the covid,” he says. “There will never be a time when we can say that the covid will be gone. We just have to learn to manage it, like the flu.”

Bennett, New Zealand champion to debut the Jumbo in 2021

Lockdown fun with a bitter aftertaste: This is what Merkel and Co. would look like with a corona mane – pictures go viral

Football Qatar opens up the possibility that the World Cup will sell alcohol to ordinary fans – in expensive pens, liquor flows freely