They asked for 5 years in jail for a driver who ran over and killed a child, but the trial was delayed by a scandal 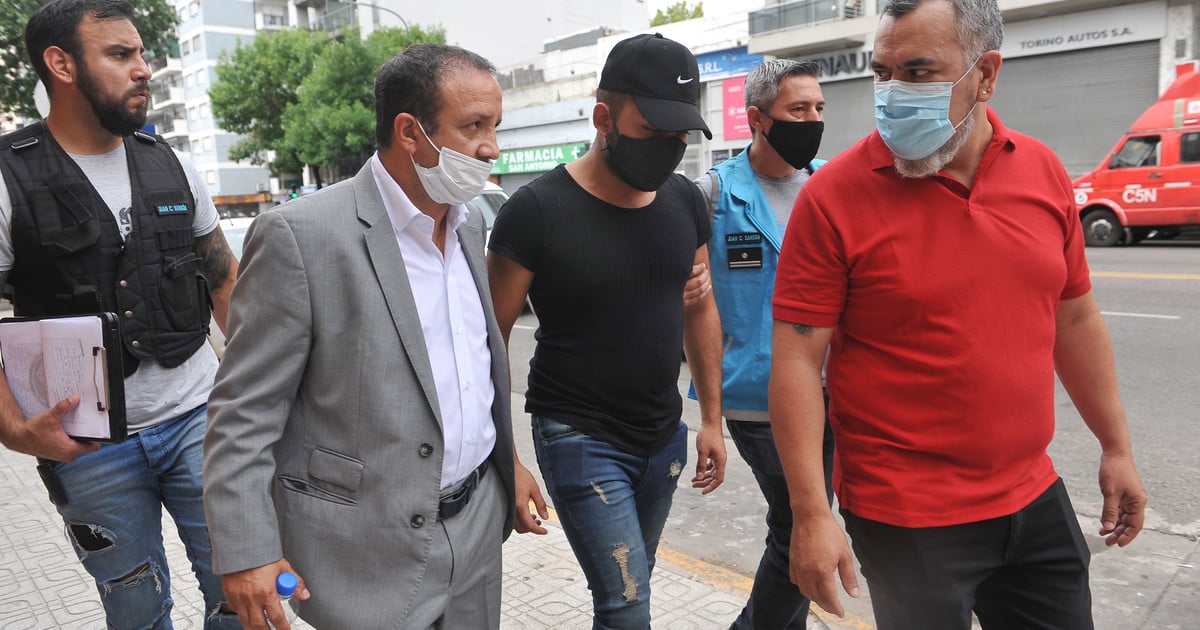 The judgment against Ricardo Emanuel Papadopulos, the young man who ran over and killed Isaac Sus, a four-year-old boy who was crossing Directorate Avenue hand in hand with his mother, in December entered the final stage, although an incident that occurred at the hearing this morning could delay the reading of the verdict.

This Monday, the trial prosecutor Ignacio Mahiques and the Public Defender for Minors and Incapacitated Silvina Céspedes presented their allegations. On June 14 it had been the turn of the attorney for the complaint, Gabriel Becker, who had requested an exemplary penalty of six years in prison and 10 years of disqualification from driving.

During the hearing, which took place virtually, by Zoom, the prosecutor Mahiques and the defender Céspedes agreed on the same request for conviction: five years in prison and 10 years of disqualification from driving.

Ricardo Papadópulos had no driving record at the time of running over and killing four-year-old Isaac Sus.

Papadopulos, who was prosecuted and remains stopped, He is being tried by the Oral Criminal Court 15 of Capital, in charge of Judge Gabriel Vega.

The 21-year-old is accused of the crime of aggravated wrongful death, both for reckless driving and for fleeing the scene without helping the victims. Also, the serious injuries that he caused to Isaac’s mother, Débora Inés Agosti, after running over her weigh on him.

On the night of December 17, 2020, Papadopulos Driving a white Volkswagen Golf GTI without a license when he ran over and killed Isaac Sus. Son and mother were crossing the Avenida Directorate, at the height of San Pedrito, in Flores, and they did not have time to react: in seconds, Papadopulos charged them and Isaac died shortly after.

Isaac had blue eyes, the same as his mother Débora Agosti.

Since that day in December, six months have passed and Papadopulos has not yet been transferred to a Penitentiary Unit: continues housed in the Mayor’s Office 14 of Palermo, where he turned himself in after being a fugitive for eight days and from where this Monday he connected by videoconference to the hearing of the trial against him.

This morning the defense of Papadopulos was also scheduled, but an incident that occurred in the middle of the hearing delayed the process and delayed until July 12 the presentation of Fabián Améndola and Fernando Burlando, the lawyers of Papadopulos.

The event occurred during an intermission period, at the end of the statement of the prosecutor Ignacio Mahiques and while the turn of the Public Defender of Minors and Incapable was awaited.

The microphone of the Sus family’s lawyer, Gabriel Becker, was enabled and allowed to listen to a telephone call with his colleague David Berstein, whom, according to the agency reproduces TelamHe told him: “I am surprised (with the penalty requested by the prosecutor), this changes everything.”

“It is not what we had discussed (with the prosecutor). The envelope must not have arrived or it was surrounded,” Becker added, always as reported by Télam. The audio was then muted by a court official.

Once the recess was over, Améndola, one of Papadopulos’ lawyers, presented the situation to the judge and requested the momentary interruption of the trial.

Meanwhile, the other defender of the accused, Fernando Burlando, described the fact “extremely serious” and asked that a determination be made for the possible commission of a crime, since Becker had not identified who the envelope was addressed to and by whom.

Finally, the prosecutor Mahiques said he was offended and hurt by the statements, although he clarified that the statements of the lawyer for the Sus family did not hinder the development of the trial, so asked that the episode be shelved.

Judge Gabriel Vega listened to the different parties, gave a verbal warning to the lawyer for the complaint and decided to go to an interim room until July 12.