They ask for the arrest of Juan Suris, the financier of Bahía Blanca linked to Lázaro Báez 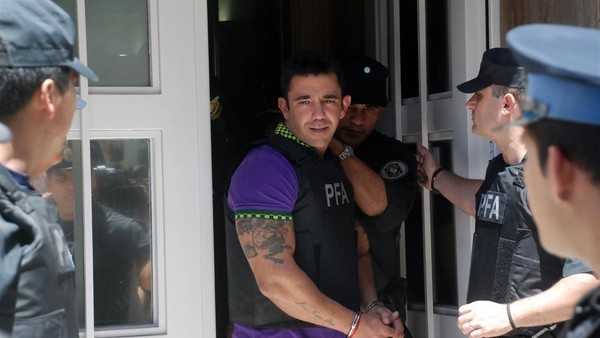 Waiting for two oral trials and a new arrest warrant to be resolved. It is the current situation, one delayed, another urgent, in front of the federal justice of Bahía Blanca, of Juan Ignacio Suris, who was imprisoned for 3 years and 8 months, between 2014 and 2017.

His freedom, granted in September of last year, is now threatened by a request from the prosecutor Santiago Ulpiano Martínez to Judge Walter López Da Silva. He asks him to arrest him for money laundering, originated in two illicit activities for which the businessman from Bahia is still waiting to be tried.

Suris is accused of leading a drug gang that broke up between the end of 2013 and 2014 in Bahía Blanca. In January of that last year, his girlfriend at the time was captured at the exit of the apartment in the Buenos Aires neighborhood of Belgrano, the star Monica Farro.

In addition, he is charged with the leadership and organization of an illegal tax association, through the creation, use and marketing of trout bills. In his statement before the Bahian justice, Suris claimed responsibility for the maneuver and sought to separate five other members of the group, one of them, his father.

In both processes, already brought to trial, the Oral Federal Criminal Court (TOCF) of Bahía Blanca has not yet defined the dates of the hearings. The debate over the commercialization of drugs has been pending since 2016, when Cassation annulled the ruling of the Bahian TOCF that considered some key wiretaps void and acquitted Suris, along with his alleged accomplices.

Meanwhile, on November 25, 2015, the federal court 1 of Bahia closed the stage of evidence of the file for the apocryphal invoices, derived from an investigation opened by the AFIP in 2011. There Suris is accused of provoking to the Treasury an estimated damage of $ 15 million.

A similar figure to that detected the Financial Information Unit (UIF) in bank accreditations in his name, between 2008 and 2011, as argued by the prosecutor Martínez. Another $ 18 million would have circulated through at least six shell companies createsgiven by Suris himself.

These are “CVP INDUSTRIA SA”, “M-MAGMA SA”, “ATTIMO BAHIA BLANCA SA”, “E&J ARGENTINA SRL”, “SCARSUR BAHÍA SA” and “BAHÍA ACOPLAR”. They are related to the firm Iberoamericana de Servicios SA, of the Bahia group Pedraza, linked to Lázaro Báez, in another illegal tax association, set up on the operation of trout invoice plants and that would have evaded to the Treasury about $ 670 million.

In that file, the Patagonian businessman linked to the Kirchners has been prosecuted since December 2019 along with two other commercial groups from Bahia, Ficcadenti and Ferreyra, a financier and an accountant, the latter, also linked to Suris.

This link, at least indirect, between Báez and Suris is expressly mentioned in the arguments by which The Oral Criminal Court 4 (TOCF 4) of the Federal Capital sentenced the Patagonian businessman to 12 years in prison last February, in the case for the Route of Money K.

In the foundations of that ruling, known last week, the bond of friendship between Suris and the repentant Leonardo Fariña is also highlighted. “Fariña’s relationship with Suris, with great media coverage at that time, also had a significant impact on the advancement of this cause: it demonstrated a” modus operandi “on Fariña’s part,” TOCF 4 highlighted in its resolution.

According to the court, “the most complete reflection was evidenced in the wiretapping collected in the investigation of Suris in the Federal Justice of Bahía Blanca” and related to drug trafficking. He cites the intercepted dialogue between Roberto Jaime Erusalimsky, buyer of the El Carrizalejo ranch in Mendoza, and Fariña himself, through a telephone line that belonged to Suris.

In that talk, “Fariña seems to consult Erusalimsky about the possibility of ‘putting’ in ‘some entity to transfer it to another country ’90 million dollars’ that were ‘physical’ in Portugal, and thus ‘banking’ that money and power transfer them to a Central American country – according to Fariña’s own sayings – “he quotes verbatim the TOCF ruling 4.

“Erusalimsky suggests the possibility of managing the operation but expressly clarifies that with him it will not be cheap,” add the judges, according to the case in which Suris was investigated as the leader of a drug gang.

In the arrest request submitted by Martínez to Judge López Da Silva, the request for prosecution, without preventive detention, for six other defendants is also included. They are Eduardo and Guillermo Suris (Juan’s father and brother), Nicolás Ibarra Gutiérrez, Flavio Rodrigo Carrano, Domingo Tomas Goenaga and the accountant Rogelio Alberto Chanquía.

The latter is being processed as the organizer of the fiscal illicit association led by Báez. The prosecutor also asked for lack of merit for Suris’s ex-wife, Paula Wagner, the National Tourism runner Juan Pipkin and Javier Rodríguez.

The cause of the trout bills involving Báez was in 2015 by Judge Alejo Ramos Padilla, former from Dolores and current from La Plata. According to judicial sources, the recently appointed federal electoral judge for the province of Buenos Aires, he retained the file in his office, while the investigation was delegated to the prosecutor. This was one of the reasons why the senators of Together for Change challenged their bid to go to La Plata.

Emily in Paris 2 started recording: Lily Collins and the cast arrived in France