They are looking for Maia with more than 1,000 troops, trained dogs and helicopters 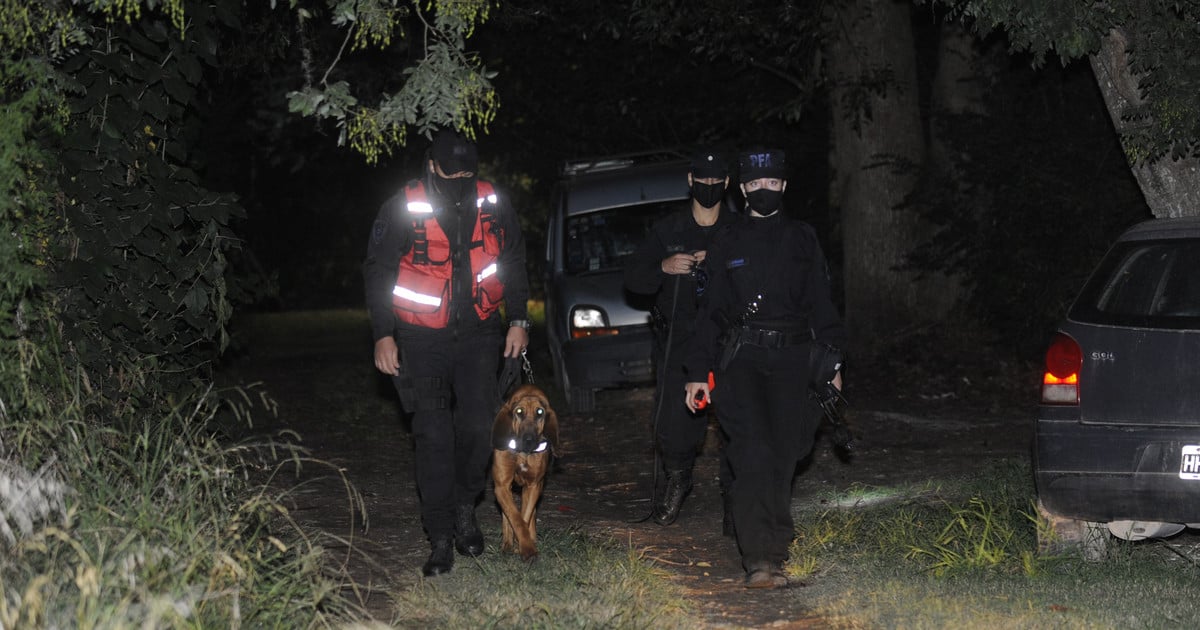 The images from the cameras and the account of witnesses who saw Maia next to his kidnapper, Carlos Alberto Savanz (39), marked the pulse of the third day of search for the seven-year-old girl missing from Monday in Parque Avellaneda. Unlike Tuesday, when it was not known where the suspect had gone with the minor, this Wednesday all roads led first to Moreno, in the west of the Conurbano, and then in Luján. More than a thousand agents participated in the operation.

The last known clue until the night of this Wednesday located Maia in the direction of Luján, on top of a bus. Before another camera showed them going towards the Luján zoo. “He had promised him that he was going to take her to the zoo,” Estela told the investigators, according to the Buenos Aires Security Minister Sergio Berni at the last minute.

In that line also appeared a Savanz bicycle that he would have used until a week before Maia’s disappearance. “We found a person who apparently his story would be important in Luján,” said Berni in a conference at night.

In the last hours of this Wednesday, the search was concentrated in the Los Laureles neighborhood of Luján, where a witness said he had seen the kidnapper Tuesday shopping at a delicatessen.

Throughout the afternoon of Wednesday, the focus of the search had been concentrated in the vicinity of the West Access collector, between the border of Moreno and General Rodríguez. It was due to a video from a security camera that showed Savanz, alias “Poqui” or “Carlitos”, on his bicycle carrying the baby in the back. In the image they are seen passing in front of a stopped car. A few meters from the place where they were last seen, the investigators set up an operations center on the Fatima Church property.

Police raking in the Los Laureles neighborhood of Luján on Wednesday night. Photo Fernando of the Order

With the hypothesis that the route of more than 30 kilometers that the kidnapper made ended between La Reja, in Moreno, and General Rodríguez, the search was concentrated in that area. More than a thousand agents of the Buenos Aires, City and Federal police toured properties in the area, the vicinity of the highway and rang the bell at each house to ask if anyone saw Savanz or the girl.

The operation that later moved to Luján has trained dogs in search of people, motorcycles, trucks and helicopters.

Maia disappeared on Monday at 8:52 a.m. from the Cildáñez neighborhood in Parque Avellaneda, where she lived with her mother, Estela, on the streets. Savanz, a cartonero who led a nomadic lifestyle, according to his brothers, had started bonding with Estela and Maia about a month ago. The man began to gain the baby’s trust through gifts and games during outings to collect cardboard that they shared with their mother.

On Monday morning, “Poqui” offered Maia to exchange her bike for a bigger one and asked her to accompany her. Since Estela had seen how well the man treated her daughter, she gave her permission to go with him “to the other side of the avenue.” As the hours passed and Maia had not returned, the woman decided to file a complaint.

On Tuesday, after 24 hours without news of the girl’s whereabouts, residents of Cildáñez intermittently cut the Dellepiane Highway at the height of Mozart, demanding that the search be intensified. “The earth swallowed her up”, her family said on television mobiles, as there was no indication of where the baby could be.

On Wednesday the investigation changed course when the images of the security cameras of the City of Buenos Aires, the Sarmiento railway and different districts of the western suburbs showed the journey that Maia’s captor made with the girl from Villa Lugano to Moreno.

Police forces concentrated in front of the Basilica of Luján, as part of the operation to find Maia on Wednesday night. Photo Fernando of the Order

The first record corresponds to Dellepiane and Escalada’s chamber, at 8:52 a.m., near the area where the girl lived with her mother. At 9:21 am, another video placed them on Zelarrayán and Avenida Argentina. Thus they appeared successively at different points in the direction of the Liniers train station, where 3257 plate RC12 rose to the formation, meaningful to Moreno.

The train ended the journey in Castelar due to a technical fault and at 10.13, Maia and the kidnapper they went down. They were recorded by a camera at the station. At 10:30 they left the station and ten minutes later they were seen in Sarmiento and Santa Rosa, entering Ituzaingó. Later, Savanz and the girl were seen at the Barrio Alberdi bakery, in Muñiz 595.

There the man asked for some bread and according to the testimony of the employee, they went to the side of the highway. On the way they were searched at different points until at 11.04 they appeared at the Acceso Oeste and De la Guitarra collector. Later, it already appears under the Camino del Buen Ayre bridge, passing to the Moreno district.

An hours later Savanz and the victim were seen on the outskirts of shopping Nine, on Avenida Victorica and Colectora Sur of Acceso Oeste. The two of them were walking next to the bicycle.

At 13.33 on Monday another camera took them again on the West Access. But when it was thought that this was the last record of the man and the girl, in the afternoon a new film showed them in front of the Luján zoo. Then, according to lawyer Rodolfo Baqué, they would have taken a bus in the direction of the city of Luján.

“This is like a treasure hunt,” Buenos Aires minister Sergio Berni said of the operation. Photo Fernando of the Order

“This is like the search for treasure, you go from one objective to another,” said Berni along with his counterpart from the City of Buenos Aires, Diego Santilli, and the Buenos Aires Secretary of Justice and Security, Marcelo D’Alessandro. “We are on the right track, but three days behind,” he admitted. In addition, he asked “to understand the idiosyncrasies of the environment where Maia moves.”